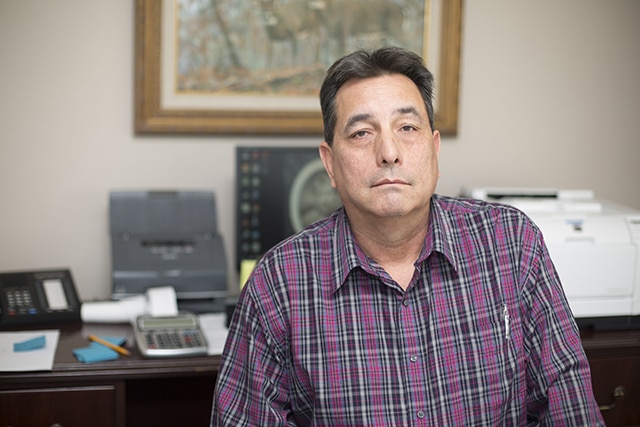 One doesn’t typically think about a roof until its missing. For many in Pottawatomie County, Oklahoma, a lack of adequate housing is a real concern though. With a poverty rate of more than 18 percent, a significant portion of Pottawatomie County residents rely on Native American-run housing authorities like Citizen Potawatomi Nation’s Tribal Housing Department. Overseeing this provision of safe and affordable housing is Director Scott George.

An Osage Tribal member raised in Hominy, Okla., George followed the path of many a Native American athlete upon his graduation from high school to Lawrence, Kan., home to Haskell Indian Nations University.

The linebacker and quarterback spent two years there on the gridiron and in the classroom before returning to Osage County to work in the then-booming oil fields.

A decade in the oil industry is an impressive accomplishment in any age, but George like many longtime oil field hands, the turbulent 1980s were the final straw. Oklahoma’s oil patch was hard hit by the industry’s downturn, followed by the subsequent bank run following the collapse of Oklahoma City’s Penn Square Bank 1982.

“I went from one oil bust to the next. The last one came in 1986, so I got out of it and began working in Broken Arrow, Okla. for a nursing home for disabled adults,” explained George. “I became a job coach for these individuals, where I found employment opportunities for them.”

George would interview potential employers about their needs and pair up as many of his clients that each job required. Funding for the employees’ salaries was subsidized by the U.S. Department of Labor, giving George an insight into working on public-private partnerships using federal funding resources.

“We had some good success stories with individuals who had been institutionalized their entire lives that were holding down jobs.  It was rewarding for them and for us to watch them grow,” said George.

By 1994 though, a newly married George began working for the Sac and Fox Nation Housing Authority as a grant manager. He oversaw two grants, one for youth sports and another for a drug elimination program. When that grant ended its funding cycle, George became immersed in the intricate art of grant writing, helping the tribe renew the funding. That experience resulted in his inclusion in the grant writing process for the Sac and Fox housing authority under their housing director Bob Carlile. There, George began to familiarize himself with Native American Housing Assistance and Self-Determination Act of 1996, or NAHASDA. The funds from that act provide financial backing for tribal housing programs nationwide. 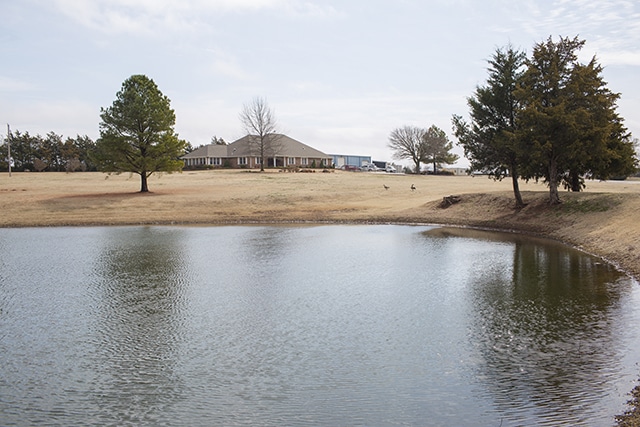 When Carlile left the Sac and Fox Nation for an opening at CPN, George stepped in as the housing director for several years before moving on to the same position with the Delaware Tribal Housing Authority. He drove each week from his home in Oklahoma City to his office in Bartlesville, Okla. while working for the Delawares. Though the job was fulfilling, three years of that long commute led George to call his old boss Bob Carlile for any openings closer to home.

Starting off as an affordable rent manager at CPN, George’s tenure coincided with the significant growth of the Tribe’s assets. Fr. Murphy  Housing Phase 1 was then the only CPN-owned housing project, though Fr. Murphy 2 and Citizen’s Place housing developments were in the planning stages.

Amidst the rapid pace of new construction and expanded housing opportunities in those early days of the new millennium, Carlile told George of his intention to eventually step down as housing director.

“He pulled me aside and said he was going to retire,” recalled George with a chuckle. “I didn’t think much about it, but he proved me wrong when he retired. Eight years later.”

In 2013, George became the CPN housing authority’s director, a familiar position that continues to be a fulfilling endeavor to the man who once helped place institutionalized adults into the workforce.

“As far as being able to help people, the reward is still there,” he said. “For a lot of young people, it’s the first time for them to own a house. When you see somebody buy their first house or move in and maintain a property on their own, it is rewarding.”

His time in housing departments for three different tribes over the course of two decades has also provided him with perspectives on the shortfalls of those programs. He described a loophole in the original housing funding regulations handed down by the U.S. government during his time with the Sac and Fox. In a mutual help program, a housing office would build a home for a tribal member who put sweat equity into it. This “sweat equity,” which consisted of cleaning up after the builders or finishing the painting, would then count as the homeowner’s down payment. The homeowner would then just be responsible for monthly payments on a 25-year mortgage based on their income.

“The flaw was that the monthly payment had no ceiling,” said George. “So if your income went up, so did your payment. People got discouraged because they couldn’t save money up and get ahead even if they got better jobs. Some of them quit working and just met the $25 minimum monthly payment.”

When NAHASDA funds were introduced in 1996, the paternalistic attitude that allowed such loopholes largely ended and tribal housing authorities were allowed to set their own regulations. At CPN, housing clients must be working or show documentation of income. For home ownership, CPN will buy a house, repair and sell it to at a discounted rate for eligible Tribal members. Another program pays closing costs for a first home purchase. An elderly housing program offers home repair or even purchasing assistance if the house is inside the CPN’s original jurisdiction.

“There’s a misconception that Tribal housing is free. We also run into a sense of entitlement where some younger individuals feel like we are there to take care of them. I always tell them if they’re having a hard time paying their rent where they’re currently living; they are going to have the same problem here because we want them to pay their rent too.”

George also uses his interactions with CPN’s Native American housing tenants, approximately 70 percent of whom are Potawatomi, as an opportunity to encourage them to learn about their Tribe’s cultural aspects.

“Just having that Native American box checked on a piece of paper doesn’t work. Get involved, find out where you came from and where your family is from and it will tie you back into understanding what this is all about besides cheaper housing.”

Such advice comes with some weight when spoken by George, who has been the head singer at the Osage Veterans Soldier Dance for more than two decades. George hopes to continue using his experiences, from the oil patch to the housing office, to help others as the years continue.