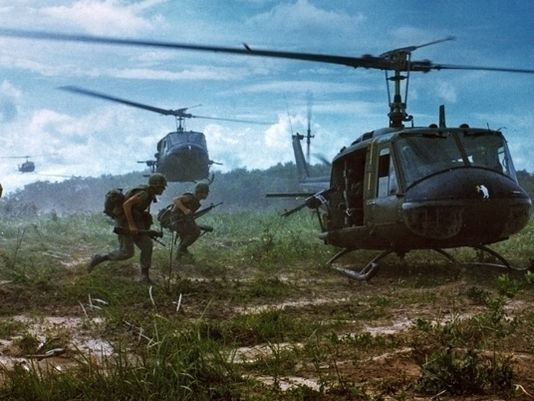 This article originally ran on www.ArmyTimes.com and has been reprinted with the courtesy of Army Times.

Vietnam-era soldiers who faced punitive discharges because they suffered from post-traumatic stress are to be given liberal consideration to requests for discharge upgrades.

Secretary of the Army John McHugh issued this directive to the Army Review Boards Agency, the service’s highest level of administrative review for personnel actions.

McHugh’s Nov. 3 directive was prompted by an earlier order from Defense Secretary Chuck Hagel which acknowledged that thousands of soldiers may have been kicked out of service because of behavior problems related to post-traumatic stress.

Upgraded discharges for soldiers who received a less than honorable discharge could lead to the award of previously denied benefits, such as disability pay, separation pay and GI Bill eligibility.

The ARBA is comprised of several boards for considering the claims of soldiers and former soldiers who appeal the filing of unfavorable information in their personnel records.

PTSD was not recognized as a potential behavior altering medical condition until 1980, which means that disability claims and discharge upgrades based on claims of the condition routinely were denied by government agencies, to include the Army review boards.

Hagel’s September instruction to the services followed by several months a federal court class action suit filed by a group veterans and the Vietnam Veterans of America that claims the military systematically denied discharge upgrade applications based on claims of PTSD.

The suit estimated that about one-third of the 250,000 other-than-honorable discharges issued to Vietnam era veterans may have been PTSD-related.

Components of the ARBA include:

Army Board for Correction of Military Records, a panel that can recommend, to the secretary of the Army, the removal of erroneous or unjust information in their military records after all lower level administrative remedies have been exhausted. It also reviews the discharges of former soldiers that were granted more than 15 years ago, and those that were given as a sentence of a general court-martial.

Soldiers, veterans and their legal representatives can submit an appeal online or by mail, on a DD Form 149 (Application for Correction of Military Records).

Army Discharge Review Board, reviews the discharges of former soldiers who left service within the past 15 years, except soldiers who were discharged as a result of a general court-martial. The board determines if a discharge was proper and equitable.

Soldiers, veterans and their legal representatives can request a review online or by mail using DD Form 293 (Application for Review of a Discharge or Dismissal from the Armed Forces of the U.S.).

Army Grade Determination Review Board, makes decisions on advancing retired enlisted soldiers and warrant officers to the highest grade held satisfactorily after a total of 30 years’ time on active duty and on the retired list. Application must be made by letter to the board.

Hagel, a former Army sergeant who holds a Purple Heart with oak leaf cluster for service during the Vietnam War, directed that the military review boards “fully and carefully consider every petition based on PTSD brought by each veteran” and that such reviews will include “all materials and evidence provided by the petitioner.”

Because Vietnam-era medical and personnel files will not refer to PTSD as a debilitating medical condition, McHugh has directed that the Office of the Army Surgeon General provide expert guidance to the review boards on the clinical manifestations of PTSD, and the behavior indicators that will help the boards assess the presence of PTSD and its mitigating effects.

Hagel also directed that when service records or any document from a veteran’s period of service “substantiate the existence of one or more symptoms of what is now recognized as PTSD or a PTSD-related condition during the time of service, liberal consideration will be given to finding that PTSD existed at the time of service,” and may have led to the misconduct that caused the other-than-honorable discharge.