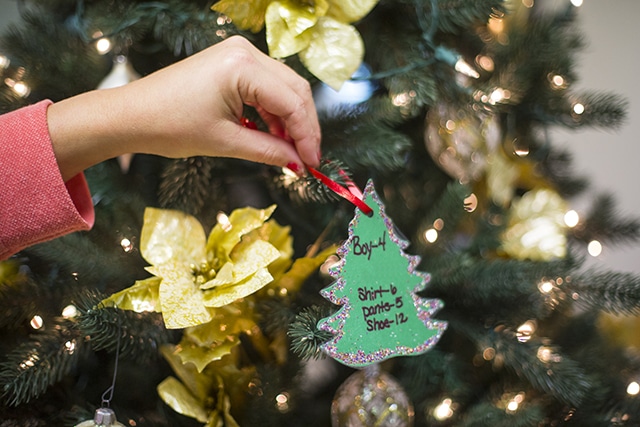 Employees at the CPN Administration building hosted a silent auction in the first weeks of December to raise money for the CPN Angel Tree. However, by the time the donation period ended, the entire tree’s angels had already been collected.

“The auction was originally to benefit CPN’s Angel Tree, but the overwhelming number of donations by Tribal employees quickly helped the entire tree’s angels,” explained CPN Administrative Assistant, Dennette Summerlin. “So the money from the auction went to families in need who have been brought to the attention of the Tribal Administration instead.”

Tribal employees donated 89 items for a silent auction, totaling $1,498, while $212 in additional cash donations brought the amount raised to $1,710.

“The idea for the auction came about from the CPN Wellness Center’s pumpkin auction that benefited an employee going through cancer treatment,” said Summerlin. “We thought it would be a good idea to raise money for the children on the CPN Angel Tree. Of course our employees stepped up to donate and bid on auction items.”

“I am thankful for all of you as co-workers!  I knew that together, we could make the world a little brighter and Christmas a little more special for those who often go without.”