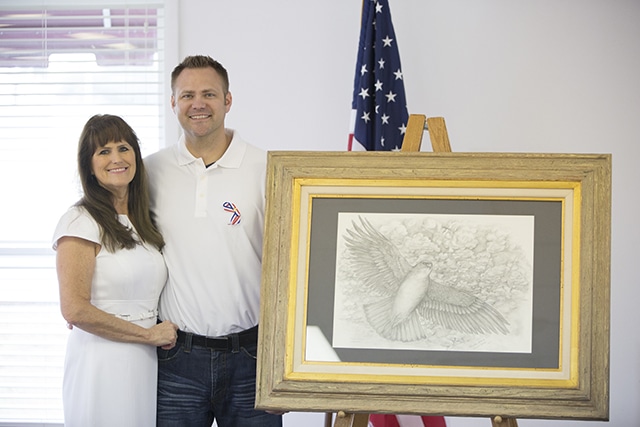 The United States has been engaged in combat operations in the Middle East and Afghanistan since 2001. Tens of thousands of service men and women have been deployed to these areas of operation since the attacks of Sept. 11, 2001, and yet the War on Terror continues. The Citizen Potawatomi Nation Veteran’s Wall of Honor shows the vast majority of those who’ve enlisted over the years. Many at CPN know fellow tribal members who have served the country.

For CPN Gift Shop Manager, Penny Coates, knowing someone only begins to touch the surface.

McClung recently came home after a nine months deployment on what was his second tour of duty in a combat theater. Now in his tenth year in the Army, McClung had previously served in Iraq before his most recent tour in Afghanistan.

“Being in MEDEVAC is much like being a fire fighter,” said McClung. “We can get a call anytime day or night and we have to respond whether we are asleep, in the shower, in the restroom, eating a meal or any other thing you could imagine doing during the day.”

He spent four years as an enlisted soldier and earned the rank of sergeant before submitting his application packet for the Warrant Officer Flight Training program. Once McClung was accepted he began learning everything he needed to know about being an Army Aviator. 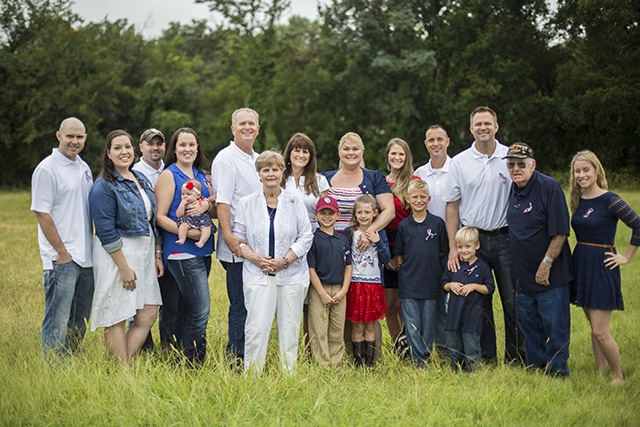 After basic helicopter controls and maneuvers, the Army flight students move on to the instrument phase. This is where McClung began to see the realization of his longtime dream of flying helicopters. At the final stage of becoming an Army Aviator, McClung went on to the advanced air frame selection where graduates choose from the Blackhawk, Apache, Kiowa or Chinook helicopters.

“It was my dream to fly the Blackhawk so that is what I chose,” said Chief Warrant Officer McClung.
When he received his orders home, Coates began planning a celebration for his return. She organized the party for family and close friends to welcome back the honored soldier.

“When he’s over there it feels like you’re holding your breath,” said Coates. “Once he gets back, it’s like you can breathe fresh air again.”

Along with the party, Coates held a naming ceremony in her son’s honor where she named him “Jeegwe Bonse,” which means “Thunder Hawk.”

“Coming home was a great feeling,” said McClung. “There are the challenges of adapting to the living conditions and schedules of a home I haven’t seen in nine months as well as getting to know my wife and step-son again.”

McClung continued, “There were parts of the ceremony that I definitely wasn’t prepared for but it was a very moving and emotional love filled ceremony that I will never forget. I take a great deal of pride in being a CPN member and feel extremely fortunate to be a member of a tribe that not only cares for its members but cares for its veterans as well.”