Oklahoma politicians have a habit of invoking the state’s Native American heritage during special events and ceremonies. And why shouldn’t they? The state, home to 39 federally recognized tribes, is one of the few places in America where many locals are able trace their heritage back to Native American roots. 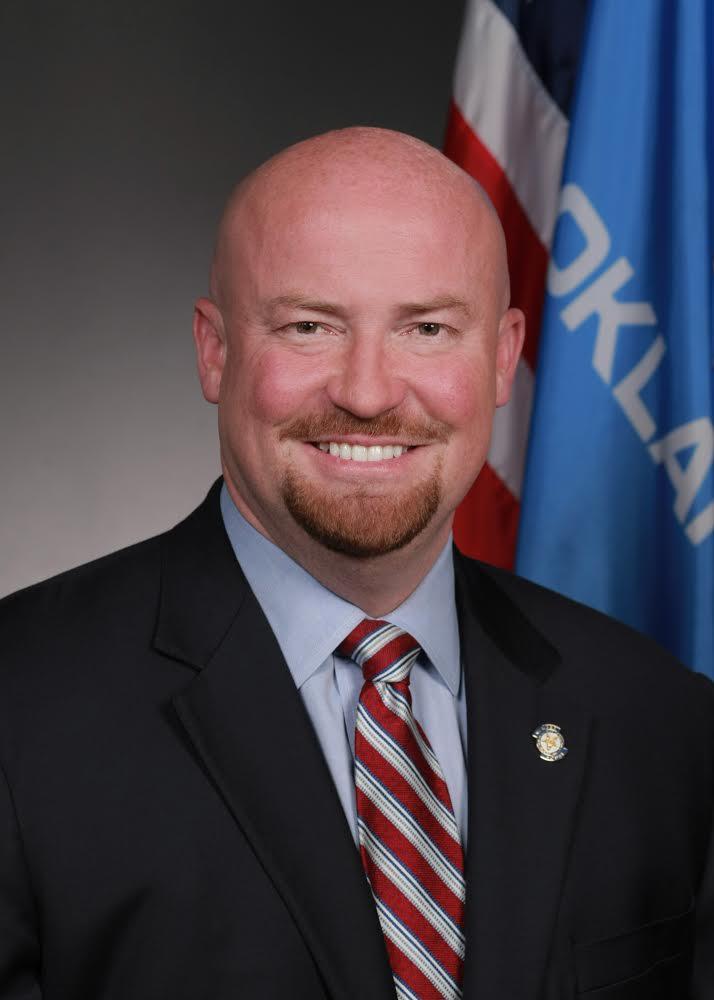 When asked why he had a blessing from Kiowa Nation member Warren Queton at his gubernatorial race announcement on April 9, Democrat Joe Dorman’s response reflected that of a state that regularly champions its Native American ties.

“We wanted to make sure people understood that I’m living by the slogan on my campaign as a governor for all Oklahomans,” explained Dorman. “It was a moving ceremony for me because I’d never seen anything like it myself.”

Dorman, a state representative from Rush Springs, is challenging incumbent Governor Mary Fallin of Tecumseh in the Nov. 4, 2014 election. What looked to be a long shot at that April campaign kickoff has tightened in recent weeks.

The governor’s office in Oklahoma holds a challenge all its own when it comes to relations with the state’s tribal governments. All 39 are governed by federal law and their own tribal statutes. Yet as state’s budgetary constraints have tightened in recent years, some tribes have found their own increased political and economic power contrast with what many at the capitol see as the state’s sovereign right to deal with its own affairs.

The highest-profile case of these has been the Sardis Water dispute between the State of Oklahoma and the Chickasaw and Choctaw nations. The principle of tribal sovereignty in that dispute, and specifically how the state government views it, remains a key issue for many tribal governments, including the Citizen Potawatomi Nation.

“I know the partnerships are viewed as between the United States and the different 39 nations,” explained Dorman. “But I would also consider myself as the state leader here, the person who should work with the 39 governments and try and come up with solutions. I want to do everything in my power to make sure we have that dialogue.”

Calling the state’s position with tribal nations “a very unique partnership,” the Rush Springs-native said he wants a secretarial position in the executive’s cabinet to liaise with the state’s Native American governments.

Each tribe has a set of agreements, called compacts, negotiated with the state government on taxes of gasoline, tobacco taxes and gaming revenues from tribal-owned enterprises. The upcoming negotiations on these items with many tribal governments, as well as on issues like tribal license plates, would play an important part in the Democratic candidate’s own budget priorities if elected.

Dorman proposes using a percentage of the state’s compact revenues to complete the Oklahoma Indian Cultural Center, the half-finished construction project that the 2013-14 Oklahoma Legislature refused to fund despite some $20 million already donated by the state’s tribes.

Completing the project, which was initially proposed by the state government prior to the 2008 financial crisis, appears to be the best of a bad situation at this rate. Yet for all the issues surrounding the funding from the state-level, Dorman believes it can be used as an example of how Oklahoma’s government and tribes can ultimately work together.

“We know the huge tourism impact we receive from Europe, with Europeans coming to Oklahoma. The reason they come here to learn about cowboys and Indians, and we need to have the proper setting for those people to learn about our culture.”

Dorman’s proposal would divert a percentage of the state-tribal compact revenues to a specific fund used to complete the museum that sits along the Oklahoma River in Oklahoma City. Once up and running, a portion of the center’s revenues would then be allotted to a specific state fund solely used for pay raises to Oklahoma teachers.

“We want a guaranteed place for that money to go to so those nations know where their investment is going,” he explained.

Dorman noted that his top priority in working with tribes will be on the economic development front, which is especially important considering that in many rural areas of the Sooner State, tribes are the leading employers and service providers. In a Dorman administration, the State Department of Commerce will have a more hands on approach with each locale’s specific needs in mind.

“We have too much of a one-size fits all approach for the department of commerce in Oklahoma City. I want to work with those local economic development directors. I essentially want them to be the eyes and the ears for the Department of Commerce to find the problems that we’re facing in the different regions of Oklahoma to overcome those obstacles. We don’t need a governor who simply flies to Paris (France) to announce a business is coming to Oklahoma when they already knew it was coming. We need a department of commerce who will work with those small, local businesses and help them grow.”

That local economic investment, especially in Indian Country, has drawn more attention as of late following the passage of the federal HEARTH Act. That federal law allows for outside business investment on tribal trust land. Though seen as a positive in some of the more economically stagnant areas of rural Oklahoma where business investment is hard to come by, the principles set forth in the HEARTH Act have also met with opposition. Some municipalities across the state have complained that since businesses on tribal trust land pay only tribal sales taxes, neighboring towns face a shortfall in revenue.

However, the longtime state representative views the issues in wider economic terms than simple municipal sales tax remittance.{jb_quoteright}As long as we’re employing people, we’re getting them off the unemployment rolls. I see that as a net positive…I would rather someone have a job, working, and the nations have that opportunity to build up their businesses because that is benefit to the state. If they’re employed, they’re going to be able to be a benefit for our tax rolls no matter if the businesses are paying on the (municipal) sales taxes.{/jb_quoteright}

“I see it as an opportunity for individuals to have jobs,” explained Dorman. “As long as we’re employing people, we’re getting them off the unemployment rolls. I see that as a net positive. I would rather someone have a job, working, and the nations have that opportunity to build up their businesses because that is benefit to the state.”

Continuing, Dorman simplified the argument, saying “If they’re employed, they’re going to be able to be a benefit for our tax rolls no matter if the businesses are paying on the (municipal) sales taxes.”

That is a similar view to many in Indian Country, including the leadership of the Citizen Potawatomi Nation, who was threatened with litigation in February 2014 by the City of Shawnee on failure to collect the city’s sales taxes. CPN contends that though it is not required collect a municipal sales tax on tribal land, and as Pottawatomie County’s largest employer its employees payroll and other spending has resulted in a more than $550 million economic impact on the local economy.

And though some critics of Dorman have complained that he holds similar positions to Governor Fallin on a number of issues, the Democratic challenger has marked one stark contrast when it comes to the healthcare of Oklahoma’s poorest citizens. Dorman has promised that his first act would be an expansion of Medicaid by executive order.

“I would make certain that we have access to those dollars,” promised Dorman. “That is money Oklahomans have paid into Washington D.C. and it is money that should come back to benefit our citizens. It will help our state because it will protect our jobs in healthcare, provide access to insurance for the working poor and improve the quality of health in our citizens because they’ll have a primary care physician under that program.”

Oklahoma’s Medicaid program, Insure Oklahoma, is set to lose federal funding in 2015 because its enrollment limits do not meet federal guidelines. According to the Tulsa World, new guidelines under the Affordable Care Act require the federal government to cover 100 percent of the costs for newly eligible Medicaid clients for the first three years following its expansion at the state level. After that time, Oklahoma’s share of covering costs for its poorest citizens would expand, ultimately capping at 10 percent of spending by the year 2020. Critics of the expansion accuse the federal government has underestimated the costs associated with rising healthcare bills.

Dorman concluded by explaining the economic logic in that expansion for tribes.

“The overall impact according to economists I believe is that it is upwards of a $10 billion positive for the State of Oklahoma. We know it’s going to have a huge impact on the clinics located in the nations because they’ll have access to those funds.”

As Election Day approaches, the underdog Democratic challenger appears ready to run both on his record at the state house and with his views on how Oklahoma can work with Indian Country.

Only the votes at the end of the day will tell the tale, though for the state’s tribes, the increased understanding of Native American issues by state officials is seen as a positive for the future.