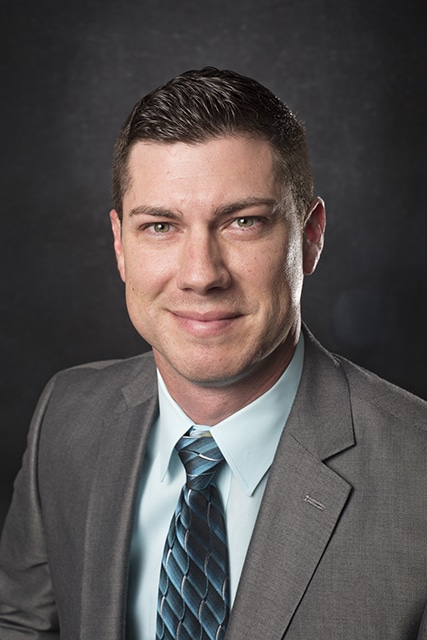 Though the Citizen Potawatomi Nation’s diversification between gaming, federal and enterprise revenue is key to its ongoing economic success, the integrity of Tribal gaming operations is of paramount importanceas an economic engine in Pottawatomie County and the State of Oklahoma.

In charge of overseeing and ensuring that these operations remain in compliance with the stringent government regulations is Tribal member Daniel LeClaire, recently named as the Executive Director of the CPN Gaming Commission.

The LeClaire and Delonaise-family descendent has worked and trained closely with previous CPNGC executive directors.

“It’s an honor to be nominated for this position and receive it,” said LeClaire following his confirmation by the CPN Tribal Legislature.

As executive director he is tasked with managing the day-to-day business of the gaming commission staff of 18 who ensure compliance and regulate CPN’s gaming operations at the Grand Casino, FireLake Casino and FireLake Bowling Center.He oversees internal auditors and compliance officers who certify and enforce compliance to ensure fairness and consistency with federal, state and Tribal gaming regulations and laws.This BSA Compliance Department certifies compliance with Title 31, a federal law intended for casinos to track cash and to deter criminal activity such as money laundering and structuring from individuals and terrorists. The licensing staff oversees background checks and hiring of all Tribal employees requiring a gaming license. Also falling under LeClaire’s supervision is the CPNGC Investigators, who investigate internal and external criminal activity as well as policy and procedure violations in order to protect Tribal assets.

“If it happens, or we suspect it of happening on the property of any enterprise with gaming, it falls under our jurisdiction and we’ll investigate,” said LeClaire.

Every two months, LeClaire reports the CPNGC’s commissioners, Cultural Heritage Center Director Dr. Kelli Mosteller, Executive Operations Director Jason Greenwalt,and Oklahoma State Athletic Commission Administrator and Tribal member Joe Miller.The responsibilities make it an extremely challenging position given the scrutiny state and federal regulators direct towards tribal gaming operations. Yet the task doesn’t appear to daunt the father of three who has spent the better part of the past decade as a uniformed officer for the CPN Tribal Police.

“Since I started in 2006, I’ve always taken pride in working for the Tribe,” he said. “There is no other place in this world where I can do a greater good than I can here.”