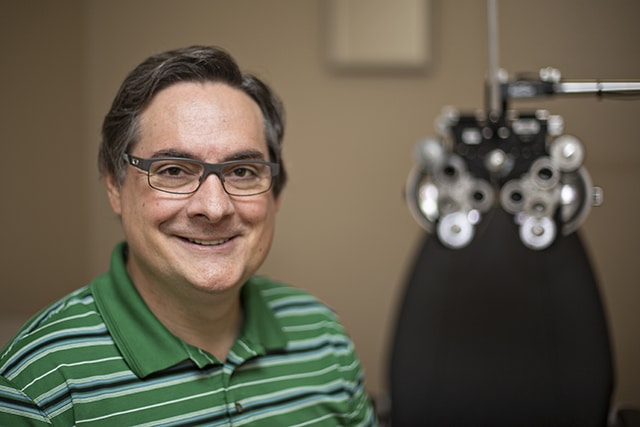 For a man who has seemingly been over all four corners of the state of Oklahoma, Dr. John D. Macarty O.D. finds his present position as a homecoming of sorts. Along with Director of CPN Health Services Tim Tall Chief and the staff at the CPN Health Clinic East, the Anderson family descendent has been working through the late summer to establish the tribe’s first optometry clinic.

“To come back to help my fellow Potawatomi, it’s something I really look forward to,” said Dr. Macarty in his newly remodeled office in the central hallway of the East Clinic. 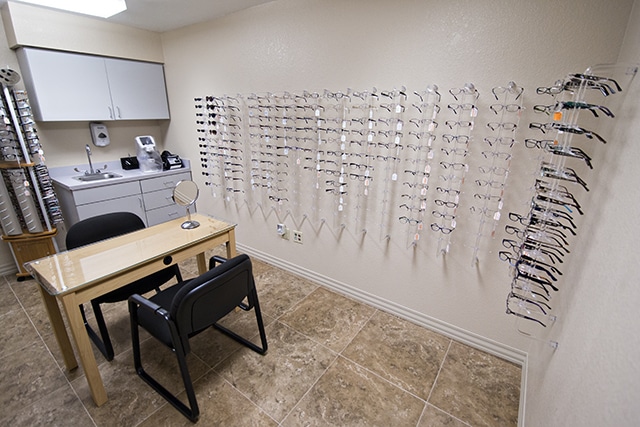 “There are a lot of really positive aspects in practicing this particular field,” he explained on his decision to pursue a career in optometry. “The most obvious being you get to help people see better.”

It’s a simple way of looking at it, but the costs of deteriorating eyesight can impact patients and those around them in incalculable ways.

Now in his second decade in the medical field, Dr. Macarty has worked in both private practices and tribal-run clinics. He served at the Choctaw Nation’s Health Clinic in Idabel, an experience Dr. Macarty credited with focusing on the particular health aspects facing medical providers in Indian Country.

“Given Native Americans susceptibility to diabetes and the impact that can have on someone’s sight, I have seen firsthand how big a factor that can be in treating a patient,” Dr. Macarty stated as he recalled his time serving the mainly Native American patients in the Choctaw Nation. 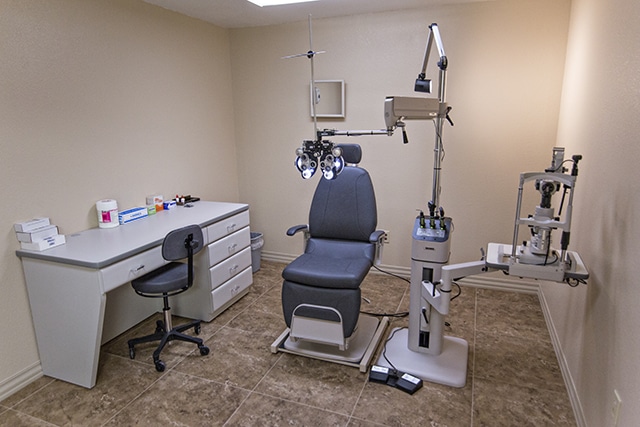 The new optometry clinic located at the CPN East Clinic and will be a full service stop for its patients. Dr. Macarty will be supported by two full time staff members, a clerk and optometry technician, each of whom will be cross trained in each other’s duties to streamline the process for patients. Appointments will allow patients to have their eyesight examined by a host of state-of-the-art equipment, including a Zeiss Cirrus HD-OCT, Humphrey Matrix Field Analyzer and an iCare tonometer which can detect early onset glaucoma, diabetes and other neurological ailments. Patients will also have the option to be fitted for new glasses in-house from a wide selection of frames including the Native Vision frame line which was designed by a Native American artist, Virgil “Smoker” Marchand. Though policies are still being finalized, the goal is for each CPN patient to have $250 toward a new set of glasses every two years.

Though the breadth of an operation like CPN Health Services may result in a lengthier preparatory process for a brand new optometry clinic, Dr. Macarty says he doesn’t regret choosing a tribal run clinic after years of running his own optometry office.

“I enjoyed  private practice but I really disliked the business side of it,” he explained. “I wanted to see and take care of patients, not deal with paperwork and insurance companies. Someone else helps take of that side of things here at CPN, and ultimately, it’s a great honor to serve the tribe I belong to.”

If you would like to learn more about the Citizen Potawatomi Nation’s Health Services, or the new CPN Optometry Clinic, please visit https://www.potawatomi.org/services/health/clinics or call (405) 273-5236.