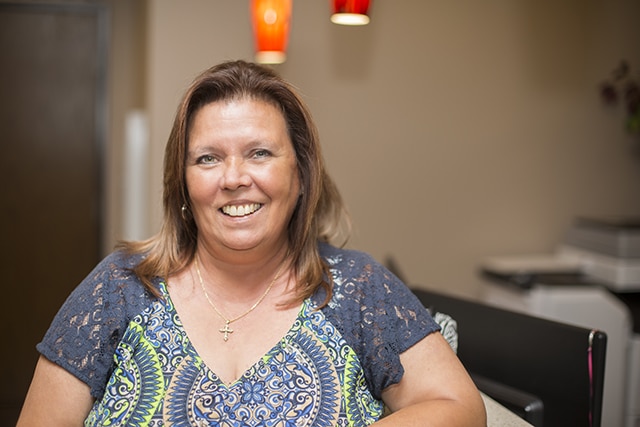 Since being made a permanent law in 1974, the Supplemental Food Program for Women, Infants and Children, known as WIC, has contributed to a healthier start for millions of American children.

“The impact it had on me was the fact that my daughter was getting the best possible start in her life by receiving the nutritious foods that WIC provides,” said one former WIC participant. “As a single mom, I was always worried whether my child was getting the proper nutrition she needed.”

“My daughter was on the State of Oklahoma’s WIC when she was a baby,” recalled Schneider. “I was a single mom looking for a job with benefits, and I heard there was an opening at the Tribal WIC Program. On August 3, 1987 I started working at CPN WIC as a Vendor Coordinator and Data Entry Specialist.”

WIC programs around the U.S. provide nutritious foods and education, infant formula and health care referrals to low income women who are pregnant, breast feeding or postpartum. Their children, up to the age of five years old, are also eligible if their family’s gross income is at or below 185 percent of the U.S. Poverty Income Guidelines. For a family of four to meet the requirements, their annual income would have to be at or below $43,568.

WIC is by legal definition not an entitlement program, since Congress does not allot funds for each eligible individual, like the Supplemental Nutrition Assistance Program. Like any other Federal grant, Congress specifies certain amounts for each fiscal year that WIC programs use. Despite this, Schneider and her staff continue to battle the misconception that it just an unsupervised government hand out.

“That is not true,” said Schneider. “The Supplemental Nutrition Assistance Program, formally known as food stamps, provides any food people choose, healthy or not. WIC participants are basically receiving a prescription for foods that are based on health and nutrition assessments done by trained health professionals upon their entry into the program.”

CPN’s WIC program, though housed in a Tribal office building, does not exclusively serve Native Americans. Staff from the Tribal program travel throughout large parts of Pottawatomie, Oklahoma and Cleveland counties to assist those who qualify. As one of ten state agencies in the state, CPN WIC and eight Indian Tribal Organization WIC programs partner with the State of Oklahoma to synthesize standards and protocols to combat fraud. Specifically the agencies coordination is aimed at stopping dual participation, or double dipping, from participants.

“The state checks for dual participation amongst their agency and tribal agencies as well as between the nine tribal agencies themselves,” explained Schneider. “If one is found, they are assessed a claim for the value of the improperly redeemed WIC food instruments or are disqualified for a certain period of time.”
Like many longtime tribal employees who oversee the programs they once worked in as staff, the Toupin and LaFrambrosie family descendant’s twenty seven years of experience have reinforced her belief that WIC truly is a lifesaving endeavor.

“When I became director in 1991, I became completely involved in the day-to-day operations. That’s when I realized just how important WIC was to our participants. I’ve had a chance to see second and sometimes even third generation WIC participants. It’s very rewarding knowing that you can have an impact on future generations.”

Today the CPN program serves 1,200 participants in central Oklahoma at three permanent sites. It also operates three mobile satellite sites that move around to meet the needs of participants in the CPN WIC service area. If you or someone you know would like more information about CPN WIC or a program in your area, please call 405-273-3216 or visit www.potawatomi.org/services/health/wic.