At the close of each year, class participants give an oral and written presentation of their experiences. Below is the first of a two part series on the reflections of the 2014 Potawatomi Leadership Program class. 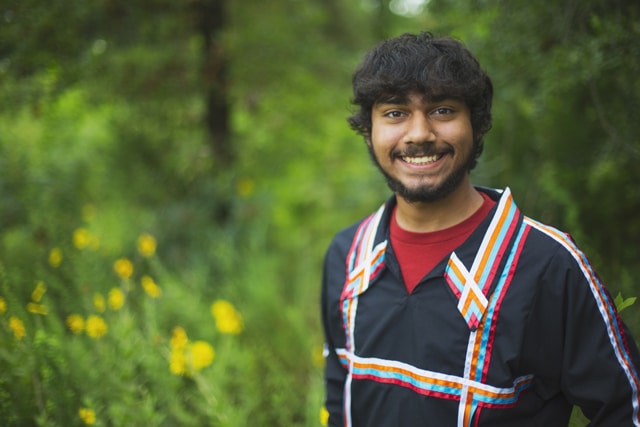 Adam Basappa of San Francisco, Calif. has a poker face that most Hold ‘Em players only dream of, and is a trait that will serve him well on his path studying communications at the University of San Francisco.

This Juneau-family member is the nephew of two CPN Legislators. He was named Kises Gichida (Sun Warrior) by his sister Susanna Basappa, a PLP alum herself.

Basappa saw a six week internship in Shawnee as an opportunity to spend his vacation in a useful manner.

“I wanted to spend my summer wisely and not waste it. I thought in applying I could do something beneficial and get paid for it too,” he said.

With his sister having gone through the program in previous years, she told him about her enjoyment of learning about their family’s history. Basappa found however that the Potawatomi Leadership Program’s restructuring in recent years focused less on this particular aspect and rather gave students a wider view of the Tribe’s overall operations.

A consequence of that restructuring turned out to be an opportunity for Basappa though. While touring FireLake Discount Foods, he learned about the Tribal-owned radio station KGFF, which is located inside the store.

“I spent the early hours of July 30 on air with Mike (Askins) and Wayne (Griggs) at KGFF on their morning show,” Basappa said in his final PLP project presentation. “It was the ultimate test of my abilities in the field of broadcasting. I know that even though it went well, there is always room for growth and improvement and I am forever thankful that I had an opportunity like that.” 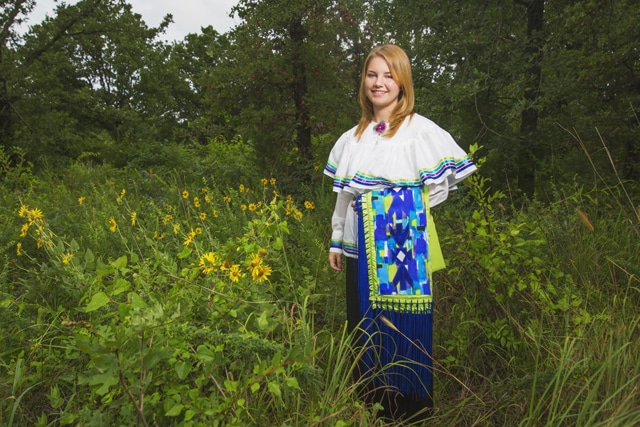 Ringwood, Okla.’s Brook Nakvinda took her mother’s advice and applied for the summer’s PLP program. One could sympathize with the Oklahoma State University student wanting a slower pace during the summer vacation ahead of a year studying chemical engineering.

Nakvinda echoed the thoughts of many her fellow PLP classmates in thinking the internship program would consist of eight hour days behind a desk. Nakvinda found however, that was not always the case. Her time at the CPN Eagle Aviary was her fondest memory as she watched the eagles, each with a distinct and forceful personalities, go about their daily lives in the enclosure.

As the program progressed she found avenues to learn more about her descendants, making inroads into a Wano family history that was at one point much less clear. Describing a program assignment that has students interview an elder, Nakivinda told described her own family’s history.

“When my grandma was younger, she did not want anyone to know of her Native American heritage,” explained Nakvinda. “A little over ten years ago though, the Wano family was honored at the annual Family Reunion Festival.

This was the first time my grandma attended and when she found her first sense of pride in the tribe.”
Six weeks as a PLP has Brook following the example her grandmother set at her first Family Reunion Festival, as she continues to stay connected with the Tribe. 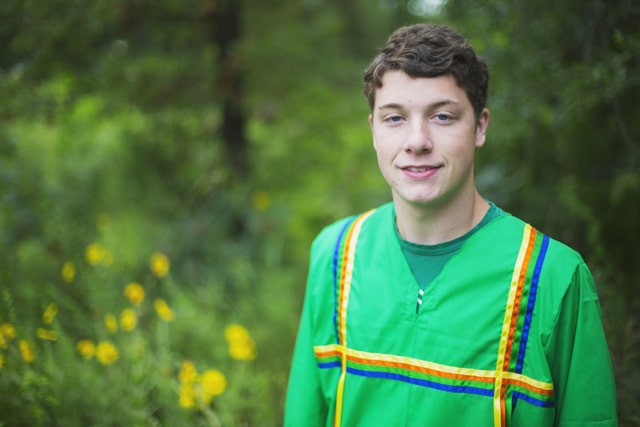 Isaac Morris didn’t have far to travel for his time as a member of the 2014 Potawatomi Leadership Program. Hailing from Ada, Okla., Morris is a member of the Bergeron family and is studying history and political science in his hometown at East Central University in preparation for an application to law school.

Like most college students, Morris’ inspiration in applying was admirable for its honesty, saying “I wanted to get out the house for the summer and help the Tribe.”

It was a brave step considering his preconceptions of a program that had him passing time in a windowless office for eight hours a day. As the session closed out though, Morris admitted that the reality was a bit different than he’d anticipated.

“We were in meetings,” he said, “but not for very long. And most of them were interesting. Plus, I don’t know of any internships where they offer stickball.”

The traditional game of stickball was a revelation to Morris who has been invited to play for the Chickasaw Nation’s stickball team following an exhibition this summer between it and the PLP students. 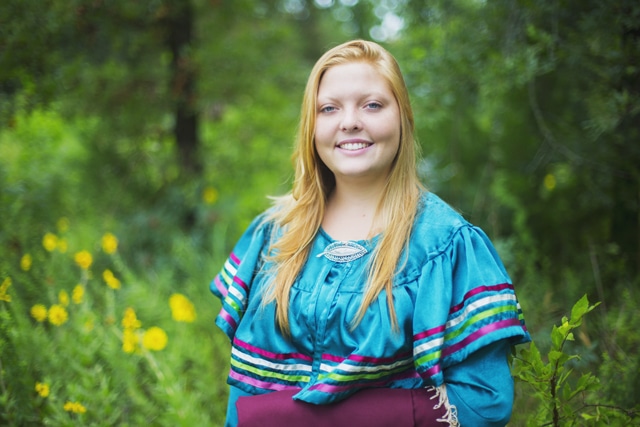 Jacki Nadeau is a 19 year from Unity, Maine. The Nadeau-family member is a student at Oklahoma Christian University in Edmond, Okla. where she is majoring in Family Studies and Child Development with a minor in Psychology, an academic path inspired by her enjoyment of working closely with people.

She learned of the Potawatomi Leadership Program from the initial flyer mailed out to prospective candidates, saying that upon seeing it her first thoughts were “Cool! It takes up the whole summer. I’ll do it!”

Nadeu says she had no expectations as to what the program would be like, and had only been to one prior Family Reunion Festival at the age of 15. Looking back as the program concluded though, Nadeau said her only two regrets were how long the PLP orientation took and her lack of sweatpants to combat the unseasonably chilly July.

Like many who have never experienced its open atmosphere, Nadeau appreciated the talking circle and moon ceremonies that PLP students were introduced to as part of their cultural awareness.

“It’s just really nice to know you have those ladies there for you,” Nadeau said prior to the end of the PLP program. “It was really inspiring and sweet, and is something I won’t forget.”