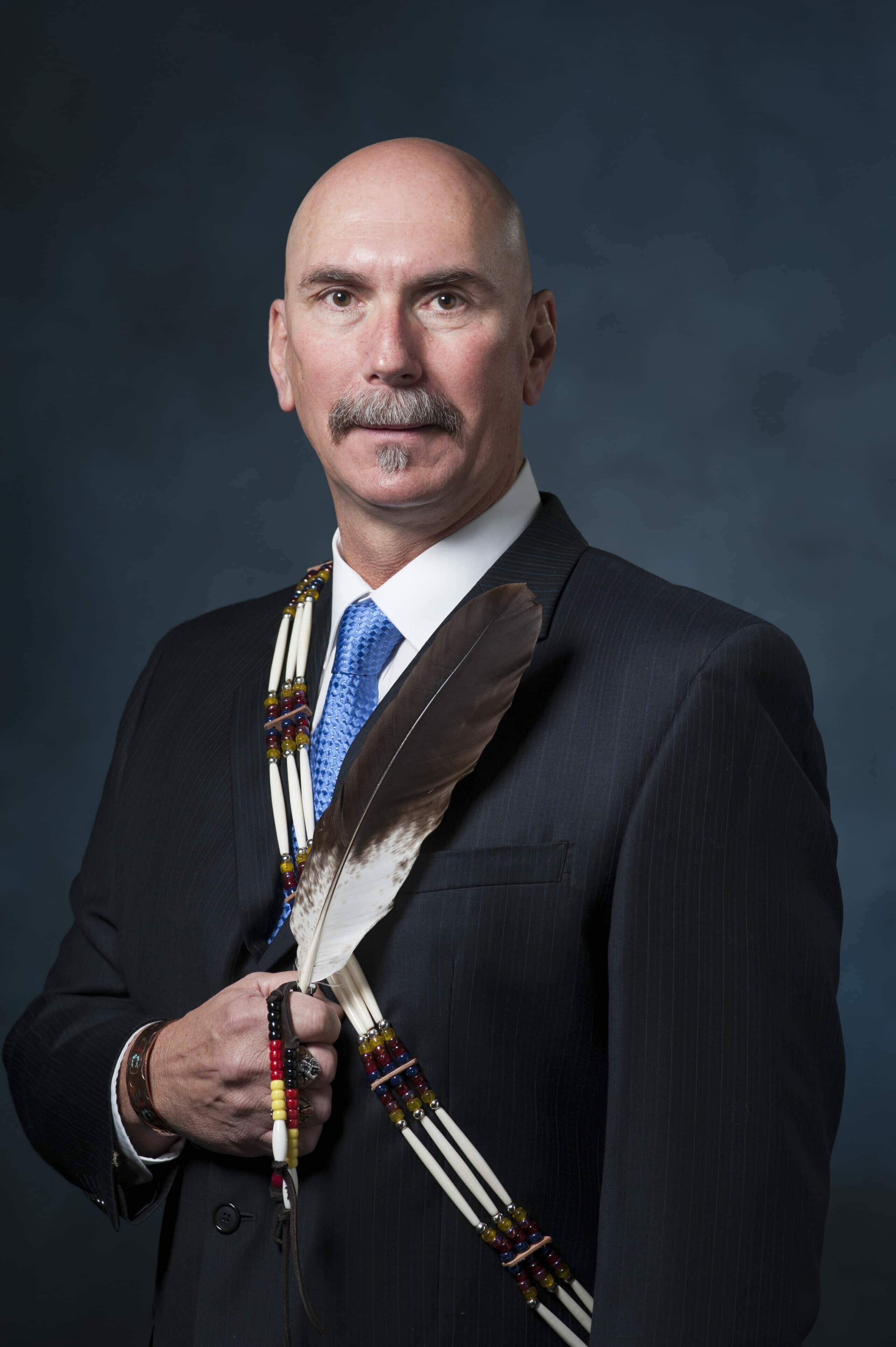 Not all stories start off the same, and Michael Bourbonnais’ certainly began in a unique manner. The challenger for District 7’s legislative seat started off his interview by introducing himself in the Potawatomi language.

Roughly translated, it means “Greetings. I am Michael Bourbonnais. My ‘Indian’ name is Mnogabwumko. I am from California. I live in Fresno. I am Potawatomi. I belong to the Citizen Potawatomi Nation.”

The attention to detail reflects the speaker’s devotion to his Potawatomi heritage, which began at a young age. Born in Sacramento, Calif., Bourbonnais was adopted at the age of four by his late paternal grandfather, Carroll Shabaunia Bourbonnais, who was Citizen Potawatomi. Carroll’s parents and his four grandparents were Potawatomi as well.

Being raised in the home of a tribal elder who personally witnessed the abuses Native Americans endured due to the policies of the state and federal governments, had a lasting impact on the young Bourbonnais.

“I grew up with people who experienced bias and struggled,” he recalled. “I heard the stories and understand how deeply their impact of systemic prejudice was on us Native people.”

Far removed from the Tribe’s home in Oklahoma, Bourbonnais says he didn’t truly feel the connection with “home” until accompanying his grandfather to the old intertribal pow wow in 1983.
Though Bourbonnais returned to California and his life there, that first taste of a Tribal gathering left a lasting impression.  Thirty years later he experienced the passing of both this grandparents who raised him. He inherited several items related to the Bourbonnais family history. One artifact was an excerpt from a diary of Mary Anne (Anderson) Bourbonnais,  resident of the historic landmark Bourbonnais Cabin during the late nineteenth century. One passage in particular struck Bourbonnais as extremely relevant to his current journey.

This revelation spurred Bourbonnais to delve into his family and Tribe’s past. He began taking online Potawatomi language and cultural classes. He began building regalia and learning ceremony. Then in June 2013, he returned to CPN for the first time since his initial visit in  1983 to dance and participate in ceremony on his ancestors’ land.

His renewed focus on things Potawatomi has driven the Fresno, Calif. native to pursue a seat in the Tribal legislature, his first run for office at CPN. Bourbonnais says he feels it is incumbent on him to leave a legacy, like his grandparents before him, for his own grandchildren.

“I want to do my part to be a conduit back to our people in Oklahoma, but also back to our heritage and cultural ways,” he said.

“Wouldn’t it be wonderful if we could all introduce ourselves to one another in our own heritage language? That is just one simple cultural thing our people can re-learn, and I want to offer that opportunity to them.”

While challengers are always at the advantage of saying what they would do instead of what they have done in office, Bourbonnais is humble in his outlook should he win June’s election.

“I’d first acclimate to the new position, learn what is expected of me in the legislative capacity, and get settled in. Then I would work on outreach, some of which has already begun, to Tribal members in order to start forming ideas on what I could address in the legislature and begin scheduling some gatherings. But we will definitely be doing some things differently.”