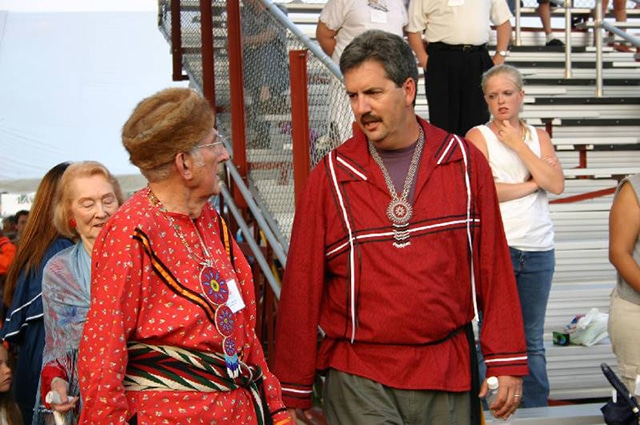 Serving as a representative for any legislative body can be a challenging role. But being a legislative representative for a government as unique as the Citizen Potawatomi Nation is a test all on its own. With tribal members scattered across the United States, legislators outside Oklahoma face enormous logistical challenges in getting tribal members services that are readily accessible for their counterparts closer to CPN headquarters.

District 7 incumbent Mark Johnson, understands the frustrations that many CPN members have about the distances between them and Tribal services available to those in Oklahoma.

“The hardest part of my job as a legislator is not being able to fulfill the needs of our members in the western U.S. 100 percent of the time,” he noted. “I spend a good deal of time problem solving for our members and helping them tap into other resources outside of the tribe.”

Those concerns are not a new phenomenon, as Johnson has surely seen firsthand. His father Richard Vincent Johnson, born in Tecumseh, Okla., was part of the Depression-era migration of CPN members who sought better opportunities in California. Yet in those days before jet airliners, Johnson’s father made it a point to remain connected to CPN, often travelling back to his home state to attend to family and Tribal matters.

In 1972, his son Mark accompanied him on one such trip, exposing the future legislator to the challenges the Tribe faced in remaining solvent and controlling its own destiny. Seeing elders navigate the lean times prior to the 1975 Indian Self-Determination and Education Assistance Act left a lasting impression on Johnson as he grew up in his hometown of Sanger, Calif. 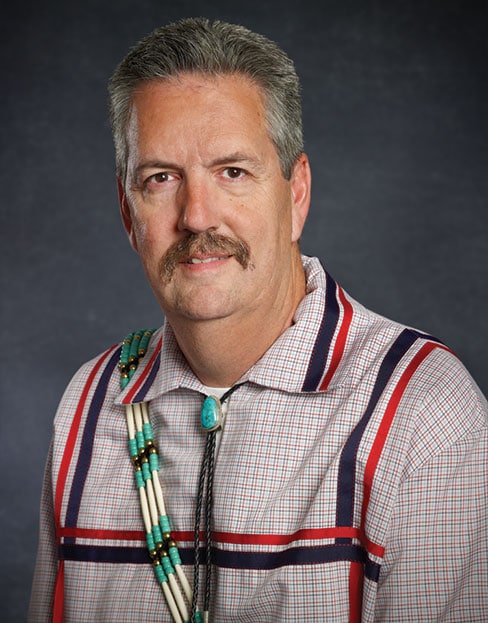 The family’s tradition of civic duty carried past tribal governance, as seen in Johnson’s choice of a career. For more than thirty years he has served as a firefighter in California. Currently the head of the Fresno – Kings Unit for the California Department of Forestry and Fire Protection, Johnson is responsible for the deployment and preparedness of the Unit’s emergency response personnel and equipment. He oversees the operations of 21 full time fire houses whose staff respond to an average of 14,700 incidents a year.

“I would do the job for free if I did not have a family and bills,” said Johnson. “The job provides a great deal of satisfaction in helping our fellow citizens. Generally we deal with people who are having the worst day of their life and we have the ability at times to make a dramatic positive impact on their lives.”

That ethos, combined with his own experience trying to access some of the Tribe’s education assistance as a college student, are what initially prompted the Vieux family member to run for the CPN Legislature in 2010.

As Johnson recalled, “I tried to get some information from our then-regional representative about college assistance, and I never heard back from him. It was an experience that really stuck with me, and when I decided to run (in 2010), it was in the back of my mind. It is why I’m always working to get as many services and programs available to Potawatomi in California as I can.”

Though his initial run at CPN office went down to the wire and was decided by a run off, Johnson emerged the clear winner with 54 more votes than his opponent. Now entering what is technically his third race for District 7’s seat, Johnson says he just wants to reciprocate the positive impact CPN has had on his life.

“Truly, I just want to give back. I’ve gained so much from being Potawatomi and from being a legislative representative for District 7. If re-elected, I’d continue the work I’ve been doing in informing members of what services they have access to. I’d also continue providing guidance to our members’ interest in their cultural and family histories. Being able to see people make those connections to their heritage this past four years has been extremely rewarding.”