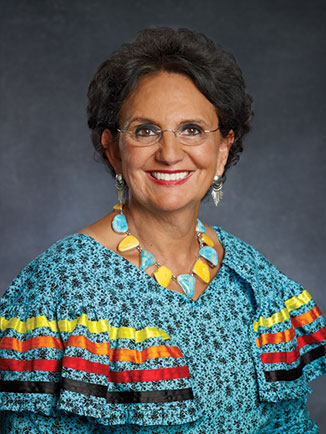 With 38 federally recognized Tribes, Oklahoma, formerly called Indian Territory, is home to the second largest Native American population in the United States. Tribes in the U.S. have struggled for decades to make economic dreams a reality. Those dreams include self-sustainability and the ability to care for our people.

According to the U.S. Census Bureau, one in every four Native Americans lives in poverty. Although the Citizen Potawatomi Nation cannot be all things to all people, we go to great lengths to help our citizens and communities when there is a need. Since 2005 we’ve given more than $5 million to nearly 200 community organizations and community groups in the surrounding areas who serve Native and non-native alike.

We face numerous challenges in caring for these populations, especially in rural areas. Tribal Nations, mostly located in these areas, have helped considerably in assisting these hard to service communities. We provide healthcare, social service programs and contributions to community and civic groups who also help these areas.

The foundation of these services rests on the principle of tribal sovereignty, a right which was granted to tribes across this great country as a tool to promote economic growth. Tribal land is governed by federal law, which allows tribes to host a number of businesses and enterprises, including gaming. Although many believe that tribes are wealthy because of gaming, as tribal leaders we know we must diversify our businesses to be successful and provide opportunities for our citizens and the communities we serve. We should not be required to depend solely on gaming to build economic sustainability.

Citizen Potawatomi Nation has created many tribal enterprises in order to achieve economic sustainability. The tax we collect at our grocery stores, bowling center, ball fields and golf course are all key components needed to achieve that dream. We spend 100 percent of every tax dollar on government services such as roads, services for our citizens and neighboring communities, education, emergency response and job creation. In Shawnee alone, we’ve created 7 of every 10 jobs for the past decade.

Despite this, certain political figures in the City of Shawnee believe they are entitled to what we have built using the tools available to us as tribes. Some have attempted to muddy the very clear picture of what one of those tools, tribal sovereignty, truly entails. But a willful ignorance of tribal sovereignty is not an excuse to simply hope it does not exist as a matter of legal principle.

Those same figures have loudly claimed their reluctance at filing a lawsuit against Shawnee’s neighboring tribes. Yet common sense leads me to question that if those political figures are sincere about not wanting to sue, why have they contracted a high-priced, out-of-state law firm who specializes in litigation?{jb_quoteright}“That would be a shame, because as good neighbors we know a rising tide lifts all boats. Unfortunately, some City politicians appear to be more focused on draining the water out from under all of us, tribal or non-tribal.{/jb_quoteright}If the City of Shawnee is successful in its attempt to collect sales tax revenue from tribal enterprises as the result of a lawsuit, it will directly impact those we strive to serve. It will be taking critical services from the neediest in our community. Without this tax revenue we will not be able to continue our record job creation in Pottawatomie, Oklahoma and Lincoln counties. We won’t be able to continue building roads that you as citizens drive on. Nor would it be possible to expand water and sewer infrastructure that serves increasing numbers of our rural area neighbors. Worst of all, we won’t be able to continue the support of our community.

That would be a shame, because as good neighbors we know a rising tide lifts all boats. Unfortunately, some City politicians appear to be more focused on draining the water out from under all of us, tribal or non-tribal.