The grocery business isn’t as simple as it looks from the outside. There is a science to everything, even in placing products on a shelf for consumers. The man behind that science for CPN grocery enterprises is tribal employee Richard Driskell.

“It is vital to a business, what product is placed where, how much of it is out, keeping track of what sells and what doesn’t,” explained Driskell. “When you’ve got an electric bill in the thousands, employee payroll to meet and vendors to pay, how merchandise is placed on the shelves begins to matter a lot.” 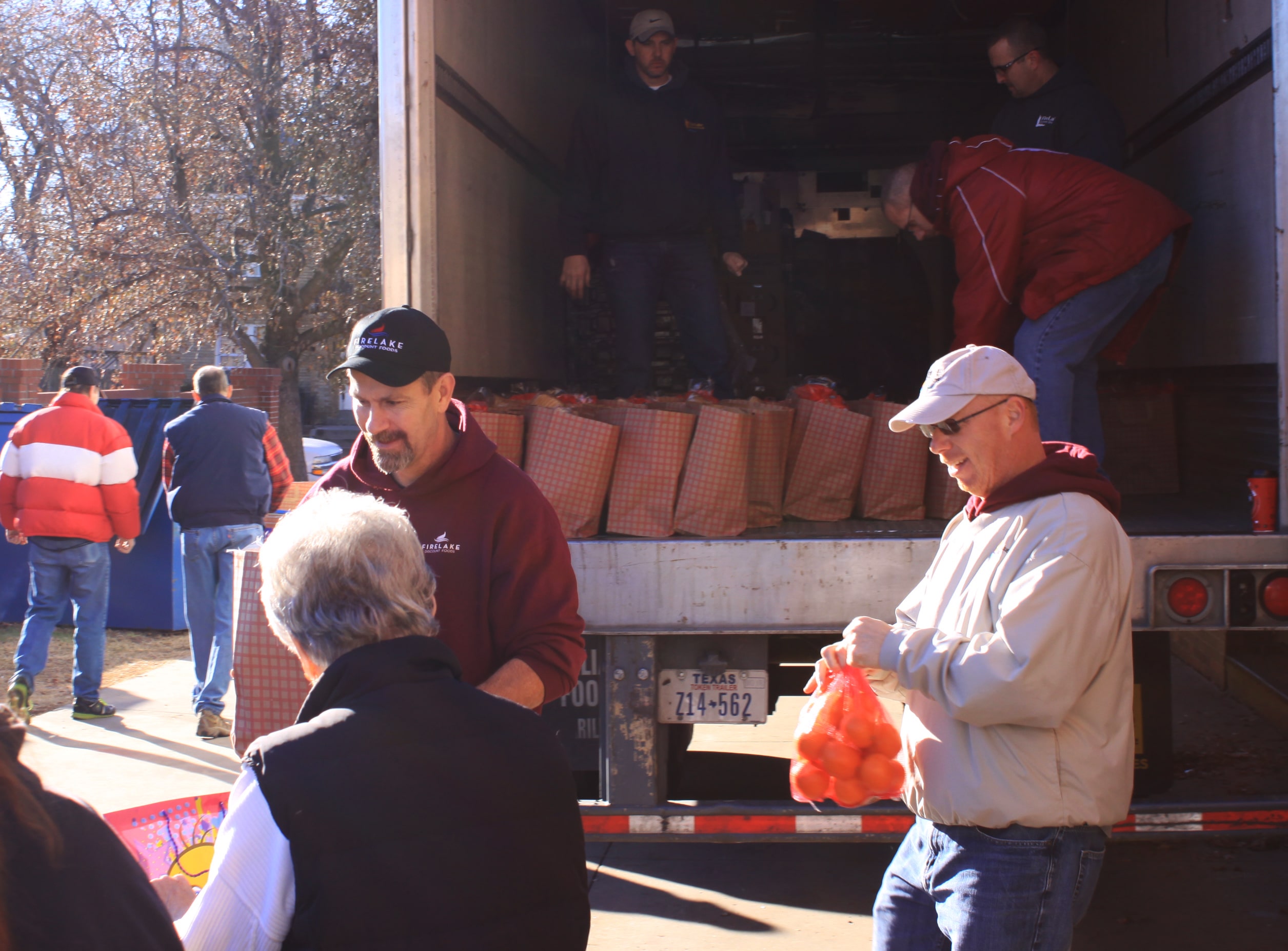 This meticulous planning mirrors that of the Citizen Potawatomi Nation. Over the last decade, the tribe has built up services and enterprises along the areas south of the intersection of Gordon Cooper Drive and Hardesty Road as well as other sections of Pottawatomie County, Oklahoma.

“When I started with FireLake Discount Foods, the building wasn’t even built. It was just dirt work and a pad. Looking at it today, it is pretty incredible to see what the tribe has done.”

Responsible for FireLake Discount Foods, FireLake Express Grocery, the FireLake Corner Store and the Grand Travel Plaza, Driskell has witnessed firsthand the tribe’s growth throughout the last decade. He has spent nearly his entire working experience in the grocery business, starting off as a teenage employee at Pratt’s Grocery Store in Tecumseh. Driskell worked his way up through the Pratt’s organization, managing stores before eventually becoming buyer for the region. A brief time as a financial adviser took Driskell away from the grocery industry, but when the opportunity to return to the sector before FireLake Discount Foods grand opening in May 2001, he seized it.

“I missed retail,” Driskell recalled of his decision to take on the position of buyer for FireLake Discount Foods. “You never know if you’re going to be in the office buying or down on the floor speaking with customers. Working for the tribe gives you so many opportunities to work in different areas, which is what I enjoy.”

Driskell manages more than 350 employees between FireLake Discount Foods, FireLake Express Grocery, the Grand Travel Plaza and the FireLake Corner Store. In many cases, the grocery stores are the primary shopping outlet for customers outside of Shawnee, Okla. This fact, combined with a misunderstanding about the role of tribal sales taxes, occasionally gives rise to the misconception that tribal tax revenues are used to lower prices to the detriment to local competitors.

“It is the misunderstanding I hear about the most from people around here,” said Driskell.

Tribal enterprises pay an 8.5 percent sales tax, equivalent to the city of Shawnee’s rate. That tax revenue goes to the Nation’s Tax Commission, which is then used to fund tribal programs for college scholarships, burial assistance, housing down payment assistance and the Health Aid program.

“The people from FireLake Discount Foods have a tremendous impact on the Salvation Army all year round,” said Lieutenant Phillip Canning of the Shawnee Branch of the Salvation Army. “They donate food and work in our soup kitchen, and at Christmas time they’re huge supporters of our Angel Tree program.”

On the fourth Tuesday of each month, FireLake employees provide the ingredients for and serve a dinner at the Salvation Army soup kitchen. The grocery stores donate thousands in tons of food annually, at cost, to local schools and religious organizations, mainly in the form of gift cards. These physical donations are in addition to the monetary donations contributed to local causes each year, with FireLake Discount Foods giving more than $13,000 in charitable donations during 2013 alone.

Now, more than a decade past his decision to leave the world of financial consulting behind, Driskell reflected on the changes he’s seen at the intersection of Hardesty Road and Gordon Cooper Drive.

“I was apprehensive about coming here, I’m not going to lie,” he said. “That subsided pretty quickly once I got here though. You always hear about employers treating their staff like family, but that is what I’ve experienced here personally. How I’ve been treated, and how we serve the local communities, is a reflection of that atmosphere. In terms of being part of a family, I still find that to be true.”