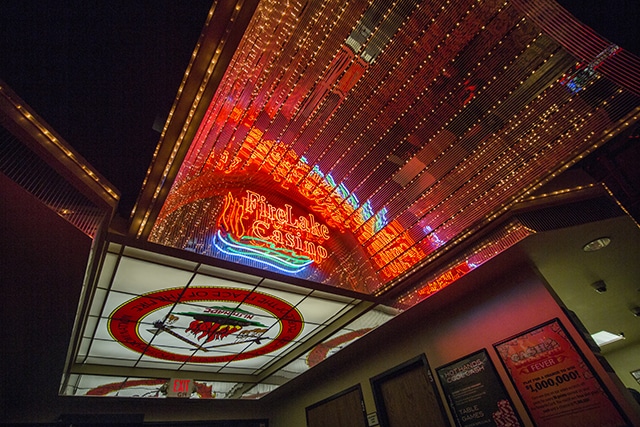 Once surrounded by a corn field, FireLake Entertainment Center’s current surroundings look starkly different than it did thirty years ago. Its continuing transformation mirrors that of the tribe’s, whose holdings once consisted of a simple bingo hall, a small administrative trailer and just a few parcels of land.

Constructed in 1982 as a bingo hall on tribal land, gaming was owned by the tribe but was managed by an outside source before CPN began overseeing operations in Sept. 1988.

Linda Canada, General Manager of FireLake Entertainment Center, reflected on everything she been a part of since joining 22 years ago.

“After being here for so long and seeing the growth build up year after year, everything can really run together,” stated Canada. “We’ve changed a whole lot in regards to technology. However, we still have the same atmosphere and patrons that show up each week for an enjoyable evening of bingo and gaming.”

Originally, the bingo hall hosted two different games each day and night before the introduction of the casino. One game was bingo and the other was pull tabs, which Canada described as “paper slot machines.”

It was an interesting time, as gaming had yet to become the large enterprise it is today in Oklahoma. There was the one Thanksgiving where in addition to bingo, the tribe hosted a food drive for the holiday.

“Twelve hundred people came out. It was standing room only and bingo players were literally playing on 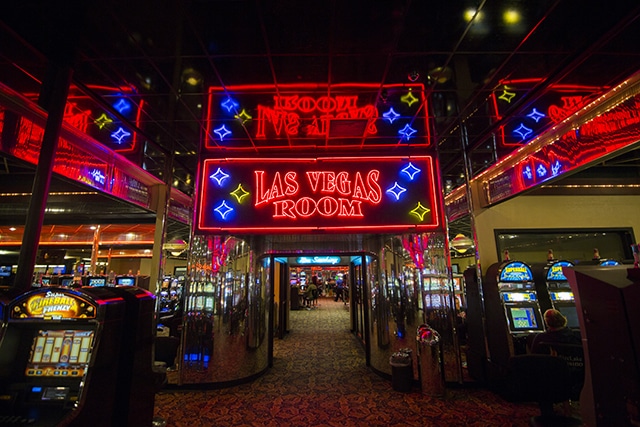 the side of the wall,” said Canada.

In 1995 FireLake Entertainment Center underwent a major renovation and added a bowling alley. Visitors today can still see the layout if they visit, though the lanes have long since moved away to FireLake Bowling Center, located just west across the parking lot. In 2002 FireLake Entertainment Center added a small room between the bingo hall and bowling alley with walls lined with slot machines. Staff dubbed it, the “Las Vegas Room.”

“After seeing the popularity and the potential of what the slot machines produced, it was a no brainer that we needed to get more,” said Canada.

Hoping to build on this growing market, the tribe converted the old bowling alley in 2002 into what is known today as FireLake Entertainment Center. A year later, the newly revamped casino and bingo hall opened with brand new slot machines, card tables, and a bevy of other amenities.

“That first year the full entertainment center was opened, this place was a packed house,” stated Canada.

“There were easily a thousand people a night here in the casino and bingo hall.”
Remnants from the past of what the entertainment center used to be can still be seen. In the casino area, the steps going down to the gaming area is where the bowling alley lanes used to be. The original sign for the “Las Vegas Room” is still present, illuminating the room.

The bingo hall still stands where it always has since first being built in the early 1980s, with players attending the same games their parents and grandparents played. With deep roots in the gaming community, the tribe has benefitted from its success.

“We were the first gaming center in the area. The tribe had the first bingo hall and then the first casino. We are extremely proud and confident of the success we have had here. We have great policies and procedures and that is what makes this such a successful enterprise,” said Canada.

It is a long way from 1982, when a small tribe decided to try their hand in the nascent Indian gaming sector. Yet as FireLake Entertainment Center prepares to celebrate its 32nd anniversary, its small operation has become a keystone for a growing community in the once sparse areas between Shawnee and Tecumseh, Okla.