CPN’s Sammy Mitchell at home on the country music stage 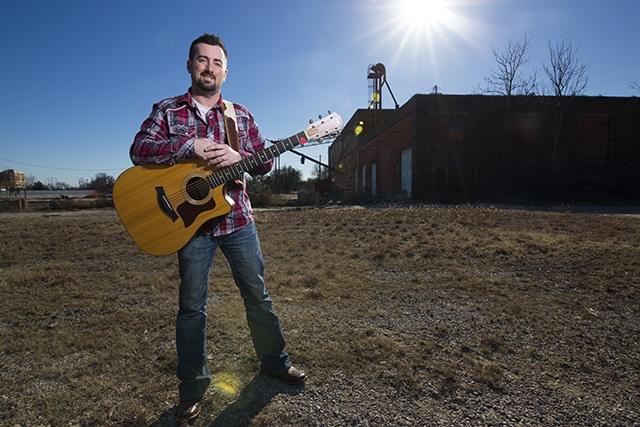 With more than 2,000 employees the Citizen Potawatomi Nation has a host of talented individuals that help with the tribe’s day-to-day work. Whether they’re a local visual artist or a person who knows how to change that finicky oil filter on your old Dodge, tribal employees are staples of the local community. For those who are into the local country music scene, the name Sammy Mitchell may sound familiar.

At 31, he is known as Sam to his coworkers and close friends, but once he steps out of the office, he becomes Sammy Mitchell. The aspiring country music star bellows out those baritone country melodies with ease.

“Singing and playing was something that came naturally for me,” he explained. “I feel a passion inside of me while singing up on the stage.”

Like many musicians, his initial infatuation with music came from singing the Gospels. As a child, Mitchell got his start at singing competitions within the church and at 15 he received his first guitar. A year later, his youth pastor at Downtown Pentecostal Holiness in Shawnee took him under his wing and taught him how to play.

“By the end of the year, I was already better than him at playing,” said Mitchell. 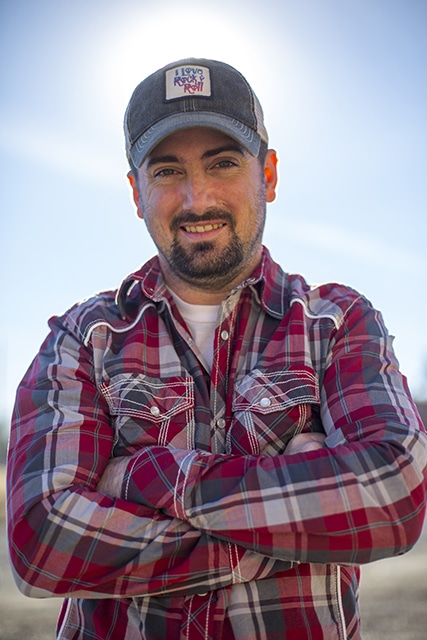 The soft spoken singer served nine years in the Oklahoma Army National Guard. He attributes his inspiration for playing music to when he was stationed in Afghanistan for 15 months.

“The base I was at had a P.A. system and I asked my mom to send me my guitar so I could play over it. It was mostly to just have fun and mess around on the guitar but quickly became highly requested on a weekly basis from fellow soldiers,” said Mitchell. “Those times are what gave me a great inspiration for the passion I have for playing.”

Mitchell has been a CPN employee for four years, and currently works in the Environmental & Roads Department as the Roads Planner.

“A lot of people say this, but the truth is that working for the tribe is great for me. They’ve always been supportive of my playing, this year they even invited me to play the employee Christmas party. A lot of employees and tribal members go to my Shawnee performances, and it means a lot to see them out there.”

He plays at local venues often, including the Wormy Dog Saloon in Oklahoma City and Grand Casino Hotel and Resort. Mitchell has also performed at several of the state’s seasonal festivals like the Tres Suenos Wine Festival in Luther and the Blackberry Festival in McLoud.

Mitchell is currently recording demos with Meadowbrook Records in Shawnee, and the Bethel Acres-native has also been gaining notoriety in Nashville. Recently, the singer/songwriter has spoken with promoter Steve Bloch and Vice President of Black River Enterprises Doug Johnson in order to promote his music.

“Like everyone,” said Mitchell, “I would like to be able to write and perform my music full time. But working for the tribe is the best situation for me until that day comes, which I think it will. I wouldn’t change it for anything.”

If you would like to learn more about Sammy Mitchell’s music and upcoming performances, check out www.SammyMitchell.com and www.Reverbnation.com/sammymitchell.