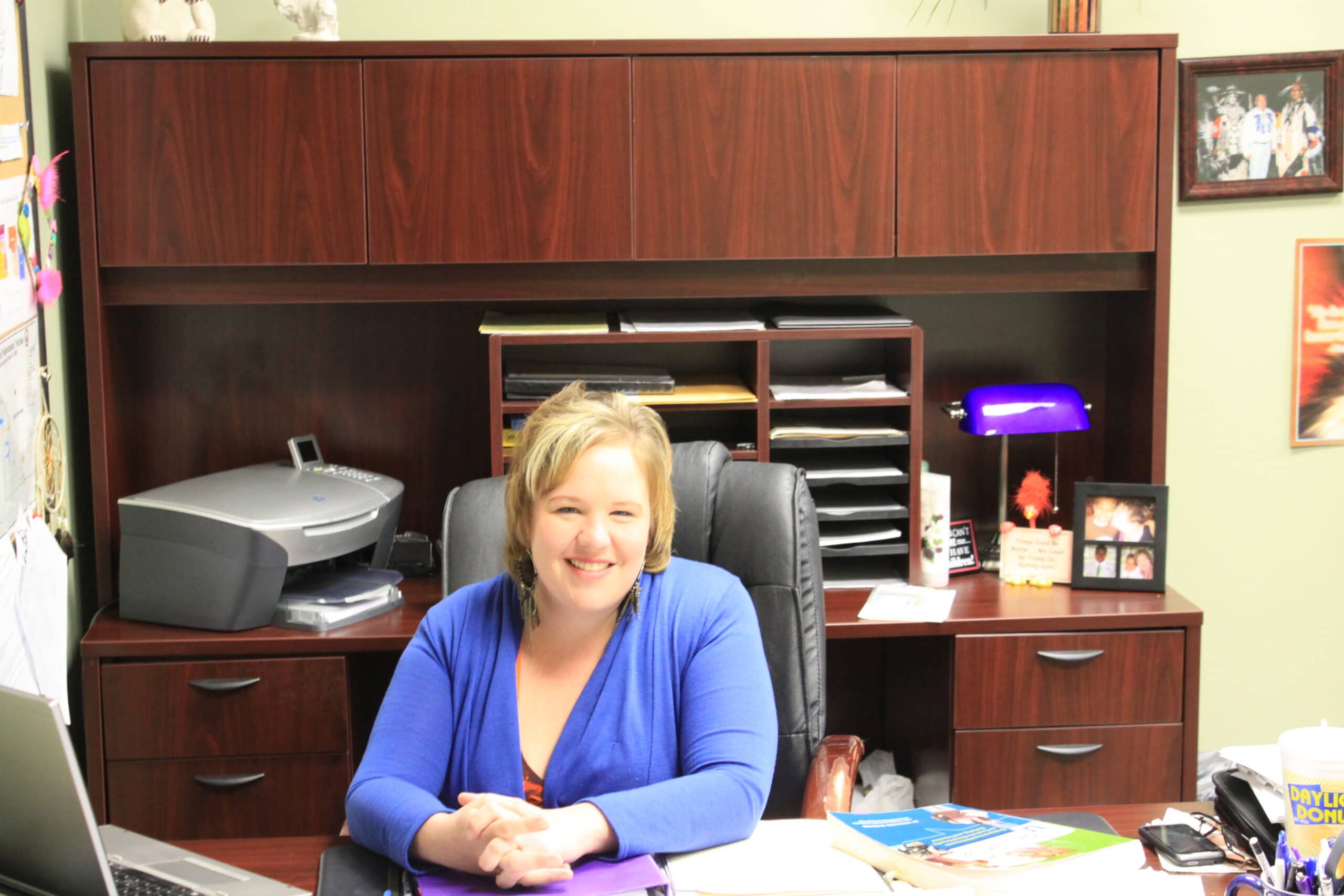 When one thinks about the toughest jobs of the more than 2,200 employees of the Citizen Potawatomi Nation, services like the police and health clinics likely comes to mind. Yet to anyone organizing a couple dozen teenagers in an after school setting, the notion of “toughest” takes on a whole new meaning.

Offering one of the only local after school programs for tribal youth in the Shawnee-Tecumseh area, FireLodge Youth Council and The P.L.A.C.E are under the direct supervision of longtime tribal employee BJ Trousdale. A Tecumseh native herself, the Toupan family descendent credits her father Bob for teaching her  the tribe’s heritage, a result of which has been her full-time service to the tribe since 2003.

A 2000 graduate of Tecumseh High School, Trousdale left for college at the University of Central Oklahoma before returning three years later, where she began work in the Indian Child Welfare Department. Yet work for the tribe goes back to the age of 15, when she worked at the old Potawatomi Museum and Gift Shop under then-director Esther Lowden.

“Under Esther and my co-worker Ginger Johnson, I learned many things about my culture, dancing and Native arts and crafts,” said Trousdale. “The next summer I was blessed to be able to work in the CPN Child Development Center under Donnette Littlehead where I gained a lot of valuable experience.”

During this time, Trousdale admits that some choices made in her personal life left her with a significantly different outlook than she may have otherwise had.

“At that age, I had begun to take several risks and made unwise decisions which led to me becoming an unwed pregnant teen, an experience that makes me passionate about the work I do today. Despite that, my tribal family continued to support me and guide me as I took on the difficult task of parenting.”

Trousdale continued working though, remaining at the CDC where her newborn son attended. On top of this, she also began working nights and weekends at the tribal smoke shop until her graduation from Tecumseh High School.

After her time in Edmond, Trousdale returned to CPN as an intern in ICW under Director Janet Draper. One year later, following the completion of her Bachelor of Arts in Interpersonal Communication, she began work as a full time child welfare case manager.

“The tribal families, desperation, struggles and environments I was exposed to really opened my eyes to the reality I hadn’t ever experienced,” recalled Trousdale.

Serving eight years in this role, Trousdale was approached by Draper about a more preventative notion for alleviating some of the issues FireLodge Youth and Family Service employees came across each day. Draper and other tribal leaders decided to develop a new tribal program sponsored by the Citizen Potawatomi Nation that sought to serve local Native American youth. The program was designed to provide participants with a structure that promoted positive life choices and after school activities.

“I was deeply honored to be asked to be the FireLodge Tribal Youth Program Coordinator, and extremely excited about its potential. I had previously worked with the Soaring Eagles first offender intervention program at CPN, and I saw the impact collaborating with juvenile offenders and the challenging circumstances they faced,” said Trousdale. 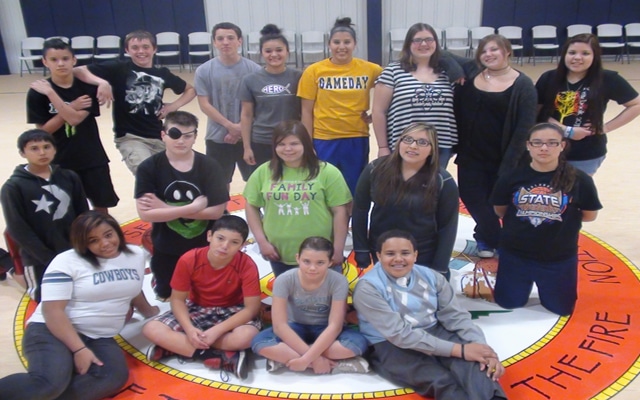 Knowing the challenges facing her new task, Trousdale decided that in order to best serve the program’s youth, she would pursue her education and become a licensed professional counselor. She continues this academic pursuit to this day.

“We strive to guide youth to positive, future focused behaviors and help them to avoid negative, life-changing mistakes all the while supporting families and community entities that support the youth who enter our program,” added Trousdale.  “Our goal is to provide holistic cultural services to our youth in areas like good physical and mental health, support driven education and job preparedness. Ultimately, we want to help them be part of well-functioning, stable and healthy families.”

Given her long time service as a CPN employee, Trousdale’s perspective on the tribe’s progress over the past two decades is important for perspective. While many contemporary employees only know the tribal programs and enterprises as they stand today near the intersection of Hardesty Road and Gordon Cooper Drive, Trousdale has been on hand to witness the changes as a worker and tribal member.

“FireLodge Tribal Youth Program has made progress, specifically in rebuilding community partnerships that in previous times, may have been lost when funding was not in place,” she said. “In addition to having several CPN departments that always supported our tribal youth programs; we have made an effort to collaborate with tribal and non-tribal members. Native American youth’s experience in Oklahoma is unique because of our jurisdiction, thus we have to collaborate with everyone around us. I think that has been to our benefit.”

Currently under her charge are two distinct programs, though they collaborate and contain many of the same members. The Potawatomi Learning and Cultural Exchange (P.L.A.C.E.) is the longest running of the two, teaching young people how to deal with the challenges they face in today’s world, including conflict resolution and dealing with the increasingly diverse American culture. Each year, the program takes up a cause that reflects this mindset. This year’s focus was Native pride, where the participants were taught about the challenges of cultural stereotypes and how to combat their imposition.

Newer, but seemingly as popular, has been Trousdale’s supervision of the FireLodge Youth Council. The council, made up of local youth, allows participants to address issues they face rather than having adults oversee every aspect of instruction.

“We’ve found that the youth council is one of the most empowering and hopeful experiences these teenagers can have. They have more power than we do as adults in many circumstances when it comes to making positive, effective changes to their communities. They are involved in many decision making processes, and participants increasing responsibility reflects in their everyday lives,” said Trousdale.

Trousdale’s role at the head of a collaborative body for tribal youth seems to fit, as she has been in similar circumstances many of the programs’ participants are today. Her experiences are likely why Director Janet Draper chose her in the first place, and are reflective of the youth programs’ ongoing success in shaping local Native youth.

If you would like to learn more about FireLodge Youth and Family Services, please visit www.potawatomi.org/services/community/firelodge-children-and-family-services.