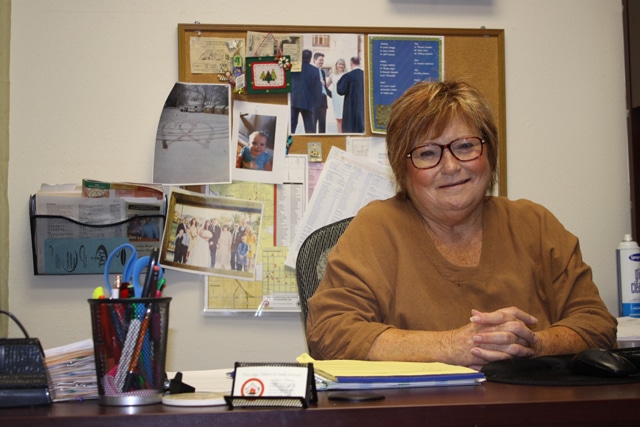 Citizen Potawatomi Nation’s $522 million economic impact is just one aspect of the tribe’s role in the community. Equally important are the social services provided for local residents and Potawatomi around the country. Employees like Jackie Davis of the Family Preservation program play a key role in the lives of tribal families in need.
Davis, a former school teacher and advocacy specialist at the Oklahoma Education Association, works in CPN’s FireLodge Children and Family Services Department. As the head of the Family Preservation program, she is tasked with ensuring the wellbeing of tribal children and families. Her role specifically is to work with families who are in danger of having their children removed from the home due to an unsafe home environment.

Whether their situation is due to struggling finances or a need for increased parental oversight, Davis approaches each family and child as a unique case.

“They’re all so distinct from one other, even when they appear on paper as similar,” said Davis. “There is no set method of dealing with all of the cases we have. You have to work with each situation in a different way.”
One misconception Davis is adamant in addressing is the notion that Family Preservation is a welfare program that simply hands out money.

“First and foremost, our goal is the preservation of the Native American family,” she explained. “If a family is struggling to make rent or pay bills for a month as a parent transitions between jobs, we will help them if we can. Certain criteria must be met though, and we do a good job of following up on families we work with.”

The Family Preservation program provides counseling, individual parenting classes and in some cases, at-home drug tests in their ultimate goal of stabilizing the family. The program has jurisdiction throughout the country to protect Potawatomi children and works closely with the other departments in FireLodge Children and Family Services.
Staff in CPN’s Indian Child Welfare Department, Domestic Violence Department and the FireLodge Youth Council all work closely with Family Preservation in order to ensure the welfare of Potawatomi children.

“Jackie’s job in the Family Preservation Program is vital to the success of the Indian Child Welfare Program,” said FireLodge Children and Family Director Janet Draper. “The goal is to reunify the children who have been removed from their parents or are at risk at being removed.  Jackie meets with the families to assess their needs and assist them with successfully completing their court ordered treatment a plan if a child is in court custody.”

In the areas surrounding the Citizen Potawatomi Nation, those services also extend to members of other tribes who reside on CPN land.

“Case workers in all the departments work together, so we are never really working alone on a case,” explained Davis. “Because of CPN’s large geographical areas, we also will work for the benefit of children of other tribes who fall under our supervision. But at the end of the day, despite it being hard for some families to see, our goal is to keep them together. No one wants to split them up.”

With hesitation, Davis describes the challenges faced by the staff members of Family Preservation and its sister departments.

According to her, “The failures are the hardest part, especially when you work so hard and want so badly to see the family succeed. Those situations are tough because you go home at the end of the day asking yourself, ‘Did I do enough? Could I have done something different?’”

Yet, for all the stress, the former school teacher says she would not want to be in another line of work.
“I have always been in a helping profession, whether it was when I was teaching or when I was an advocate for educators. I just wouldn’t be happy if I wasn’t able to assist people who need it.”

With that outlook, Davis remains upbeat despite the harsh realities she and her co-workers sometimes face in their daily work. A tendency to focus on the positives is a trait that many of FireLodge Children and Family Services staff retain.

“When you see a family together,” said Davis, “and they are happy, that is when it is worth it. When that child sees their parent, their eyes light up and they run to their mom or dad, it is such a rewarding sight for me. Our job never seems to end, we’re always checking up on cases even years after. Yet seeing a child embrace a parent or a new guardian, without fear, it really makes the tough times worth it.”