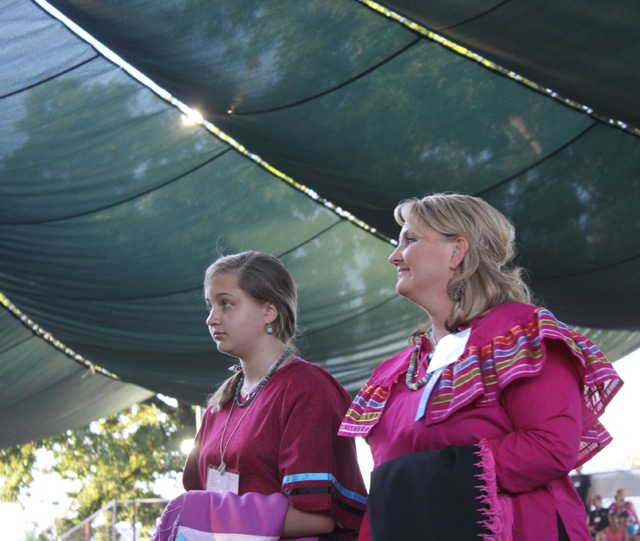 Citizen Potawatomi Nation’s 16-person legislature covers the entire United States of America, with districts 1-8 encompassing the states outside of Oklahoma. One of the five Oklahoma-based representatives, Bobbi Bowden, has served the tribe for more than four years as the District 13 representative.

A Choctaw, Okla. native, the Trombla family descendent still lives in her hometown and is an alumni of University of Oklahoma, where she focused on a degree in finance. The years of study in Norman, Okla. landed her a job in the banking industry, which turned into a 25-year career in the banking and title industry sector.

During this time, she kept up with her longtime passion of interior design. In January 2013, Bowden started anew following years of preparation and obtained her certification from the Interior Design Institute. She started her own firm, Dash Design, which serves residential, commercial and new construction projects.

While she grew up knowing she was Potawatomi, her family didn’t participate in the tribal gatherings or general counsel meetings. This perspective provides Bowden an insight on the issues facing tribal members, specifically those unfamiliar with CPN’s culture and services.

“From someone who grew up not being involved in tribal activities I understand how some members simply are not aware of the benefits we have access to and the traditions we are so blessed to be a part of,” said Bowden.
“I always want to encourage people to ask about the tribe’s traditions, dancing and regalia. It is very intimidating if you’ve never participated in those activities before, in terms of not knowing what you should do and wear. But like those who helped me when I was in those shoes, we have so many knowledgeable members that are more than willing to guide those wanting to learn. They’re a resource everyone should use.”

Her participation in tribal affairs changed just prior to 2007 constitutional change that established the current government structure.

“When I initially decided to run, we were still under the five person business committee,” recalled Bowden. “After a meeting with Chairman Barrett and Vice Chairman Capps, where they updated me on the great things the Nation was accomplishing, I decided I could not wait to be a part of it and serve in any way possible.”

Now in her third term, the Trombla family member says that her role as a legislator and active tribal member has two functions.

“As a member of the Legislature, my main function is to get information out to fellow tribal members. I take great pride in getting others involved in some of the traditions. As a tribal member, there is no greater feeling than I get dancing at Grand Entry with my children beside me. I hope they cherish these traditions and carry them on throughout their lives.”

To contact District 13’s Bobbi Bowden, please call 800-880-9880, or email her at bbowden@potawatomi.org.
If you would like to learn more about the Citizen Potawatomi Nation’s government, please visit www.potawatomi.org/government. For a map of the tribe’s legislative districts, please click here.