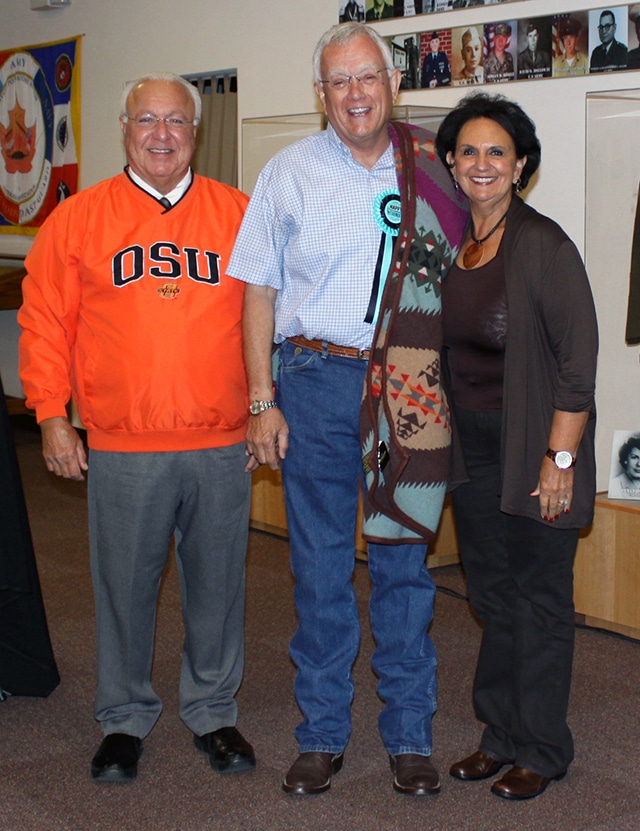 Housing Director Bob Carlile retired in July after more than 15 years of service with Citizen Potawatomi Nation. Carlile joined CPN after working with the Sac and Fox Nation and the Cherokee Nation.

“I won’t call this a retirement because that means we won’t see him again,” said Chairman John Barrett. “This is the second part of our friendship. Bob has left a lasting impression on this tribe. I truly appreciate everything you’ve done and you’ve done it with whit, grace, humor and style.”

Bob was responsible for CPN’s Housing program, which offers a variety of programs to assist in providing a decent, safe and sanitary housing to tribal members.

These programs include low income housing, down payment and closing cost assistance, the Home III construction program, which enables Citizen Potawatomi Nation tribal members to build a new home, an acquisition program for the purchase of existing homes from the CPNHA inventory and emergency home repair loans to low income Native Americans, who reside within the CPN jurisdiction, with a priority given to CPN tribal members.

“My time here was great,” added Bob Carlile. “CPN is the best company and Rocky and Linda are the best bosses I have ever had.”

Citizen Potawatomi Nation staff presented Bob with several going away gifts at a retirement party. Among those gifts was a Pendleton blanket. The blanket is a Potawatomi gift that symbolizes keeping the recipient warm in our thoughts.

Bob plans to begin his retirement with some travel, visiting Branson, Dallas, Colorado, Nashville, Canada and the Dominican Republic over the next few years. When he isn’t traveling he will be enjoying his family and raising cattle in Sallisaw, Oklahoma.