From the July 15-19, CPN’s Language Department’s Justin Neely and Randy Schlachtun traveled to the Forest County Potawatomi reservation to take part in a series of language immersion classes.

“We were able to speak Potawatomi and learn about the more complex forms of the language such as obviation so as to better help others in Oklahoma,” explained Neely. “We also were able to hear more of the language and participate in a number of cultural activities like making moccasins, drying corn, making food, and playing Indian dice at the same time.” 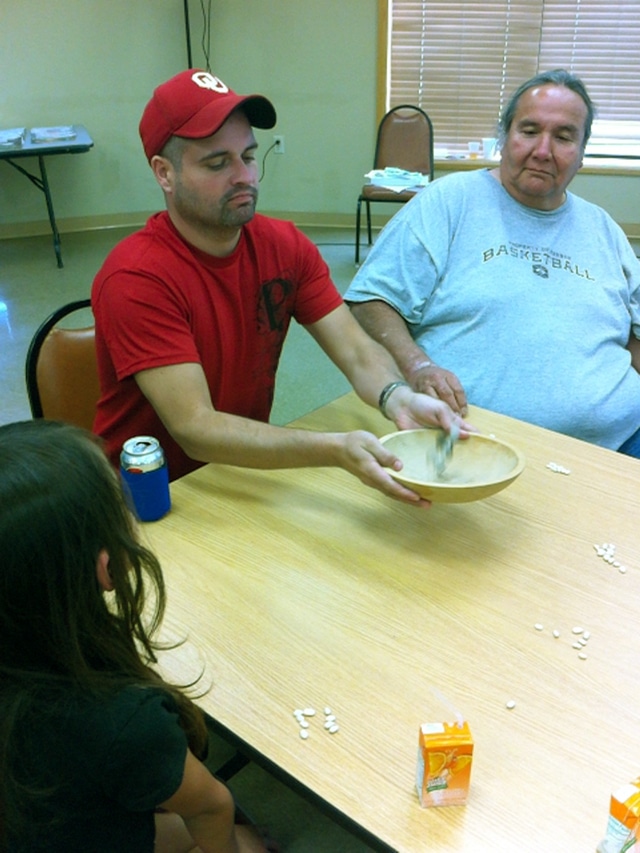 Each morning, Potawatomi from across the nine North American bands began the day by reviewing sentence structure and grammar. These exercises were led by CPN tribal members Lindsay Jones Marean and Thomas Loftis. 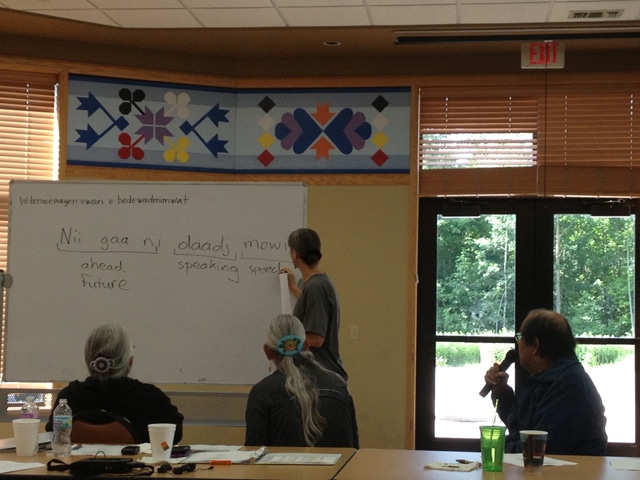 The immersion camp is an excellent opportunity for speakers of Potawatomi to meet and share their language, many of whom have been speaking it for many years. For participants like Schlachtun and Neely, the opportunity to simply sit and socialize in the tribe’s ancient tongue was the best parts of the entire trip.

“The most important thing is that we are using our language. I remember for the first time in over ten years ever having a conversation with one person in Potawatomi and at the same time hearing another group of folks within earshot carrying on in our language,” said Neely. “This is what we are shooting for. It is like we always tell our students ‘Remember to use your language no matter what you know. Don’t be afraid to use it’.”

If you’d like to learn more, visit www.potawatomi.org/lang. The Language Department is always interested in hearing back from tribal members and has created a survey for potential students here.