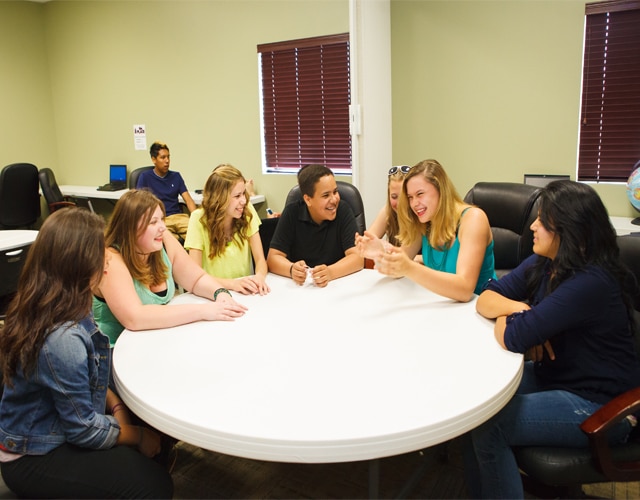 After centuries of mismanagement and abuse at the hands of the federal government, the 1978 passage of the Indian Child Welfare Act was a significant step in the right direction. Congress’ passage of the law sought to curb the high percentage of Native American children being removed from their homes under dubious circumstances.

According to the law, the act intended to “protect the best interests of Indian children and to promote the stability and security of Indian tribes and families.”

As part of this new legislation, tribes across the country established their own tribal-run child welfare programs. Those programs provide structure and guidance by promoting the role that tribal governments play in supporting Native American families both on and off tribal land.

CPN’s own Indian Child Welfare Program falls under the supervision of 16 year employee, Janet Draper. As director of the FireLodge Children and Family Services Department, she oversees the management of Child Protection, Foster Care and Adoption, the Domestic Violence Program and the Tribal Youth organization.

When she arrived in 1998, Draper was part of a small staff whose main focus was running the tribe’s First Offender Program, which mainly worked on rehabilitating recently arrested youth. Today, with the expansion of funding through federal grants, Draper heads a staff of over 20 which includes 6 ICW case managers whose main responsibility is protecting the tribe’s most vulnerable citizens.

CPN’s Indian Child Welfare Department has the authority to appear in court across the U.S. on behalf of any Potawatomi children who are removed from their homes for abuse or neglect. In worst case scenarios where parental rights are revoked, CPN’s ICW program has the right to have the child brought back to the tribal headquarters where they will be placed in foster care under the tribe’s supervision. The caseworker assigned to monitor the children can also request the legal proceedings be transferred to the tribal court, and in some cases, so can parents who are seeking to regain their parental rights.

“We are always supportive of the ICW’s work in looking out for Potawatomi children across the country,” stated Vice Chairman Linda Capps. “Their work is a great example of the tribe taking care of its own, wherever they may be.”

While the expansion in services is a positive for Potawatomi youth who live in challenging environments, the tribe’s supervisory role has also created a need for foster homes, a facet that continues to grow. This is especially critical considering the CPN ICW Department is responsible for overseeing the well being of 8,000 youth under the age of 21 in the five county area surrounding CPN headquarters in Shawnee.

“We always need foster parents. They don’t have to be Potawatomi, though that is a bonus,” explained Draper. “The kids need a stable home, and as far as the cultural aspects of tribal life, we provide classes and workshops that are open to the kids, the foster parents and the other kids in the home who may not be Potawatomi.”

Unlike state-run child welfare programs, Citizen Potawatomi Nation’s ICW Department has more flexibility in dealing with each individual family. Caseworkers typically carry around 20-30 cases apiece, each of which takes up about 80 work hours. However, unlike other child welfare services, CPN’s caseworkers can provide individualized support for youth and draw up personalized plans for parents seeking to recover custody.

“We try to be somewhat flexible in helping parents as long as they adhere to our supervised recovery plans,” said Draper. “The potency of the drugs that some of them have been on for years in some cases doesn’t mean that they can become fully functioning, responsible parents overnight. That said, we are strict, and we will terminate parental rights if they are not following our plan.”

Like the rest of the country, the spread of methamphetamine use has become a major catalyst for the work of the tribe’s ICW Department over the past decade. When she started in 1998, Draper’s primary foe was alcohol and chemical dependence, while now she estimates the methamphetamine use is involved in over 90 percent of the cases they deal with currently. As a result of the increasingly hazardous situations caseworkers look into, an armed police officer is always present.

These challenges aside, the longtime CPN-employee is upbeat about the work her caseworkers do considering the strenuous circumstances in which they do it.

“I’d say we’ve got around a 50 percent success rate in getting families back together and kids back into a safe environment,” said Draper. “Our philosophy is, ‘we can’t change you, we can only guide you’. While our staff has a tough job and they see a lot of painful things, we accomplish our goals because regardless of whatever issue we raise, the administration supports us 100 percent. That makes a world of difference in our work.”

If you would like more information on CPN’s youth and family services, please visit the Domestic Violence Program’s website or call either 405.275.3176 or (1)800.880.9880. To learn more about the Tribal Youth Council, please contact BJ Trousdale (bjtrousdale@potawatomi.org) or Michael Logan (michael.logan@potawatomi.org). For family services, please also see the CPN House of Hope website.