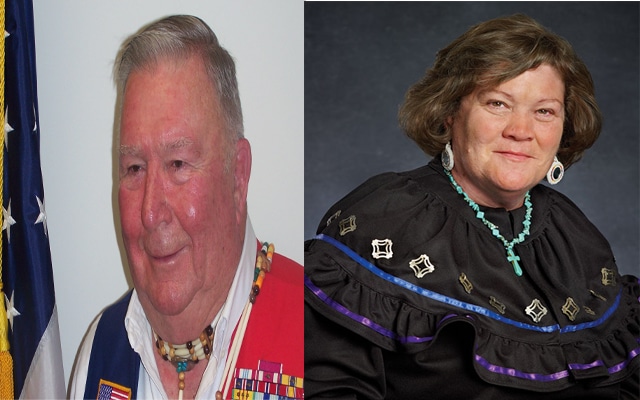 Why did you originally decide to run for the CPN legislature?

I learned from an early age going to meetings a love for the tribe. Also, I have always been a person to take a leadership role and wanted to use my talents to help in forming the direction the tribe takes.

What family are you from?

I am from the Navarre family. My great grandmother was Julia Burns. My grandparents John and Viola Martin raised their family in Rossville.

The current political structure of the Citizen Potawatomi Nation was created in 2008 with the constitutional change, an event which established the legislature. What are your thoughts looking back over the first few years of having a CPN legislature?

We have seen major changes since the new legislature has been in place. The amount of information going out to citizens is nothing like I have ever seen before. Everyone one the legislature works hard to stay informed and make sure citizens no matter how far they are from Oklahoma know what is happening day to day in the tribe.   We have groups of people all over the U.S. chatting every day and discussing issues important to Native people.

We are also seeing increases in scholarships and benefits as more people learn what programs are available to them.

I think the most important roll this legislature has played is setting up its’ roll for the future.   None of us will be around forever and great strides have been made to make sure the policies set forth today work for years to come.

Are there any new legislative initiatives you’d like to take up should you succeed in your reelection bid?

We are very fortunate in Kansas to be the only other district outside Oklahoma with a community center.  In the last couple years we have added staff in the Senior Care Network and transportation.  These would be the areas I would focus on if our needs for the area increase.  I would like to continue to be a strong voice for Kansas and voting in a manner that balances the needs for citizens today and growing to meet the needs of the next generations.

Over the course of your time in office, what have you seen as the biggest obstacle facing your constituents? How have you worked to address that?

It would have to be their blood degree. So many citizens still are under the impression they are not enough native blood to qualify for health benefits at clinics, scholarships and other grants.

I do not know that I would call it an obstacle but the fact that we are almost 30,000 strong and growing can be a challenge. I have mentioned several times in this article working for the future. I never dreamed when I sat in meetings as a child we would be where we are today. As we grown in numbers our benefits for our people will continue to be our biggest priority. I know the legislature is up to the challenge and have been excited to be a part of its’ formation.

Why did you originally decide to run for the CPN legislature?

I have wanted to be part of the CPN Legislature since the amendment to the constitution which created it was first passed.  However, when the first elections were held in 2008 I was working for the Nation in Oklahoma as the Director of the Cultural Heritage Center.

What family are you from?

I am a descendent of two Great-great Grandfathers, Joseph N. Bourassa and Lewis H. Ogee. Both were Headmen in the Tribe in the 1860’s and both signed the Treaties of 1861 and 1867.

If you win, what is one major issue you’d like to address in your new role as legislator for your district?

What are some other issues facing voters in your district that you believe need to be addressed in the next legislative session?

Having not served in the Legislature I am not aware of what issues are being or need to be considered in the next session, but the following are a few ideas that I think can be improved upon in during the next term:

Aside from some differences, what are some current legislative initiatives that you will continue to support should you win?

Although I’m not currently serving in the Legislature I have gone online to review the actions that the Legislature has considered in its past several meetings.  However, I am not aware of what current legislative initiatives are being considered.  Even so, I am committed to support initiatives that meet the following criteria: