Tribal youth to learn about ‘little brother of war’ tradition

There is a story about a disagreement over hunting grounds between the Chickasaw and Choctaw tribes. The two peoples had lived near each other in the country’s southeastern states before their removal by the U.S. government, and like all neighbors had occasionally clashed. When the government put them next to one another in what was then known as Indian Territory, tribal leaders feared fighting and all-out war might erupt over disputed hunting rights. The tribal elders decided to settle the matter in a manner where no one would be killed, through what is called ‘the little brother of war,’ or stickball.

Called Pegnegewen in Potawatomi, for hundreds of years the game was played on fields that could be a mile or longer, with games lasting anywhere from a few hours to an entire day. A single goal post with a line drawn on it half way up was placed at each end, and players received one point for hitting the pole itself, and two points if the ball strikes the line.

Though the game varies amongst Native American tribes across the U.S., the Potawatomi tradition resembles modern day lacrosse in equipment and rules. However, CPN’s close proximity to other tribes originally from different parts of the U.S. has created a need for compromise in playing the game.

“Since Potawatomi are from the Great Lakes region and tribes like the Choctaw and Chickasaw are from the south, our rules in Oklahoma are a little different,” said Coby Lehman, CPN cultural activities coordinator. “But since we all live close to each other in Oklahoma, we’re going to be playing a style that is a mix of different tribal traditions, but resembles the Seminole and Creek style more than anything.”

In this particular style, players carry two sticks, one longer than the other. Games are played on football fields, with teams of 30 on each team competing with one another.

“The game started out as a conflict resolution tool for warring tribes,” explained Lehman, who is a descendent of the Nona family. “Instead of fighting each other, tribes would play a game to settle disputes. Nowadays it’s played at spiritual and cultural events.”

As part of the CPN’s cultural activities for youth involvement Lehman invited Jeremy Wallace, Cultural Resource Instructor for the Chickasaw Nation, to the CPN Cultural Heritage Center to conduct a live demonstration on how to make sticks for stickball. 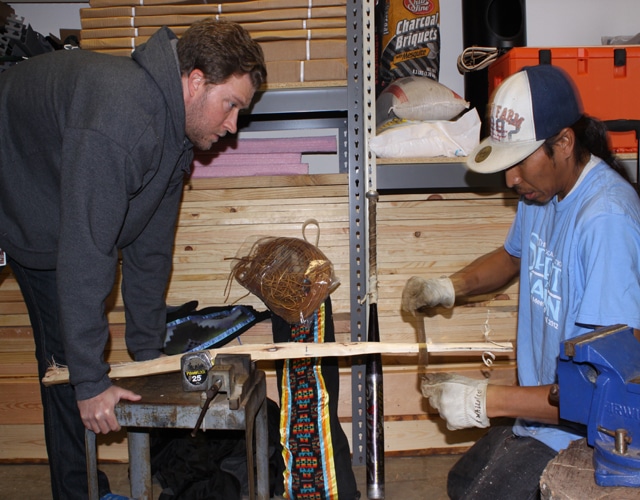 The stick is cut from a piece of Oklahoma hickory and each player fashions sticks that are around 2-3 feet long with a net at the end. As opposed to modern day lacrosse, the Seminole/Creek version of the game equips players with two sticks.

“Since we have a variety of tribal affiliations with our youth in the Shawnee-Tecumseh area, adapting the style of stick ball reflects the diversity of our tribal youth gatherings,” said Lehman. “Whatever tribe they’re from, it’s important for Native youth to learn about cultural traditions like this. While we’re not solving hunting ground disputes over a game of stickball like our ancestors did, the game can still show youth there’s a way to deal with disagreements in a constructive manner.”

If you would like to learn more, or know a youth that would be interested in learning more about playing stickball, please contact Coby Lehman (coby.lehman@potawatomi.org). 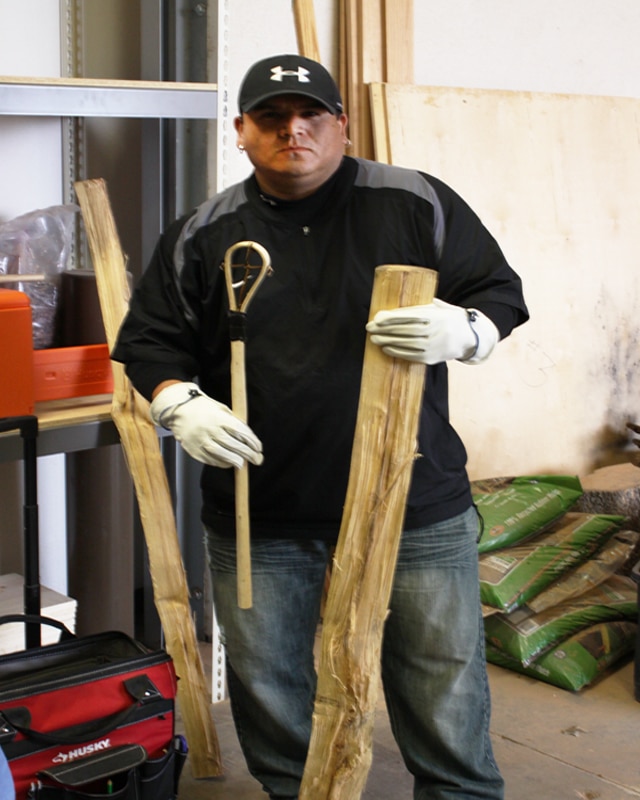