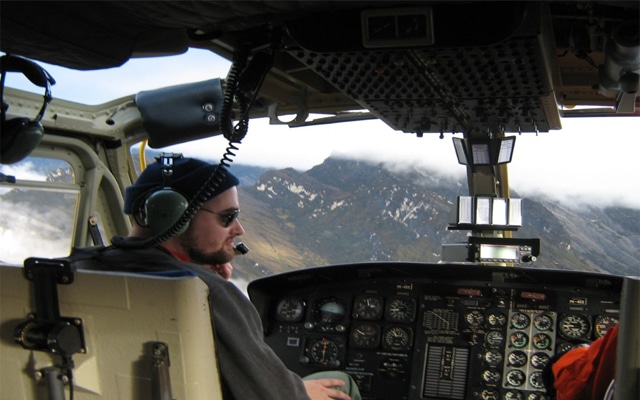 This month’s article details the academic career of Yancey Orr, a descendant of the Toupin Family. I first met Yancey about eight years ago when he was invited to stay with the Nation for a couple of weeks to learn about the cultural and business aspects of our tribe. It was here that he wrote and directed a documentary film on the history of the CPN alongside with Bob Trousdale, then Director of the Tribal Heritage Project.

Yancey received his bachelor’s degree in history at Yale University in 2001. During his stay with the Nation, he was working towards his master’s in Religion and Society, also at Yale, which he received in 2005. Two years later he would receive another master’s in Anthropology at the University of California at Berkeley.

Yancey is not your typical college graduate.  He spent as much time in the field as he did in the classroom. In the summer of 2003 he went to Mindanao; the second largest and southernmost large island in the Philippines. Home to the country’s largest Muslim or “Moro” population, Yancey lived during a time and place of political turmoil where almost half of the indigenous population was displaced as a result of President Estrada’s “All Out War” strategy against the Moro Islamic Liberation Front that sought to establish an Islamic state in the area. Over half of the displacement was due to small armed groups carrying out blood feuds known as “ridos.”  And Yancey was right in the middle of it all.

During this time Yancey worked through the Paglas Corporation, a subsidiary of Chiquita Banana Inc. His primary research involved agricultural systems and violence in smallholder and plantation settings within the context of the Muslim rebellion.

He returned to the Philippines in 2004 to Jolo, in the Sulu Archipelago, the chain of islands in the southwest that rebels call Moroland, working under a research grant. As a precaution the local government gave him body guards for protection. As Yancey put it “…everybody carries guns even to the outhouse…” explaining that some places can be very hostile while other villages are very friendly.  Pictured with Yancey are his bodyguards from the Tausug ethnic group in Sulu. 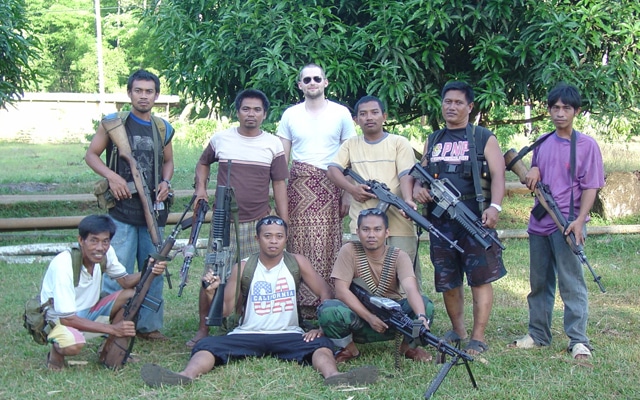 A few years later Yancey traveled to West Papua “Irian Jaya” in Eastern Indonesia. He worked at a gold, copper and molybdenum mine in Timika, Papua in 2007-08. The mining company gives money to the local community for schools, hospitals and other needs. Yancey was a Technical Advisor, managing these financial programs working in conjunction with the NGO [Non-Governmental Organization] of Lembaga Pengembangan Masyarakat Amungme to make sure that the programs were properly funded.

In 2010, Yancey returned to Indonesia as a consultant with the Agricultural Research and Technology Department, and the UNESCO [United Nations Educational, Scientific and Cultural Organization] on the Island of Bali. He provided legal analysis and planning for the Balinese UNESCO Proposal for the preservation of traditional rice agricultural and religious systems.

Yancey would go on to publish several papers of his studies. In 2010, he received the Dozier Research Paper Award by the University of Arizona for his essay “Coconuts and the Emergence of Violence in Sulu, Philippines.” An article concerning the role coconut farming plays in violence among the Tausug of the southern Philippines. That same year Yancey would receive the National Science Foundation Dissertation Improvement Grant for his doctoral  dissertation “The Emergence of Environmental Knowledge: Cognition, Interpretation, Perception and Social Labor in Balinese Society” that explores the “means by which phenomenological experience and symbolic systems shape epistemology.” In layman’s term how people learn about the environment around them and how to use it. Yancey went on to complete his doctoral in 2012 at the University of Arizona in Anthropology.

I asked Yancey what it means to be Citizen Potawatomi. Reflecting on the question, Yancey reminisced about the Phoenix Regional Meeting a couple of years ago, when Chairman Barrett was speaking about the history of our people. Yancey said it is much like the history of the East Indies as told by tribal elders in that part of the world; the Dutch giving arms to allied tribes to combat other tribes resistant to their occupation.

In his travels and talking with local villagers, the stories of their people are parallel; adding that the SE Asians identify with Native Americans, striving to be sovereign, losing land to colonization and displacement.  “I can appreciate the lives of the people I’ve met…”  Yancey said, knowing that he shares a similar ancestral history with the people he has come to call friends.