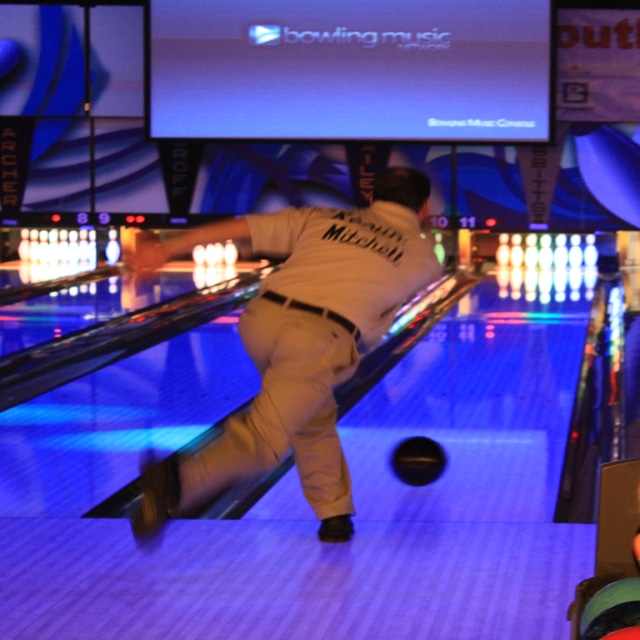 SHAWNEE, Okla.— FireLake Bowling Center and Big Brothers Big Sisters teamed up to raise more than $52,000 during the annual “Bowl for Kids’ Sake” fundraiser on April 12. The event featured 36 teams and was the organization’s largest fundraiser of the year.

“By the end of the night, we’d raised a total of $52,000 for Big Brothers Big Sisters,” said General Manager of FireLake Bowling Center, Chris Skillings. “On top of that we had a great turnout for the PBA event the next day. It was a good weekend all around.”

According to Big Brother Big Sisters Area Director Alfonso Nieves, the fundraiser reached its $30,000 goal before any bowling began on Friday night. Additional funds were raised throughout the night with raffles and live and silent auctions, topping out at $52,000, a new record for Big Brothers Big Sisters Shawnee.

“Last year’s event raised a couple thousand over our goal, about $28,000,” said Nieves. “Before a ball was thrown this year, we’d already beaten that total.”

To participate in the bowling tournament, teams of five had to raise $100 per member. Those 36 teams came from a number of local businesses and public entities, such as First National Bank, the Oklahoma Highway Patrol and the Shawnee Fire Department. Shawnee Mayor Wes Mainord was in attendance, leading his own team that was put together on the spot with members of Big Brothers Big Sisters.

Given the large number of entrants, there were different categories of the tournament for each respective business sector. The Bankers’ tournament was won by the team from Vision Bank, while the Civic Clubs division was taken by the Kiwanis. In the Realtors competition, the Pru-Crew-Team Denise Kulow with Prudential Carolyn Harris Realty took the title, while the Emergency Services competition went to the team from the Shawnee Fire Department.

“We want to thank Chris Skillings,” said Bowl for Kids’ Sake Chairwoman Denoda Martin. “He has been instrumental in getting this together.”

“Chris got FireLake involved before the 2012 event,” pointed out Nieves. “He came to my kick off meeting as the new area director to learn about our organization. After hearing firsthand what we do, he stood up at the meeting and said ‘Excuse me, but after hearing about your work, I want to host Bowl for Kids’ Sake at no charge’. It is why we work with the Potawatomi Nation, because they’ve been so helpful with us.”

An added bonus to the festivities was the participation of several members of the Professional Bowlers Association at the event. The bowlers were in attendance ahead of the April 13-14 PBA Southwest Region Shawnee FireLake Open. Teams participating in “Bowl for Kids’ Sake” were able to bid on those professional bowlers in attendance to join their team in hopes of bolstering their chances at taking the title. 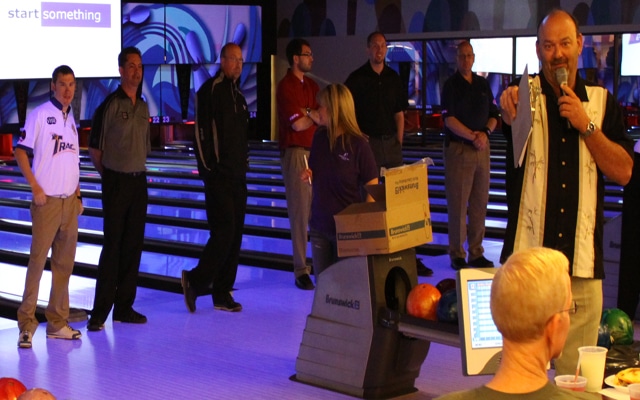