Health care reform and the impact on the Citizen Potawatomi Nation 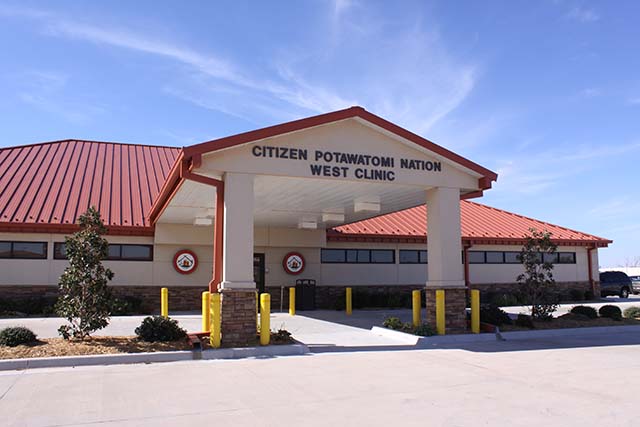 The Patient Protection and Affordable Care Act, signed into law in 2010, was designed to reform and expand health insurance coverage for all Americans. With nearly 32 percent of Native Americans and Native Alaskans going without health insurance, the law’s impact on tribal health outcomes is of interest to all of Oklahoma’s tribes. In order to clear up some of the confusion in the law’s implementation, the Oklahoma State Department of Health and Oklahoma Health Care Authority held a meeting on February 1 to inform and collaborate with tribal health authorities on their concerns. Members of the CPN Self Governance Office attended the meeting, with Director Rhonda Butcher giving a presentation to the attendees.

“The meeting was important for CPN members because we wanted to know what we’ll be dealing with as the law is unrolled,” said Butcher. “In addition to helping members, another key is to assist the tribal health system through increased revenue. If we can get enough people covered, then that is going to help us pay for other services down the line.”

The ACA provides expanded federal funding designated for health care beginning in 2014 through the expansion of Medicaid and health insurance exchanges, a positive for all tribal members. The law’s passage also saw the permanent reauthorization of the Indian Health Care Improvement Act, a legal blueprint for the provision of health care to Native Americans.

The health insurance exchanges will resemble the format in which airline tickets are purchased online, like Priceline.com. People who earn more than 133 percent of the federal poverty level and aren’t insured through an employer would be eligible to buy private coverage. For those under 400 percent of the poverty level, they would be eligible for a graduated federal subsidy to help pay for their coverage.

The ACA also provides tribal members flexibility when it comes to the law, as insurance coverage is not mandatory for Native Americans. However, if insurance is purchased through an exchange, tribal members will not pay deductibles or co-pays on their insurance plans.

For example, if a tribal member is covered by Medicaid or a private plan purchased on an exchange, their deductibles and co-pays are paid for by those resources rather than Indian Health Services Contract Health Services (CHS). These cost savings can be used to meet other tribal health care needs, likely resulting in an abolition of CHS waiting lists. Another positive is that there will be a monthly enrollment opportunity for Native Americans to obtain coverage compared to non-natives who can only enroll once a year.

The Medicaid expansion plan in the Affordable Care Act is designed for each state to raise its Medicaid eligibility standards to 133 percent of the Federal Poverty Level by 2014. Medicaid is a state managed health care program funded by the federal government. Oklahoma Governor Mary Falin’s rejection of Medicaid expansion due to potential added costs to the state could have an adverse effect for Native Americans in the Sooner State. Currently, individual adults without dependent children who have income of up to $15,000 (up to $20,000 for a couple) do not receive Medicaid health care coverage in the Oklahoma. In Oklahoma alone, the lack of Medicaid expansion means that over 95,000 Native Americans eligible for coverage under the health care law will continue to do without.

In order to provide maximum access to health insurance, tribal officials are urging the state to consider Medicaid expansion only for Native Americans that would not require state funding. Progress on this is moving forward, when the “Tribal Medicaid Reform” House Bill 1581 passed the chamber’s Public Health Subcommittee by a unanimous vote on February 21.

This means that if Medicaid were expanded, services provided by Indian health programs to Native Americans would be completely covered by the federal government in the future.

ACA also requires states to consult with tribes when setting up the health care insurance exchanges. Specifically, the states are required to add health care plans offering coverage to all tribal health clinics.

Also, exchanges must assure that Native Americans are properly identified so that they are protected under the law and receive its full benefits. This includes the use of “navigators,” who are representatives familiar with Native American health care expansion and who help tribal members attain health coverage. The law also mandates that tribal governments are able to choose specific members to financially sponsor if need arises by combining health insurance payments.

For more information on the ongoing changes to the health care law, please see…