Just a few decades ago the Citizen Potawatomi Nation had less than $1,000 in the bank and conducted much of its business out of a single wide trailer. General tribal meetings were held under the supervision of Bureau of Indian Affairs agents, typically in places like St. Benedict’s Church in Shawnee for lack of a larger place. Many services, like Tribal Rolls, were done out of employees own homes.

That image is a sharp contrast to the growth and prosperity that CPN knows today. With an increasingly diversified business portfolio and new construction of the Grand Hotel, FireLake Family Resort Bowling Center and the CPN Eagle Aviary in the last five to 10 years, it is hard to imagine a time when such circumstances were the norm.

But for the tribe’s elders, that scenario was reality. Mary Powell, the current receptionist at the CPN Cultural Heritage Center and longtime tribal employee is one of the few who have been witness to the growth and success of Citizen Potawatomi Nation.

Asked if she missed anything compared to when she first began working for the Nation, Powell’s answer is a testament to how far the tribe has come in such a short time.

“No I don’t miss it really,” she said. “Because when you didn’t have anything, compared to now, it makes me feel privileged to see where we’re at.  A lot of that is because we’ve been smart about investing. It’s like the Chairman (John Barrett) always says. ‘You can’t eat the seed corn’.”

A member of the Melott and Bergeron families, Powell first began working for the tribe in June 1969. Powell was at a tribal business council meeting with her father Frank Melott, campaigning for his election to the council, when someone suggested she run for the body’s other open seat.

“We were at St. Benedict’s gymnasium with the Bureau of Indian affairs there in the middle of everything like they did at the time,” recalled Powell. “They said we had a quorum, so we got to elect our tribal officers. All of this took place under their supervision, which is a lot different than it is today.”

Before she knew it, both she and her father were business council members.

Less than a year later, Powell moved from the business council to become the CPN community health representative when the position was created by Indian Health Services. The program was a first for many Native American tribes, and was one of many small steps in letting members address their own affairs. The representatives were required to travel to Arizona for a six week training course along with other Native American representatives from across the country.

“It was the farthest I’d ever been away from home. I had never even been on an airplane before. So to leave my husband and family, it was a big step,” said Powell.

The program trained Native Americans in ways to identify and address issues affecting their tribal citizens and lands. From the proper methods for drilling water wells to how to get funding for the installation of septic systems, the program taught the community health representatives the ins-and-outs of navigating the federal funding system.

“It was good to learn,” noted Powell. “They showed us how things should be and how things could be. They showed you the right channels to go through to get things done.”

Returning to Oklahoma, she began working out of her home. Powell used tribal rolls information to determine where Potawatomis in the surrounding areas lived, and began informing them of the services available to them through federal programs.

“What I was really doing was bridging the gap between the Indian and non-Indian community,” she said of her work.

In her role in making members aware of the services they were eligible for, Powell was the forerunner of the current Community Health Representative Program. As her visits to tribal members increased, she began picking up prescriptions or driving CPN members to the health clinic.

“It was never intended to be a transportation program, but it ended up being a huge one. At that time, people didn’t have a way to the clinic or to the hospital, so you’d have to take them,” she recalled. “They (Indian Health Services) paid our salary and our mileage but not our insurance. And look at it now; they have a fleet of vehicles!”

Powell spent a total of eight years as the CPN community health representative before moving out of state in 1978. In 1999 she returned, this time to work at the convenient store at the intersection of Hardesty and Gordon Cooper. A stint working there led her supervisor at the time to move her to the newly built FireLake Grocery store where she worked as a greeter.

Her affable demeanor during her time there led Cultural Heritage Center’s Cindy Merriman to offer her a position as receptionist. Powell’s long history of working for the tribe comes in handy in a building that houses the offices of Tribal Rolls and a museum dedicated to chronicling Potawatomi history. The center itself is a testament how far the tribe has come from the days when the Office of Tribal Rolls was run out of a person’s home.

Shy about her work, Powell gushed about her latest role for the tribe, saying “I’m a people person, so this job is great for me. I just want everyone who walks through our doors to feel welcome, to feel like they are at home. I like speaking to them because I have gotten to see everything that has taken place, from the water tower going up to the (FireLake) arena. When I see that stuff, I just say to myself, ‘Wow! This is really great, because we used to have nothing.’”

Powell and other elders who have worked for the tribe for the last forty years are living historical resources who give perspective to those who have come after. Their work in creating what Citizen Potawatomi Nation is today is astounding when compared to the days when the tribe’s governing issues were hashed out in a single wide trailer that sat just off Gordon Cooper Drive. 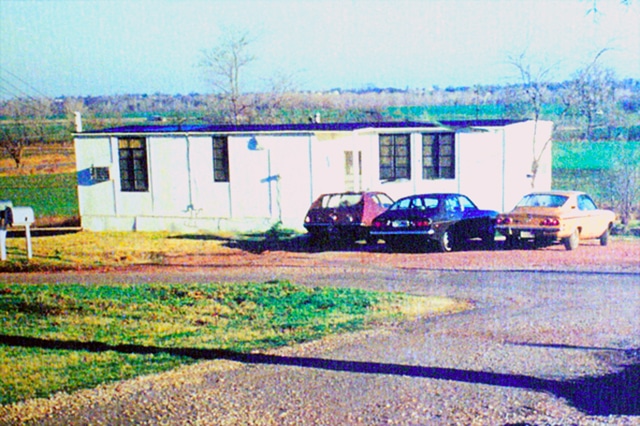