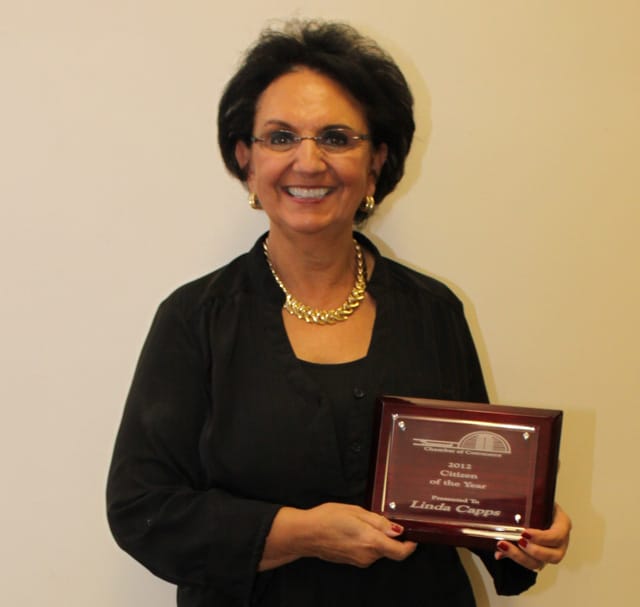 The Tecumseh Chamber of Commerce has honored Vice Chairman Linda Capps as Person of the Year for 2012.

“The Citizen of the Year Award is awarded to one individual who has been out there day after day, week after week, promoting Tecumseh,” said Aaron O’Rorke, executive chamber, Tecumseh Chamber of Commerce. “It is through their efforts and support that Tecumseh is a wonderful place to live and work. Mrs. Capps was nominated by ballot and then voted on by our general membership. Only members of Chamber are allowed to nominate and vote.”

Prior to leaving the Tecumseh School system, Capps was the Indian Education Director and a high school business teacher. Capps left the school in 1984 to continue her education career at Gordon Cooper Technology Center. She remained at GCTC until she came to the Citizen Potawatomi Nation on a permanent basis in 1999. She has been an elected official since 1987; and the Vice Chairman since 1990.

“The Tecumseh community is very important to the Citizen Potawatomi Nation. The Nation works well with the leaders of the community, the school officials, and with the governmental representatives of the City,” said Vice Chairman Capps. “I value the friendships that our Nation has with the people of Tecumseh.”

Nominations were made and winners selected by vote of chamber members. Other winners of this year’s awards were: