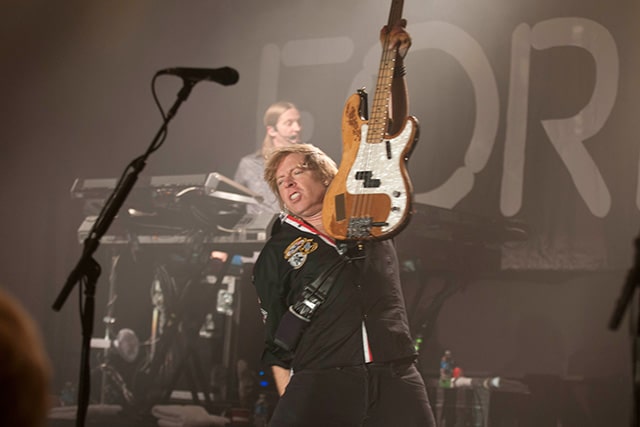 Oklahoma has a rich music history and has become home to many influential musicians spanning a variety of genres. The Grand Hotel & Resort is writing its own chapter in that history, entertaining hundreds of thousands of fans right in the heart of Oklahoma.

Opening in Oct. 2006, the entertainment venue at The Grand has seen a diverse group of award-winning musicians and comedians. Among the most popular shows were Gretchen Wilson, Merle Haggard, Wayne Newton, Ron White and Larry the Cable Guy.

The current event center accommodates a little more than 1,000 guests, and with one successful show after another, management decided it was time to expand. A new event center, slated to open mid-2013, will accommodate about 2,500 guests and allow for even more high quality entertainment.

“We have become a top entertainment destination and concerts and events are in high demand in this area,” said Brad Peltier, director of marketing and public relations for Grand Hotel & Resort. “A larger event center will allow us to meet that demand and bring in even better entertainment.”

The current event center has hosted performances by Grammy Award winning artists, legends of the Las Vegas entertainment scene and several comedians. The success of the events has been phenomenal, with each event nearly selling out.

“Our product is entertainment and we want to be the best at it,” said Peltier. “We provide an entertainment experience for our guests that can’t be matched, and that has allowed us to sellout more than 95 percent of the shows.”

Oklahoma has always had a rich musical scene, but recent additions of concert venues and the revitalization of downtowns into music hubs has allowed the national music scene to thrive here.

The new entertainment center will have theater style seating, advanced audio and video equipment and a green room for artist.

“We’re excited about the future of entertainment in central Oklahoma,” said Peltier. “We believe that this new entertainment venue and our new hotel will allow us to bring in even higher quality performers and make Shawnee an entertainment destination.”