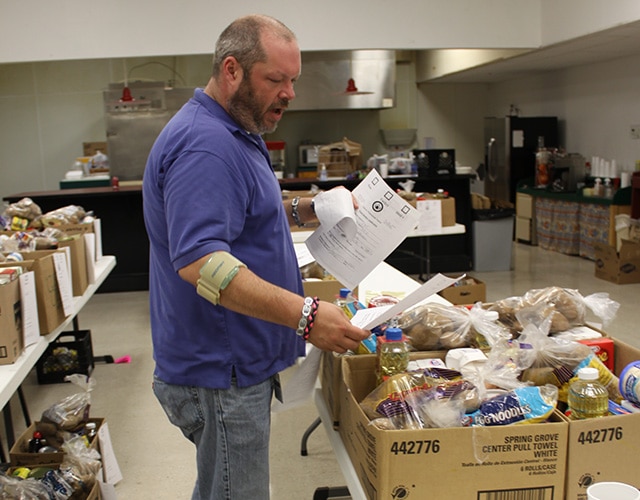 Families in Pottawatomie County had more food on their plates this Thanksgiving thanks to Citizen Potawatomi Nation enterprises and employees. Tribal employees were able to collect enough food to provide meals for nearly 130 local families.

“We have been helping local families with holiday meals for almost ten years now,” said Scott Hutchinson, employment and social services counselor, Citizen Potawatomi Nation. “Each year the need grows, so we’re thankful that CPN employees and enterprises are so generous.”

Employees will also be collecting food items for the Christmas holiday.

Families were identified on a referral basis to receive one of the meals.