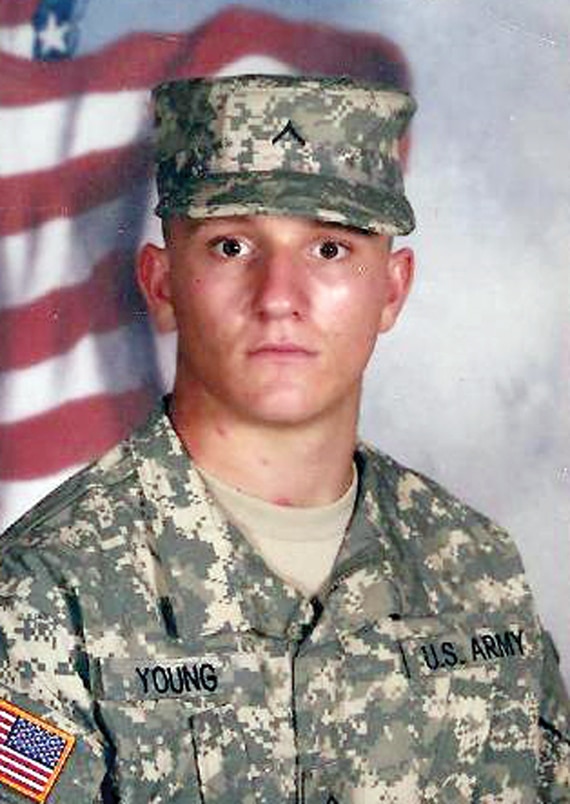 The world has lost a young warrior and a future engineer and architect, the work he would have accomplished and the family he would have created. His parents and other family members, his Citizen Potawatomi family, and his friends have lost a loved one and a source of inspiration.

As his aunt Amanda Salisbury wrote on the CaringBridge Website (www.caringbridge.org/visit/stephenandrewyoung/journal), “Stephen Andrew Young died on his own terms at 5:48 this morning (Wednesday, August 11, 2010) at University Hospital in Columbia, Missouri. His body stopped on its own, without intervention, and his soul returned to God. He is a fighter, a champion, a hero.”

Andy Young was the valedictorian of his Okemah, Oklahoma High School graduating class in May 2010. He postponed college attendance and his goals of becoming an engineer and architect to enter the U.S. Army. In July, Amanda Salisbury, sister of Andy’s mother Tammy Young, wrote in the Okemah News-Leader: “Andy – or, Stephen An­drew Young, as the U.S. Army knows him – is a soldier. He signed the documents months ago, along with his parents, Steve and Tammy Young. You see, Andy has a plan, a purpose, and the Army Reserve is an integral part of that plan. So, with his parents’ signatures and blessing, he signed on at seventeen. For the months until basic train­ing, Andy met once a month with his unit in Tulsa, Oklahoma.

“Little more than two weeks after Andy’s graduation from Oke­mah High School, Oke­mah, Oklahoma, Andy began basic training at Fort Leonard Wood, Mis­souri. He was ready. He knew how many sit-ups he needed to complete as fully as he knew the com­mitment he had made. Then, mere days after his 18th birthday, Andy’s plan was inter­rupted in a way no one could have anticipated.

“Just after midnight, in the predawn hours of Tuesday, July 20, 2010, the phone rang in the Young house on the grounds of the John H. Lilley Cor­rectional Center in Boley, Oklahoma. The doctor told Steve and Tammy that Andy was very ill. By 4:00 a.m. that Tuesday, Andy had been transported to University Hospital in Columbia, Missouri.

“Soon, the doctors diag­nosed Andy with Acute Myeloid Leukemia, an aggressive disease that must be met with aggres­sion. Family and friends dropped everything and traveled to see the boy we love.”

Young’s body will be taken home to Mangum, Oklahoma. His life will be honored in a service at Mangum High School Auditorium on Saturday, August 14 at ten o’clock in the morning.

Salisbury writes, “CaringBridge will remain up for some time for us to share our sorrow, our stories, our memories. The contents of this website will be arranged into a book for Steve and Tammy and Jesse.”

She added, “A good day. Whatever else today may be – and it is many things – it is a good day. Because God made the morning and the evening and saw that it was good. I shared part of the sunrise with my nephew Jesse and my sister Tammy and my sister Misty. The sunrise was glorious and we were together. “