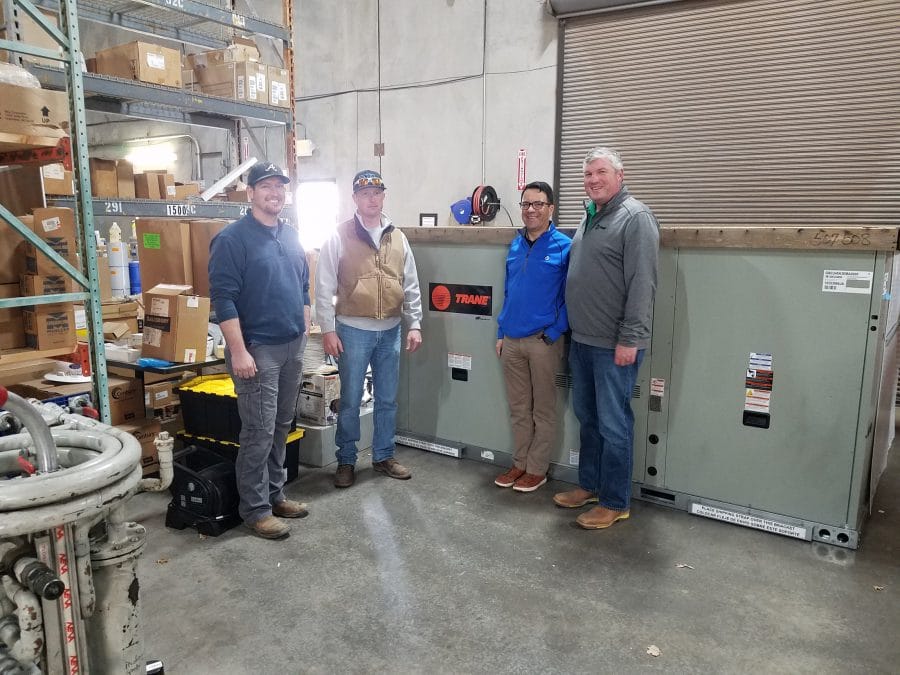 The original project’s specifications had changed, but Trane could not send the pumps back to the factory. Favre immediately thought of the Tribe and submitted the idea to donate the equipment to CPN. After the company agreed, he contacted Citizen Potawatomi Nation Mechanical Manager Chad Masoner.

“(Favre) said, ‘Do you want a bunch of free equipment?’ and I said, ‘What’s the catch?’” Masoner recounted with a smile.

“I think it’s a very good gesture, Chris looking out for the Tribe itself and the Nation,” Masoner said. “That typically doesn’t happen in this industry. You don’t ever get something for nothing, so to speak. So, that’s kind of a big deal.”

The ground source heat pumps given to the Nation require a significant amount of infrastructure. CPN began utilizing the renewable energy method in 2014 when the Nation built a chiller plant fed with water from a geothermal pond as air conditioning for FireLake Arena.

The Tribe is open to expanding its geothermal energy efforts, and Favre called the opportunity to donate a “providential moment.”

“It wasn’t something that we could just give at a discount or sell again. The only alternative was scrap it,” Favre said. “I hate to waste something when I know our people could use it.”

Depending on the terrain and machinery, different types of geothermal systems use the earth’s natural heat to control the ambient temperature on the other end. Trane’s donation includes three-phase units capable of cooling a medium-sized commercial building, which fits the Nation’s expansion over the last decade.

“It was a win-win for everybody, right?” Favre said.

He began working for Trane approximately 18 months ago. Shortly after he began, Favre crossed paths with Chairman John “Rocky” Barrett, who asked him to keep CPN in mind.

“He plants that little seed, and then it comes into fruition,” Favre said.

The mechanical maintenance department has not yet determined the use of the equipment. As the Nation continues to expand and build, the machinery will be considered as part of construction plans and options.