Summertime at the CPN Aviary 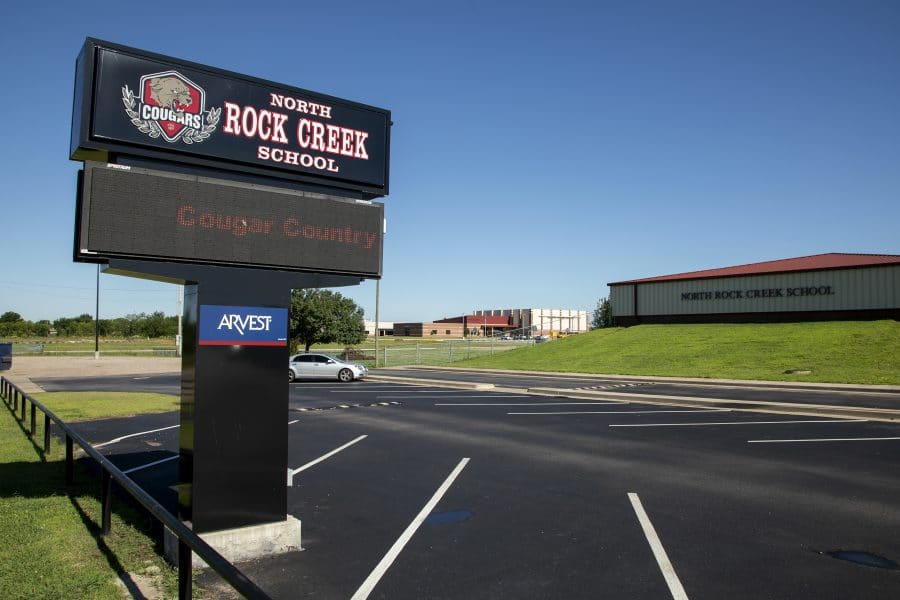 In 2015, as funding for education across Oklahoma fell after state budget cuts and a crash in oil prices, Pottawatomie County voters were asked to consider another direction.

“People see that schools are hurting, and they want their students, their children, their grandchildren, to be taken care of,” said Tecumseh Public Schools Superintendent Tom Wilsie in an interview with The Oklahoman in 2015. “We hope citizens in Pottawatomie County see the value in this,” and they did.

With support from civic and school leaders across the county, voters approved a half-cent sales tax that would last 10 years, with 0.49 of a cent earmarked to fund each of 14 school districts in the county and 0.005 of a cent to the Pottawatomie County One Safe Place Family Justice Center.

Citizen Potawatomi Nation joined the community effort. Under the direction of CPN Tribal Chairman John “Rocky” Barrett and support from the CPN Tribal Legislature, the Nation contributed funds to public school systems from sales tax receipts at Tribal enterprises. The Shawnee-News Star recently noted, “CPN has increased county school funding by an average of $49,000 per quarter — giving thousands of dollars in added revenue for the districts.”

Since the collections began in 2016, CPN has given nearly half a million dollars to county schools and the Family Justice Center, the latter of which helps victims of sexual violence and family abuse.

At North Rock Creek, one of the smaller school districts in the county, the combined funds from the county and Tribal sales tax contributions can be seen firsthand. In recent years, North Rock Creek, which has 38 CPN members as enrolled students, paved the road and parking lot to the middle school using the sales tax donations.

“Paving is so expensive,” said North Rock Creek Superintendent Blake Moody. “I couldn’t see us being able to pay a couple hundred thousand dollars to pave it, so I would just tell myself, ‘Oh, we can just drive on gravel.’”

Moody said the district is proud to see proceeds of the funding at use. They’re currently working on another project, a FEMA safe room for the elementary school.

The safe rooms are part of a FEMA program that funds 75 percent of the costs with federal funds if a school district can meet the 25 percent cost share.

“Without the sales tax for schools, we wouldn’t have even considered applying for a program like the safe rooms,” Moody said.

School funding in education at local schools is vital to CPN’s overall approach to the local community. With more than 2,300 employees coming from the areas inside and directly next to Pottawatomie County, the need for an educated and trained workforce is vital.

In the first quarter of the fiscal year, which began in October and ended in December, CPN contributed more than $52,000 to the county’s schools.

The Tribal sales tax isn’t the only giving the Nation provides to public education. Since 2005, CPN has donated more than $2.6 million to Oklahoma public schools from fees on its tribal vehicle license plates. In 2017-18, CPN tag owners donated $311,000 to the public school of their choice when purchasing or renewing their Tribal license plates.