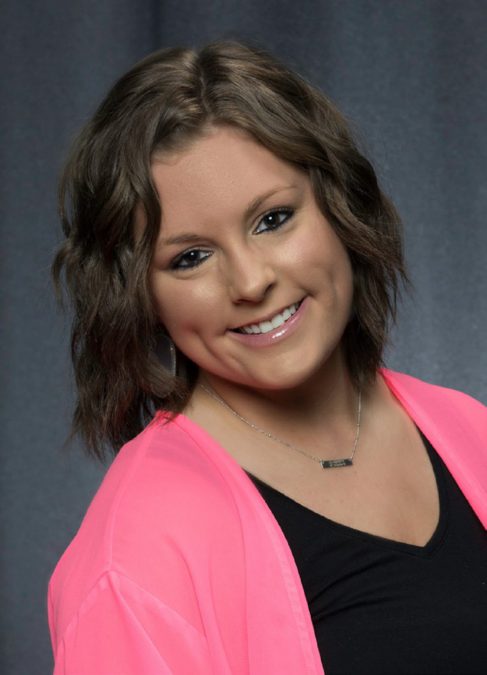 Tribal member and Citizen Potawatomi Nation employee, Morganne Lyon, has been accepted into the Leadership Native Oklahoma Program. The program aims to bring together Native American citizens from across the State of Oklahoma and build leaders that are committed to improving the future of Oklahoman communities.

Lyon, of the Peltier family, has worked as probate specialist in CPN’s Realty Department since 2013.

“Working for our tribal members has made me realize how much our members rely on CPN and how many various services CPN is able to provide,” Lyon said.

Lyon said she applied for Leadership Native Oklahoma because she wanted to meet other potential young leaders who care about their tribes as much as she does.

“I believe that in today’s society, networking is highly important and very useful,” Lyon said. “I have already begun collecting ideas from every tribe that we have visited thus far and hope to come up with programs and ways that CPN can continue growing.”

Lyon grew up in Shawnee, Oklahoma graduating from Shawnee High School in 2008.

“I grew up going to the Festival with my Papa every year,” she said.

She received bachelor’s degree in social science in 2012 from Saint Gregory’s University and then went on to earn a master’s degree in legal studies of Indigenous peoples in 2017 from the University of Oklahoma.

“I feel like because CPN helped me with scholarships for school, I owe them a service. I have been very fortunate and blessed to be able to utilize the different programs that CPN has to offer.”

In 2010, Lyon decided to go back home and pursue an internship at CPN Tribal Rolls. For the next three years, she continued to work in tribal rolls and primarily processed enrollments.

From 2013 to now Lyon has worked in the CPN Realty Department as probate specialist. Whenever a tribal member who owns interest in a tribal allotment passes away, she probates their trust property and determines who it’s passed onto.

“Taking tribal members through the probate process of loved ones is extremely important to me. It is a very touchy and emotional time in people’s lives and it takes a lot of patience and understanding to help,” she said.

Lyon said that she decided to go into realty because she was ready for something new and challenging.

“I knew that there were several different functions of this office and a variety of things that I had never attempted before. I feel like being challenged in your career (and life as a whole) is a great thing and keeps you always striving to be better and better,” she said.

Her passion for her tribe and work are paying off, and in participating in the Leadership Native Oklahoma program she said she sees an opportunity to contribute more to those missions.

“I am expecting to learn about other Oklahoma tribes through Leadership Native Oklahoma. It has been fascinating to see how other tribes operate and the programs that they have vs. the programs that CPN has,” she said.

“Two heads are greater than one! I hope to learn more about other Oklahoma tribes and gather ideas that CPN can utilize as we grow throughout the years to come.”