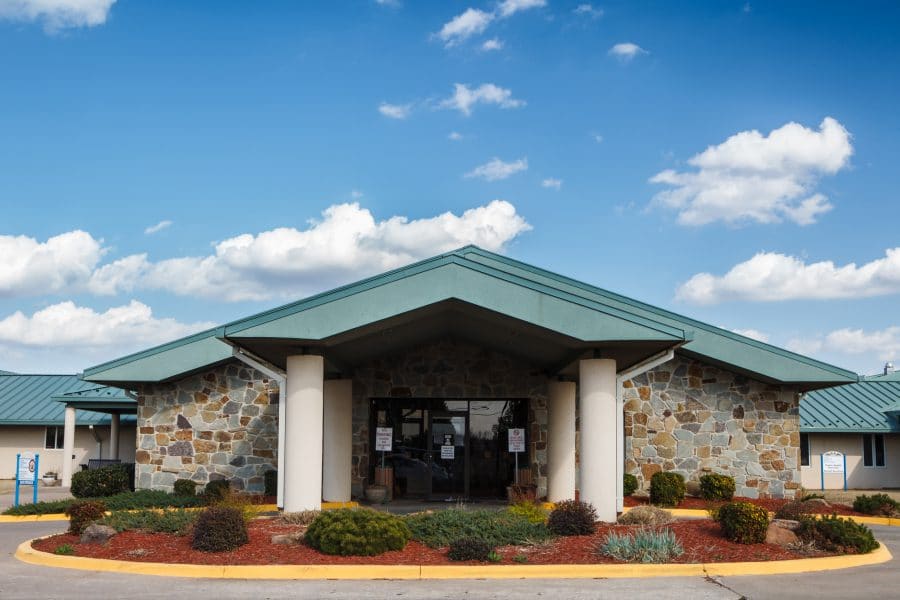 The Affordable Care Act extends Medicaid eligibility to adults with a household income at or below 138 percent of the federal poverty level. In Oklahoma, a single person making less than $16,620 would be eligible. For a family of four, their income could not be greater than $34,260.

Some citizens in Oklahoma have advocated for Medicaid expansion, run by the state as the SoonerCare Program. However, those limited funds assist the disabled, children and elderly. With the state’s refusal to widen its parameters, the federal government redirected Oklahoma taxpayer dollars to other states by upwards of $2 billion a year.

Critics of Medicaid point out that the state government’s cost match will be unaffordable over the long term. If Medicaid expands under the ACA in Oklahoma in 2020, the financial match from state coffers will be 10 percent in a decade, when it is capped.

Citing federal shortfalls in road and transportation funding, critics of Medicaid expansion mistrust the federal government to fulfill its portion of the agreement for an ever-growing health care program. In states where it has taken place, the number of Medicaid enrollees has skyrocketed, adding costs to states. If Oklahoma joins the 37 states with expanded Medicaid, the state estimates it will cost $150 million and $374 million.

There is another way to look at the rush to get health care coverage. The dramatic increase of enrollees in Medicaid programs seems to show that private markets with little competition have priced out many of America’s middle class and working poor. For others, their employer’s health insurance plans offer only underwhelming policies that do not cover essential health care needs available on middle class wages.

Tribal proponents of expansion in Oklahoma believe there is a beneficial aspect that state leaders should consider: the 39 Native nations located inside the state’s borders.

A recent study produced by the group IHS – Health Care Reform in Indian Country seems to indicate that the presence of tribes can offset a significant cost to the state.

Under the ACA, IHS service-eligible can receive health care coverage paid for by Medicaid funds. According to the U.S. Census Bureau, an estimated 34,474 uninsured Indian Health Service-eligible individuals in Oklahoma also meet Medicaid eligibility based on household income. If the state expanded Medicaid, the average annual per capita spent on them individually would be $7,255, which totals about $250 million. None of these more than 34,000 IHS-eligible Oklahomans would be counted toward the state’s funding of Medicaid support.

These American Indian or Alaskan Natives would join the total number of eligible Oklahomans, approximately 275,000. According to the study, the annual cost to the state government would be $206.4 million for the next four years, with an influx of $1.72 billion in annual federal funding making up the added difference.

The Health Care Reform in Indian Country study estimates that through a five-year period, $1.03 billion in state funding will secure $8.59 billion in matching federal funds. For every dollar of state funds invested in Oklahomans’ health care through Medicaid expansion, the federal government — through U.S. taxpayer’s dollars — would match state dollars spent, eight to one.

The expansion and inflow of federal funding to Oklahoma’s health care sector would trickle down to other facets of the state’s economy. Rural health care across America lags, and with the exception of a few tribal-run and IHS clinics, the trend continues in Oklahoma. Prague, Oklahoma, home to numerous CPN members and employees, has continually dealt with the threat of closure of its lone hospital.

Estimates from the study show that rural communities like Prague may find an economic boost from a Medicaid expansion. The inflow of funds would support a projected 17,000 jobs, including administrative staff, delivery and food service workers as well as nurses and doctors. Economically, the study estimates that it could trigger more than $2 billion annually in activity.

For Citizen Potawatomi Nation, the Medicaid expansion would be highly beneficial. There is often a misconception that by being an enrolled tribal member and visiting a tribal health clinic, it is the same as insurance. That is not the case. For those members without private insurance, Medicare or Medicaid, it is the Nation who pays for the costs of medical care. That means less money in other areas of need, whether for expanded health care facilities, services or staffing.

If enrolled in an Oklahoma Medicaid expansion however, these uninsured American Indian/Alaska Native patients would still receive the same amount of care, with the federal government picking up the costs, as stipulated by federal law and numerous treaty obligations.

As medical costs continue to rise, Oklahomans examine ways to ease the problem.

Greg McCortney — a state senator from Ada whose jurisdiction includes far southern CPN jurisdiction — is the state legislature’s point man in examining the expansion. The senator proposed legislation in the 2019 session that would create an “Oklahoma Plan” to boost private funds for the population using the existing Insure Oklahoma system, but it never went to a vote. He is now chairman of a state congressional working group that examines all options to bring back federal tax dollars paid by Oklahomans to be used by Oklahomans. The house representative and co-chair is Marcus McEntire from Duncan, Oklahoma.

On July 31, the Oklahomans Decide Health Care campaign kicked off a 90-day ballot signature drive. If successful — which requires 178,000 valid signatures — the campaign will put State Question 802 to a vote of the people in November 2020 on whether to fully accept Medicaid funds as intended by the Affordable Care Act. According to Oklahomans Decide Health Care, if approved, SQ 802 will amend the state constitution and expand Medicaid to low-income adults, ages 18 to 65 who earn less than 133 percent of the federal poverty level.

The initiative has the attention of Oklahoma’s political class, including Governor Kevin Stitt, whose staff will likely partner with the legislative working group under McCortney. In remarks to online media outlet NonDoc.com, the senator laid out his good faith approach in light of the push to amend the state constitution.