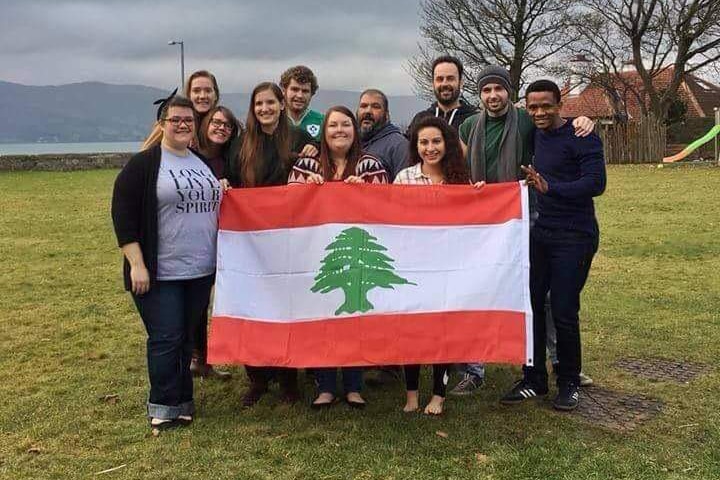 Tribal member Monaco Herrick completed high school in 2015, unsure of her passions or what she wanted to study. As a devout Christian, she decided to fill her life with mission work and attended Kingdom Discipleship Training School in Northern Ireland. Herrick’s journey led her across Europe and the Middle East, where she met and helped people with differing viewpoints and made lifelong friends.

“Anyone can do this. Anyone can love people. Genuinely, genuinely. It just took me stepping out and being willing to learn something and to help someone while I’m learning something instead of just making it about me or just about them. When we’re in our in-betweens still figuring some stuff out, that doesn’t make us disqualified from helping someone,” Herrick said.

After working as a missionary in Lebanon, Herrick now knows her future lies in facilitative mediation, helping two conflicting groups learn to communicate and come to mutual understanding.

Herrick lived in the U.S. Virgin Islands before traveling to Northern Ireland for three months at DTS. During her time there, the area still felt the effects of three decades of hostility surrounding Ireland’s political future, often referred to as “The Troubles.” The discipleship curriculum brought people together for simple things, such as a cup of tea or an evening of poetry.

“Hospitality. What a great ministry opportunity. That’s very different from the evangelism and other expectations that I was used to missions having,” Herrick said.

Next, she traveled to a Lebanese missionary school and taught youths of all ages, working on the concepts of forgiveness and reconciliation among the many regional groups in longtime opposition. Herrick often stayed with locals and friends she made while living in Lebanon for two and a half years and “fell in love” with the Middle East. She also introduced those rotating into the mission from other parts of the world to the customs and geography.

“Honestly, my favorite part of the job was showing people that the Middle East is beautiful, and the people there are so easy to love,” Herrick said.

In October 2019, massive civil protests known locally as the October Revolution began in Lebanon while Herrick worked at the mission. After nearly two months, she came back to the U.S. with the intention to return to Lebanon later. However, the coronavirus brought international travel to a halt. Protests continue today, with many calling for the resignation of Lebanese government officials after a massive ammonium nitrate explosion in Beirut on Aug. 4.

These circumstances cut Herrick’s time in Lebanon short, offering her no closure or chance to say goodbye. She now lives in Pennsylvania with her husband.

“The place is beautiful, the people fantastic, but more than that was this way that they were teaching forgiveness as a lifestyle and a way to healthily move on from things that have hurt you or injustices that you have faced. And I needed to learn more about that,” she said.

A Lebanese couple Herrick befriended hung a Gandhi quote in their home that read, “An eye for an eye only ends up making the whole world blind.” The simple decoration left an impression.

“That feeds into why I love having people over from other countries and … that’s why I was so drawn to hospitality and forgiveness as a journey you go on to help yourself and help others,” Herrick said.

One of her favorite lessons helped students view forgiving others as a strength as opposed to a weakness.

“Watching kids as young as 5 years old all the way up to the high schoolers that we taught be able to look at people and say, ‘Actually, I don’t need to push you back.’ ‘Actually, you’re worth loving even if you hurt me.’ Or, ‘You’re my friend, and I need you to treat me differently,’ That week is where I watch children begin to break the cycles that they’ve learned from their parents — that they’ve learned from their older siblings,” Herrick said.

Not yet prepared to invest in college, she wanted to explore career options after high school. However, Herrick found a way to give her time purpose while traveling the world and filling her life with new experiences.

“If I’m going to learn more about myself, and what I like doing and what I don’t like doing, I might as well be able to help others while I’m doing that,” Herrick said. “And so missions felt like a very good fit, and it really helped my relationship with God.”

She chose to attend DTS in Northern Ireland. Most students fundraise to pay for DTS as well as groceries and other bills while they attend. The program counts as 12 college credit hours, and the CPN Department of Education awarded her a scholarship as a full-time student. She also helped others attending the program raise funds to cover their meals and essentials, whether that meant helping them sell art or travel with them for safety.

“There were other kids in my school who stepped into it knowing they didn’t have everything they needed, and on the weekends, they didn’t get to hang out and have fun,” Herrick said. “They had to go busking in the streets with their instruments, or they had side jobs that they did, or they made jewelry, and it was something that they always had to do.”

After receiving Tribal support and spending time in Europe and the Middle East, she found her path toward a future in mediation at 23 years old. Herrick plans to attend college in the future.

“I am so thankful that I got the support that I did to go through my schooling,” Herrick said. “The grant that I got through CPN really made all of that possible, and then it really prepared me for … missions in that I needed to be okay with people helping me with my funding because it wasn’t a paid position for any of that time. And if I hadn’t got that training, and if I hadn’t gone through all I did in Lebanon, I wouldn’t know my direction.”

For more information on the CPN Department of Education, visit cpn.news/education.