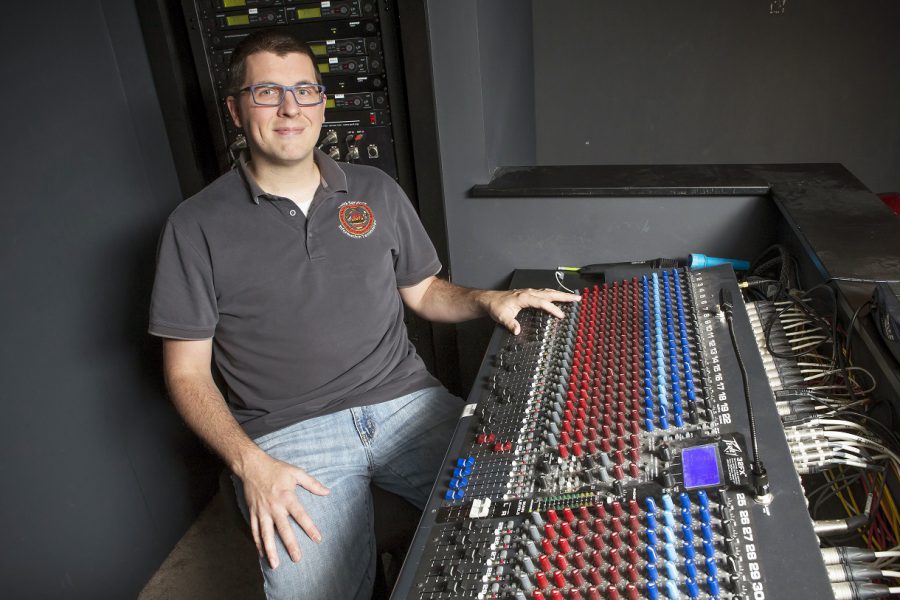 Shawnee Little Theatre has produced plays and musicals for a half-century. That’s an impressive run for an all-volunteer organization that’s only goal is to deliver exciting, meaningful entertainment to the community, including residents of Shawnee, Oklahoma, and Citizen Potawatomi Nation.

Over the years, many CPN tribal members and employees have helped the theater bring productions to life.

“I think it’s a real treasure for our community to have an organization like this,” said artistic director and founder Ronny Jones. “Shawnee Little Theatre has taken the talent from all different walks of life and combined them to produce plays that the community has enjoyed.”

‘We wanted to do a play’

It started the summer after his freshman year of college.

“(A friend and I) had been active in drama in high school, and we wanted to do a play,” Jones said. “We were sort of bored that summer.”

They approached their former drama teacher about launching a community theater.

They staged their first performance in the summer of 1967 in the parish hall of a local church — Philip King’s 1944 play See How They Run. Soon, Shawnee Little Theatre acquired nonprofit status, bylaws and its official name.

In 1975, the organization hosted a community fundraiser to build a more a permanent home.

At the time, The Shawnee News-Star publisher Ross Porter was a friend of famous stage actress, singer, dancer and comedian Carol Channing.

“Porter and his son arranged for Carol Channing to come to Shawnee to help with a fundraising event for our little theater, and there was a dinner and a show at Oklahoma Baptist University to raise money,” Jones said. “She was amazing.”

The new building opened in 1976, and the theater company has called it home ever since.

‘I thought it would be fun’

Citizen Potawatomi Nation Clinic Information Technology Coordinator Dustin Farris made a split-second decision to volunteer. After attending several plays, he realized that he recognized one of the directors.

“I wanted to be involved, and I literally walked into his shop,” Farris said. “I said, ‘Could I be involved?’ and he handed me a script and said, ‘Be here on this day.’ That was it.”

When he began, he had no theater experience.

“I thought it would be fun, and it really is,” he said. “I had no conception of what it would be like to work on a play, and I was very happy I made the choice to be involved.”

Farris’ family also volunteers. While he does not like being the center of attention and prefers backstage work, his wife and two daughters love to act, dance and sing. They all have worked together on musicals.

“It’s great seeing them do something they love to do and be good at it,” he said.

Other CPN tribal members and employees have participated, too. Chairman John “Rocky” Barrett acted in a couple of plays, including the 1971 production of Plaza Suite. His granddaughter Kate Barrett helped with makeup for this season’s Beauty and the Beast.

The Tribe has also sponsored the theater to help sustain the nonprofit community organization.

‘Everyone needs to be involved’

Jones said volunteers like the Farris’ are “the key to our success.”

Farris appreciates that there is always a spot for everyone.

“A community theater like this is a perfect example of a way that anyone from the community, regardless of shape, size or color, can get involved in a play, and it just be fantastic,” he said. “Everyone needs to be involved in putting on a good play.”

Over the last half-century, Jones said some of the company’s most popular plays have been To Kill a Mockingbird, The Sound of Music, How to Succeed in Business Without Really Trying and Little Shop of Horrors.

“We try to balance our seasons every year,” Jones said. “We try to have a mix of musicals, dramas, comedies.”

“We won the state. We won the regional. We went on to nationals, and we placed second in the nation,” Jones said. “It holds a special place in many of our memories at Little Theatre.”

This year’s 2017-’18 season-ending production is the musical Oklahoma!, which runs April 13-21, and is the perfect production to wrap up a hallmark year.

“We’re just glad we made it this far,” Jones said.