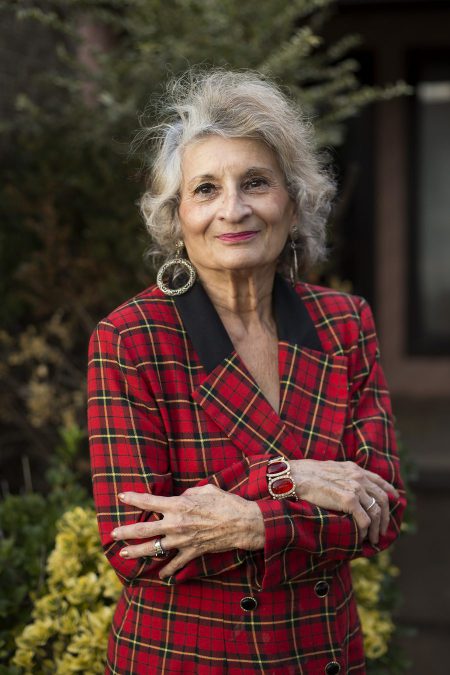 Citizen Potawatomi Nation tribal member Rachel Jacobs almost drowned when she was seven years old. The U.S. Coast Guard had to pull her out of the waters of Lake Michigan.

While it was an intense and defining experience in her life, her new book of poetry does not deal with water. It deals with fire. An artistic person, Jacobs designed the cover of Too Close to the Sun: Poetry & Anecdotes
by Chicago-Okie.

“There’s a lot of heat in the book and in me,” she said. “The cover signifies a female Icarus flying too close to the sun. … Passion … warmth, love, that sort of thing.”

She dedicated the collection to several people, including one brother, who died, and her only child. The inspiration for putting together the poetry she wrote over the years came from a friend, and the volume was published before the new year arrived.

“One day in October, it hit me like lightning. I don’t know; kind of like falling in love,” she said. “I said, ‘Wait a minute; I’m still alive. I’m not dead yet. … I’m going to do something important with my life — I am going to write a book.’”

She began writing again, and while some of the poems and anecdotes came from the past, many of them were written last fall. Jacobs sat down with pen and paper and had a very ethereal experience.

“I came alive; every fiber of my being,” she said. “I felt totally alive.”

Between October and early December, Jacobs wrote, organized and self-published the book. Nov. 7, she transferred her writings onto a computer.

“That was my mother’s and dad’s anniversary,” she said. “I realized it later on, but that wasn’t why. It just happened to be the time that I did it. I sat there and input every word of every poem that evening, and I finished about 11 o’clock that night.”

Her poetry and anecdotes cover a variety of subjects and sensory experiences: fighting fires, the scent of sandalwood, love, gun control, current events and musicians are just a few. Some are funny and lighthearted; others are almost morose and thought-provoking. The book elicits a spectrum of human emotions that come from a lifetime of Jacobs’ learned knowledge.

“It’s in me. Sometimes it just comes out. Sometimes I even speak in rhymes,” she said. “It just seems to be a natural talent that I have.”

To spend time near you

The heat intense and unbearable

There’d be no turning back

When we are one

Keeping with the theme of heat, Jacobs often describes personal relationships and love with terms like “smoldering embers” and their opposites such as “polar winds.” Nature is also a major theme throughout her work. There are images of snow banks, flowers, butterflies, birds, clouds, sunsets and turning leaves.

A couple of the poems address recent California wildfires, including the book’s opener, “It’s Happening.” 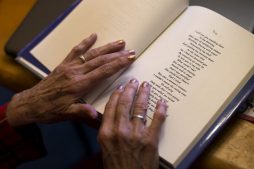 There are also poems about recent mass shootings, drug addiction and modern politics.

“I get a lot of information about some of those things from the news,” she said. “The rest, like the disaster things, are from what has been happening lately.”

Following the poems, the end of the book is filled with anecdotes, most of which are short and fun. They paint pictures of country music singers, gangster Al Capone and musician Ray Charles, one of Jacobs’ favorites in the book. To round it out, a couple of the anecdotes tell stories from the three memorable years she spent teaching kindergarten in Shawnee, Oklahoma, shortly after college.

“I loved it, and I loved all the children,” Jacobs said. “The ones that wanted to were reading because I taught them the alphabet, and we would go over that every day, and I kept books around them.”

Jacobs Potawatomi heritage comes from her mother’s side, and she is a member of the Greemore family.

“How this happened is that (my mother’s) great-great-grandfather was adopted off a covered wagon by Potawatomi Indians — a burning covered wagon — and my grandmother was a Greemore,” she said.

Jacobs graduated from Kiowa High School in Kiowa in 1963 where she ran track and played basketball. She attended Murray State College in Tishomingo, where she studied journalism and wrote editorials for the school newspaper. After earning an associate’s degree, she enrolled at East Central University in Ada, and became the society editor for its student newspaper.

She also studied art and ultimately graduated with a bachelor of arts in education leading to briefly teaching kindergarten in Shawnee.

As for writing poetry, Jacobs said, “No one really taught me to write; it just happened.”

One of her favorite poets is Rudyard Kipling.

In recent years, she has faced health issues that are challenging for a former athlete. She is recovering from joint replacement surgeries on her hips and knees.

“Imagine being an artist and a writer and coming out of surgery with numbness from the shoulders to the fingertips. I have partial feeling,” she said. “That’s how I had to write this, but I just made myself. It’s kind of mind over matter.”
When considering her favorite poem from the book, she came to a self-affirming conclusion: “I like them all pretty much.”

Too Close to the Sun: Poetry & Anecdotes by Chicago-Okie is available in both digital and hardcopy forms on Google Books, Amazon and Kindle.