Potawatomi verbs: How and when to use them 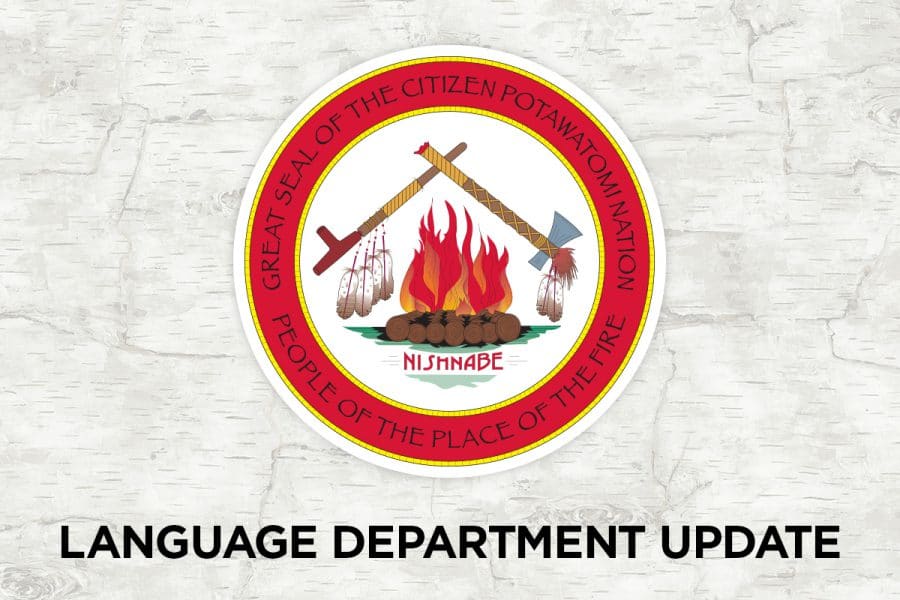 These are used to make statements or ask simple questions. Someone is doing something, but it doesn’t directly affect anyone else or mention the item. Examples include “I am cleaning,” “I went home” and “They left.”

These are often adjectives in English like “It is red,” “They are red,” “It is large,” or “They are large.” Often, weather will also fall into this category. For example, “It’s cold,” or “It’s hot.”

Use these verbs when a person acts with or on an item. Once you mention the item, you use this type of verb. For example, “I see it, the chair,” or “I pick it up, that table.”

This is when someone interacts with someone animate. For instance, “I told them,” “They told us,” or “We saw her or him.”

Use this form when making basic statements and asking simple yes or no questions like, “Are you hungry?” or “Did they leave?”

This is used when asking more complicated questions such as who, what, when and where as well as when there are two verbs in a sentence. The second verb is often put into the conjunct form.

Sentences
Ngom nwi-majimen. — We are leaving today.
Today n-men means “we” but not when speaking directly to the person; for example: Maji — leave
Nago ne ggi-maji?: Did you leave yesterday?
Ni je pi wa majiyek?: When are you all leaving? (conjunct)
Ni pi je ga binchgeyen?: Where did you clean?
Giwek: They are going home.
Gi giwek: They went home.
Wi giwek: They are going to go home.
Giwek ne?: Are they going home?
Wabek ne wi giwek?: Are they going to go home tomorrow?
Konege, wabek wi giwek.: Yes, they are going home tomorrow.
Ni je wi ga majit o kwe?: Why did that woman leave? (he or she)
We ni je giwet?: Who’s going home? (he or she)