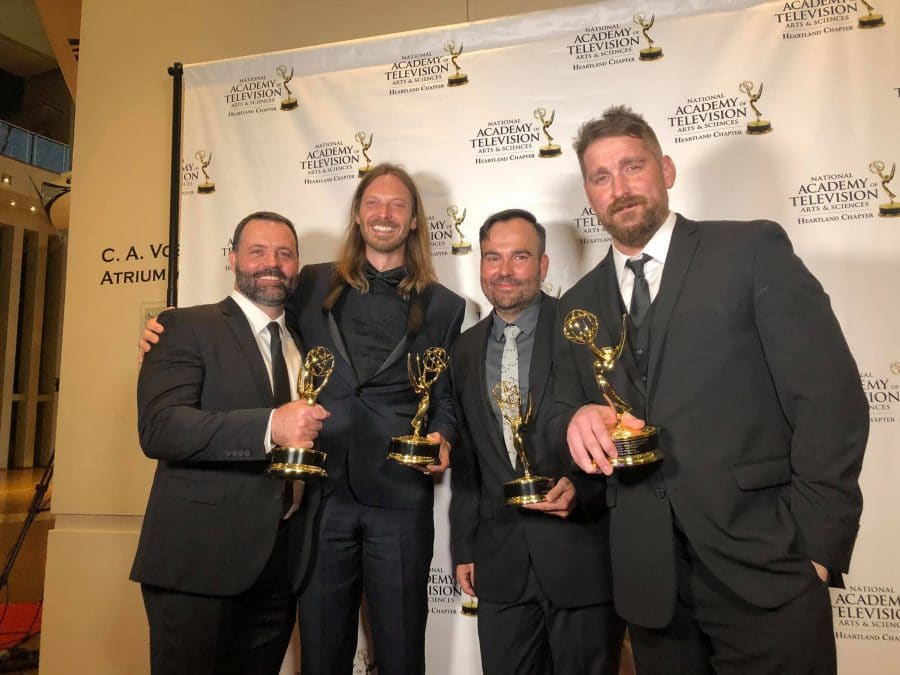 The National Academy of Television Arts & Sciences Heartland Chapter awarded a Play it Loud episode featuring Levi Parham an Emmy in the “Interview or Discussion” category.

Show host Adam Hampton speaks with each artist about their life and experiences that put them on their current musical path. Conversations between Hampton and the artists are interspersed with performances by each episode’s featured performer, with the host’s narration serving as an overarching thread.

The Emmy-winning episode features McAlester, Oklahoma’s Levi Parham, an Americana and blues artist whose third album It’s All Good will follow on the success of his first two albums: Okie Opera released in 2013 and his 2016 record These American Blues.

Play it Loud host Hampton said it is “hard not to smile listening to (Parham’s music); it sounds like every good party you’ve ever been to that might involve a campfire or lake or pool hall.”

The success of the program relies on Hampton’s ability to draw out the stories behind the musicians and their songs, all while allowing the artists to describe to the audience where they came from and hope to go.

“Levi has a way about him that makes him instantly likable in and effortless and honest manner,” said Play it Loud Producer Chad Mathews. “I think his music reflects that as well … pairing that with Adam’s conversational interview style made for a special episode.”

The interview with Parham illustrates that the series is as much about the Oklahoma experience as it is about the artist. During the episode, the eastern Oklahoma native goes into detail about growing up in Oklahoma and explains how that influences his songwriting.

“Every small town kid living in rural America dreams of going to places like LA or New York, searching outside of this little space,” Parham said. “Come to found out years later, or at least I did, there is really cool stuff right in your back yard.”

The series, conceptualized by Chad Mathews and Adam Hampton, serves as a way to feature musical acts that may now attract bigger media outlets.

“We were looking for a way to create unique, branded content within the entertainment field,” Mathews said. “We came to the conclusion that this would be a way for us to create something that seemed to be missing in our market. Ultimately, we have been able to use Play It Loud as a vehicle to connect with the community, support the arts and drive brand awareness for the Grand Casino Hotel & Resort.”

In doing this, Hampton and Mathews also sought to provide a positive outlet for the musicians’ exposure in the local community. A unique aspect of Play it Loud accomplishes the latter; featured artists from the series perform at the Grand Event Center while the proceeds from the concert benefit Oklahoma nonprofits that support and uplift artists in need across the state.

“The concept of a web and community-based music and concert series is authentic. It’s new. It brings everything together: music fans, musicians, community, and charity,” added Mathews. “It breaks through that noise.”

Play it Loud examines different kinds of musicians in a documentary-style interview series that highlights their journey as artists in Oklahoma and around the world.

“Our approach was that maybe part of the appeal of our series was that I could come at it from a different perspective and compare some battle scars, which makes sense because the beauty of trying to address multiple genres of music is to maybe introduce people to something they don’t normally listen to,” Hampton said.