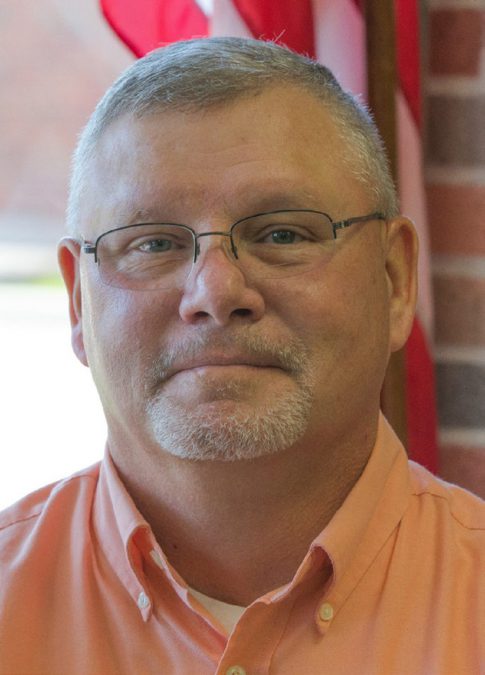 Even for those with experience in the rules and regulations tied to their service in the U.S. armed forces, many veterans and their families are beguiled by the bureaucratic challenges that confront them during interactions with the U.S. Veterans Administration. After decades of highly publicized scandals though, some inroads are being made by the very men and women who once sought services from the VA.

A new face at CPN is Oklahoma Department of Veterans Affairs Service Representative Steve Webb, who travels to the tribe’s FireLake complex once a week to meet with tribal veterans and get them information on the benefits and services to they have
earned.

Originally from Antlers, Oklahoma, Webb is a good example of the positive impact service in the U.S. armed forces can have on an individual.

Antlers, a small community nearly three hours southeast of Oklahoma City, is nestled in the wooded, eastern portions of the state. Then and now, there were limited options for work. From a young age, Webb said he knew that he would eventually
end up in the military.

“In the late 70s or early 80s, if you weren’t in the top of the high school class, you didn’t go to college,” he explained. “You either went to the workforce or the military. The only workforce that’s around Antlers is the log woods, and I’d had all that I wanted.”

“I did not graduate high school. I joined the Army, got my GED while in the Army, and while I was in I got my (college) degrees, and the State of Oklahoma issued me a high school diploma,” said Webb. “I owe the Army for everything.”

He went in in 1982 and served 24 years, seeing the changes from what he termed the “old army to the new army, to the new, new army to today’s army.”

Webb’s service, which ended in 2012, included stints in the U.S. Army Reserve and the National Guard. He had seven deployments to places like Grenada, Panama, Iraq, Afghanistan and the Balkans. By his calculations, he was away approximately 10 years during his 24 years in the service.

“It took me 30 years to get a 20 year retirement,” he said jokingly. “But I experienced things that I wouldn’t take money for.”

Those experiences were tied to what Webb described as his propensity to be an adrenaline junkie. Listing off his career path and qualifications, Webb said he followed the old Army promotional line to “Be all that you can be.”

“Communications, infantry, artillery. I’m airborne qualified, ranger qualified with 283 jumps, three combat jumps. I did everything I possibly could,” he recounted.

However Webb did note that the arduous physical activity during his military service took a toll on his body, one still being paid today.

“My body is tore up; bad knees, bad back, bad shoulders, bad feet.”

The result of injuries led him to interactions with the Veterans’ Administration, a challenge all its own even for a man used to the bureaucracy that an institution like the armed forces. During a visit at the VA Hospital in Muskogee, Oklahoma, Webb spoke to a representative with the Oklahoma Department of Veterans Affairs about his claim. The representative asked Webb if he was looking for a better paying job. Webb took him up on the offer, and since then he has served as a veteran service representative ever since.

All 50 U.S. states have individual departments of veteran affairs. These offices employ personnel trained by the VA but who are employees of the states. Find one in your area here: https://www.va.gov/statedva.htm.

Serving as a veteran service representative, Webb said the focus of his day-to-day work is informing American veterans of the benefits they’re entitled to. Many, and he included himself in this assessment prior to his employment with the ODVA, just don’t know what is out there.

“That’s why I like my job, its veterans helping veterans.”

One distinct aspect of his work that Webb is focusing on is outreach to tribal veterans. Instead of hoping that tribal veterans, or the spouses of vets with tribal citizenship, come to the VA, Webb and others like him have begun travelling to the tribes cross Oklahoma. He has an office in the Social Services & Workforce Building at the Citizen Potawatomi Nation’s FireLake complex where he meets with vets each Tuesday. On Thursdays he is in the Seminole Nation in nearby Wewoka, Oklahoma. Fellow veteran service representatives visit other tribal nations like the Chickasaws, Cherokees and others around Oklahoma.

This has been a strategic outreach for veteran service representatives like Webb, whose wife and daughter are citizens of the Chickasaw Nation.

“I don’t mean this in a bad way, but many tribal members only trust other tribal members,” he explained. He noted that in the three years in his current position, one constant is that many Native Americans will first reach out for support to their tribal government.

“Well if we’re here at the tribal government that they trust, they’ll get referred to us, and we’re going to help them. My goal is to help all veterans, tribal, non-tribal, to get what they have earned.”

The biggest challenge Webb faces is combatting misinformation, often spread through word of mouth, about what will and will not qualify a veteran for the services they are entitled to through the VA.

“On a daily basis I hear ‘If I file for PTSD, I can’t carry a weapon or be a police officer,’ or ‘I didn’t know that was a disability,’” he recalled. “Something that someone has learned to live with, tinnitus, or ringing in the ears, we can get that service connected a lot of times. Sometimes they just don’t know what they can file for.”

He said that another concern he often hears is from service veterans who feel they haven’t earned the right to VA programs because they don’t feel injured or carry visible scars of their service.

“It’s the military mind set. They think ‘I’ve got all my arms and legs, someone else deserves it more than I do.’”

Webb and other ODVA receive training on updated Veteran’s Administration policies and procedures every three months, giving them a leg up  on many well-meaning volunteer organizations. He is emphatic that no veteran try to file with the VA on their own, but seek out professionals who understand the system in order to help them get their claims started.

“A trained service officer that is accredited through the VA will help you get what you’ve earned,” said the former Army soldier. “Because we’re only entitled to one thing; a grateful nation for our service. Everything else, we’ve earned.”

Webb is available to meet with tribal veterans at the Citizen Potawatomi Nation Social Service & Workforce Building next to the CPN Tribal Administration Building at the FireLake Complex. He encourages veterans of all ethnicities to contact him, including families of veterans who may have questions about services at the VA. He can be reached at (918) 397-2566 or by emailing swebb@odva.state.ok.us.

“I’m paid by the state, but I work for my veterans,” he concluded.