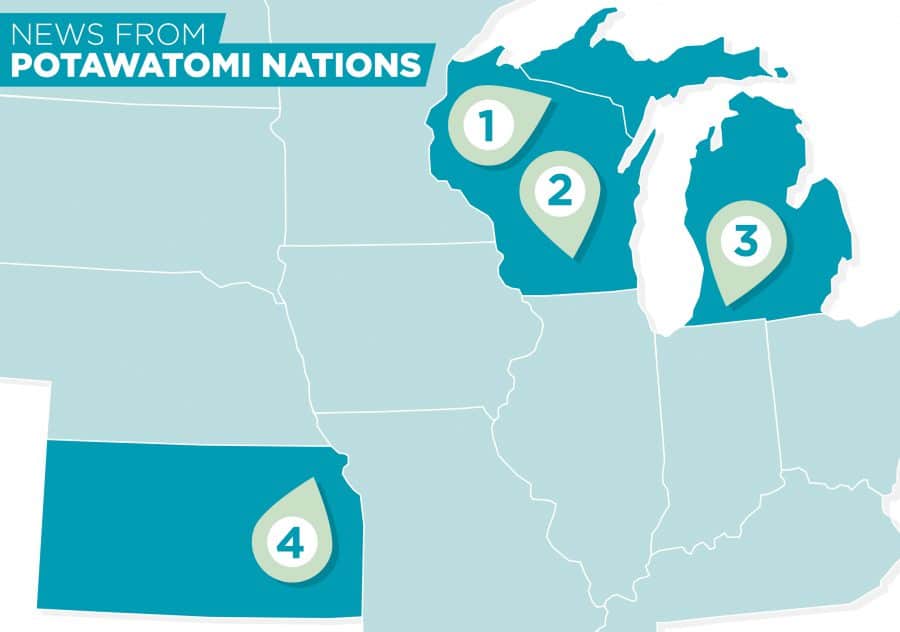 Rhinelander, Wisconsin: This year, the Forest County Potawatomi Community begins several initiatives in an effort to combat the opioid epidemic’s impact. FCPC will supplement $450,000 to help fund a public awareness campaign targeting residents across the Wisconsin county named for the tribe. The county will use FCPC dollars to fund additional law enforcement officer positions. One officer will specifically work with youth across the tribal community. Learn more about the initiative from WSAU News and Talk Radio at cpn.news/WSAU.

Madison, Wisconsin: The government of outgoing Wisconsin Governor Scott Walker reached an agreement with the Forest County Potawatomi at the end of 2018 that could allow the tribe to reduce payments to the state by up to $250 million. Sources in the governor’s office said the agreement, if approved by the U.S. Bureau of Indian Affairs, would end more than a decade of disputes between the two governments. Learn more about the agreement from the Milwaukee Journal Sentinel at cpn.news/Forest250.

Dowagiac, Michigan: A $25 million expansion project at the Pokagon Band of Potawatomi’s Rodgers Lake Campus will enlarge the tribe’s existing health services building, provide capital to construct a justice center and fund an entirely new water system to replace the community’s well water network. The justice center will house a tribal court and police department, while a Pokagon Family Center near the expanded clinic will host meetings, powwows and other gatherings. Read more from the South Bend Tribune at cpn.news/PokagonXpand.

Mayetta, Kansas: The Prairie Band Potawatomi Tribe signed a first-of-its-kind agreement with the U.S. Department of Agriculture and U.S. Bureau of Indian Affairs in December 2018 that restores approximately 30 acres of tribal wetlands. The 30-year agreement allows for the restoration of degraded PBPT wetlands that will be protected and managed by the tribe’s federal partners. Read more from the High Plains/Midwest Ag Journal at cpn.news/PBPTwetland.