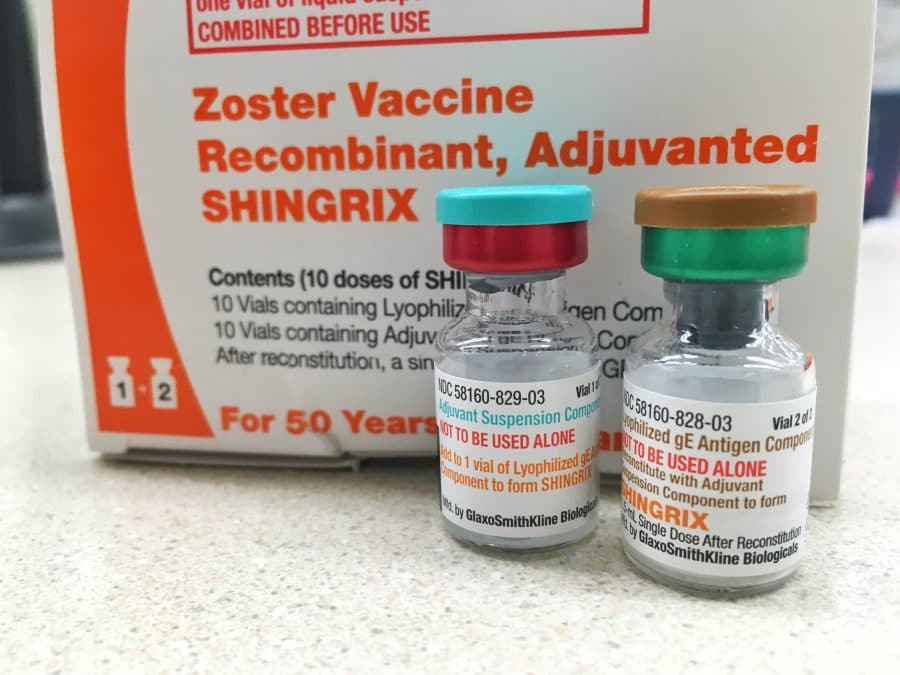 The new vaccine Shingrix was approved by the FDA in late 2017.

A new vaccine is now available to fight shingles. Shingles occurs in more than 1 million people in the United States every year, as a rash brought on by the herpes varicella zoster virus that our body quietly holds after we have the chicken pox illness.

Almost all adults over age 40 experienced chicken pox as a child. The virus now resides inside our nervous system with the ability to cause a painful rash when it is activated. The rash usually follows the layout of nerves from the spine to other parts of the body, generally occurring on only one side of the body at a time.

In approximately 20 percent of shingles cases, the inflammation from the rash leads to chronic nerve pain called post-herpetic neuralgia. It is more likely to occur if you are over age 60 with a naturally lowered immune system, or you undergo chemotherapy or take immune-suppressing medication that chemically reduces your immune system. With the lowered immune system, the herpes zoster virus has difficulty healing following the shingles outbreak.

All the problems associated with shingles led pharmaceutical companies to investigate ways to help us avoid this illness. The Food and Drug Administration approved its first attempt, the Zoster vaccine, in 2006 for persons age 60 and older. This vaccine reduced the severity of most shingles cases but did not stop the formation of post-herpetic neuralgia. Zoster was also a live vaccine, rather than a “killed” vaccine like the current flu and pneumonia vaccines, containing a modified form of the live chicken pox virus.

One of the problems with this vaccine was that it was not as effective at stopping shingles as hoped. The best it could do was lower our risk of having shingles by 50 percent. If we were age 70 or older when we received the vaccine, the chance of not getting shingles lowered to 41 percent and reduced to 18 percent if the vaccine was received after the age of 80.

Research in ways to control shingles continued, and in late 2017, the FDA approved a different type of vaccine, Shingrix. In February, the Centers for Disease Control and Prevention (CDC) recommended that it replace the Zoster vaccine due to it being more effective in preventing both shingles and post-herpetic neuralgia.

The CDC states that the protection level against shingles stays above 90 percent for at least the first four years following vaccination in persons age 70 and older. Protection against post-herpetic neuralgia also appears to be improved, remaining 71 percent effective for this same age group.

Due to limited research at this time, though, the new vaccine is only recommended to those with a strong immune system. The vaccine manufacturer, GlaxoSmithKline, and the FDA recommend that persons experiencing illnesses or treatments that reduce the immune system, such as cancer, HIV, or organ transplants, not yet receive the Shingrix vaccine.