Shop with a Cop brings together community, law enforcement 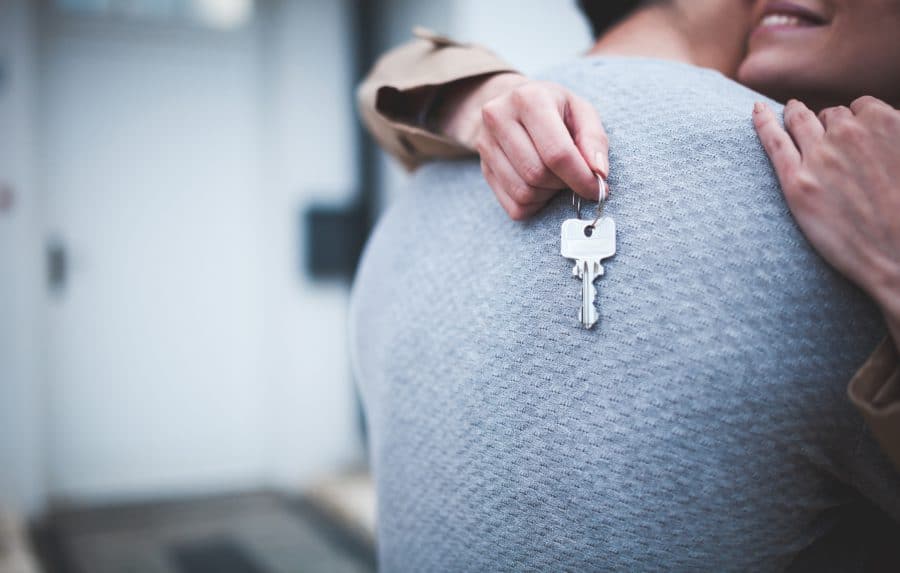 Among the big surprises of 2020 was a nationwide surge in housing sales. It seemed to be both a buyer and seller’s market with low interest rates pushing those looking to snap up available properties at a breakneck speed. This mostly affected metropolitan areas, and the Citizen Potawatomi Nation Housing Department noticed the change across the country.

“Whenever the pandemic hit us, I kind of expected everything to just kind of go flat. When the unemployment rates were rising, we didn’t expect people to venture out there and do a lot of home buying,” said Housing Department Director Scott George.

U.S. Census Bureau data showed new home sales increased 43 percent in August 2020 compared to the same month in 2019. According to the National Association of Home Builders/Wells Fargo Housing Market Index, national sales-adjusted inventory decreased to its lowest level since at least 1963 at the end of the summer.

“I guess you could attribute that to people that maintain their jobs throughout this pandemic were usually white collar workers that had some sort of stability in their (jobs) and were able to work from home — things of that nature,” George said. “That’s the only thing I could think it was, and they took advantage of those (low interest) rates because of it.”

Dropping down to two percent at times, the rates drove the market and allowed some homeowners to refinance for a lower monthly payment. Many first-time homebuyers also made purchases, which contributed to the competitiveness.

“They could buy more of a house than maybe what they thought they could have at a previous time with the previous interest rates,” said homeownership manager Sherry Byers.

“It was surprising that people would take that big of a chance, and maybe it was just too good of a chance to pass up,” George said.

The housing department processed one of the highest numbers of applications per fiscal year for the Tribe’s down payment and closing cost assistance grant since it began in 1998. Byers receives approximately 100 plus applications annually; however, she passed 230 requests before Oct. 1, despite an initial decrease in the spring.

The program provides a maximum of $2,125 toward a down payment and/or closing costs to CPN members across the country. The department recommends Oklahomans mortgage with the CPN-owned First National Bank & Trust Co., and the Tribal member’s name must be on the loan. The funding may not be used toward a mobile home, and the structure must be the applicant’s primary residence.

“We can do the grant anywhere in the United States, one time only, and there are no income limits. So pretty much as long as you fit the criteria of the program, you’re pretty much eligible, if you submit all the required paperwork,” Byers said.

She judged the shift in the market by the piles of applications on her desk and stepped up to meet the time restraints that come with closing dates.

“It’s very hard for me to leave the office or take off because I have a lot of work that’s either waiting on me, or I work a lot from home or during odd office hours because we have laptops at home just to try to keep up,” Byers said.

While many Tribal members in Oklahoma applied for the grant in 2020, others from across the country took advantage of it more. George explained this reflects the housing market in rural Oklahoma, and in particular, Pottawatomie County.

“We don’t really see a lot of people buying in this area right now,” he said. “We’ve got some, but not as much as there has been on either coast and various other places. So I don’t know if it will trend like everything else does and eventually fall back to the middle of the country and we’ll wind up doing a lot here or not.”

Applying for the Housing and Urban Development and CPN-funded one-time grant requires effort from several departments, both within the housing office and the Tribe as a whole, including accounting, environmental and Tribal rolls.

“We have so many people that have lost their Tribal cards, or they say they never got a Tribal card. So, I’m in constant contact with Tribal Rolls. Accounting has been wonderful with their treasury accountant on helping in requesting the checks and everything from FNB. It’s a mixture of departments to get all of this done, but it originates here,” Byers said.

She and George encourage Tribal members across the United States to contact the housing department when purchasing a home to discuss their options, especially the one-time grant, regardless of the market.

“There’s so many people just even in this immediate area that did not seem to know about the program. And when I say, ‘Well, we’ve had it for almost 22 years,’ they’re just flabbergasted,” Byers said.

The 2021 fiscal year was off to a busy start on Oct. 1, 2020, with plenty of requests continuing to pour in by the end of December. She and George look forward to watching the housing market in 2021 and helping Tribal members everywhere.

Find out more about the down payment and closing cost assistance grant program at cpn.news/onetimegrant and cpn.news/housing.