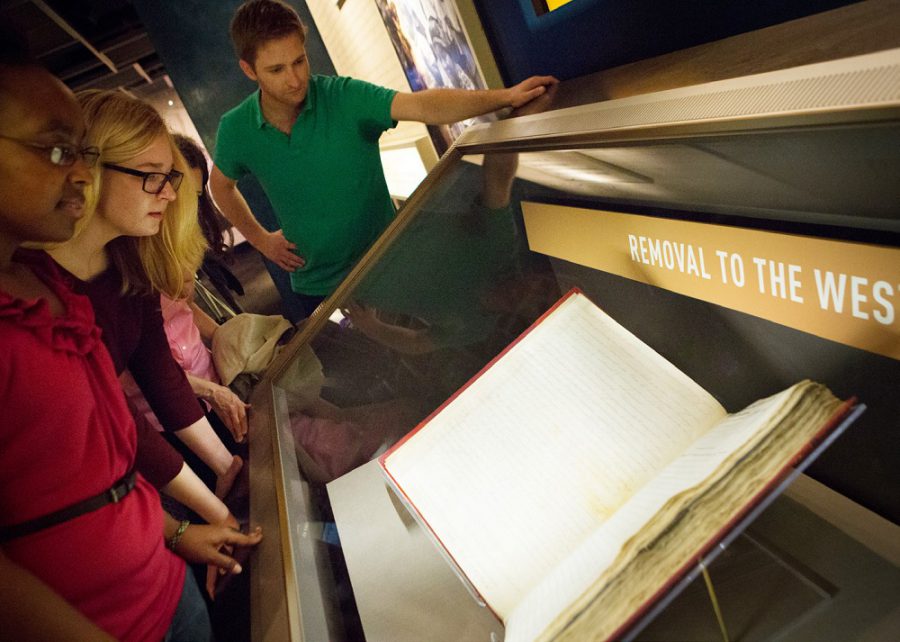 In 1830, President Andrew Jackson signed the Indian Removal Act into law, which allowed him to negotiate removal treaties with Native American tribes living east of the Mississippi River.

Although emigration was initially voluntary, many tribes resisted and found themselves relocated by military force to Indian Territory, present day Oklahoma, on marches like the Cherokee Trail of Tears and the Potawatomi Trail of Death. The National Archives in Washington chose to display the original document for the first time earlier this year.

“I think it’s important that the National Archives, which takes care of our historic things as a nation, does not try to whitewash our history. It also displays the warts and the scars for people to look at and have this conversation,” said Citizen Potawatomi Nation Cultural Heritage Center Director Kelli Mosteller. “Seeing words in this document that had such an impact triggers emotions that are important to deal with as a country.”

Mosteller commended the National Archives for displaying the document, although it is not one of the country’s proudest moments. She believes the entire country has a responsibility to understand the consequences of this document, not only Native people.

“It’s important not just for Native people, but for non-Native people to grapple with this history and what this document meant,” she said. “We display these documents we are so proud of, but we have to do the same with those we are not proud of as well. This document has ramifications, and it changed the tide of history for Native Americans and non-Natives in this country.”

The consequences of this act included forced removals of thousands of Native people from their homelands and claimed a catastrophic amount of lives, the ability for the United States government to write treaties that were often manipulative or broken, and the loss of entire cultures and ways of life. Mosteller explained why seeing the original document of such an important act can cause an emotional reaction.

“Documents are one of those things that people may perceive as boring, but when you see them in person, it triggers something. When you see the signatures and the actual words on paper, written about what was about to happen to our people, it is a strangely emotional thing,” she said. “It is a similar reaction as when you go through a loved one’s belongings, and you see a handwritten note; it can strike a chord.”

To protect the document from wear, the original piece of history was only on display for a short time. However, anyone interested in learning more about accords between the United States government and Native American Nations, the National Museum of the American Indian is displaying several, including two Potawatomi treaties, in the exhibit Nation to Nation: Treaties Between the United States and American Indian Nations until 2021.

The Nation to Nation: Treaties Between the United States and American Indian Nations exhibit: nmai.si.edu/nationtonation