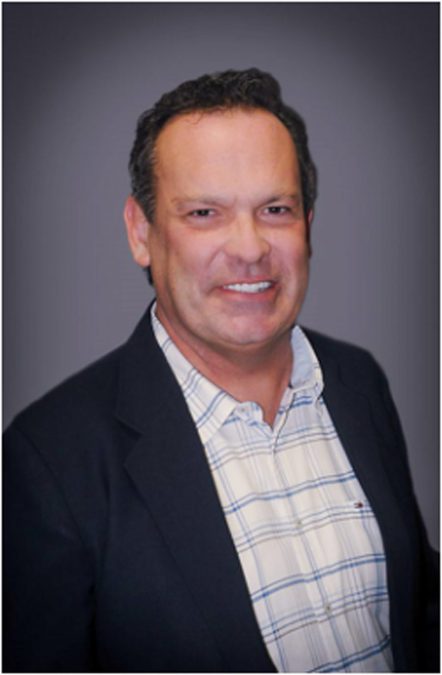 Law school: University of Iowa School of Law and Yale Law School, where he edited the Yale Journal on Regulation, earned the Barrister’s Prize for Trial Advocacy, and volunteered with the Temporary Restraining Order Project for Battered Women.

Nothing is small in Mark Hubble’s world, not even the town of Purcell, Oklahoma, where around 3,500 people lived when he was born to Fred and Linda Hubble.

They spent a lot of time with family, including his Grandma Ruby, near Shawnee and Prague.

“We were here before the casinos and before the gaming,” he said during a recent telephone interview with the Hownikan. “My mom worked at the University of Oklahoma for 30-plus years. My sister is the principal of the new Moore High.”

Today, he lives in Iowa and regularly travels home to visit family. While his roots are deep, he said he also moved around a lot when he was younger, living in Alaska and Texas.

Similarly, he finds himself traveling as he meets tribes, with a mission to diversify not only Meskwaki’s financial base beyond casinos and gaming but also those with whom he meets. In recent weeks, he traveled to California, Massachusetts, Oklahoma and North Carolina.

Hubble is CEO of Meskwaki Inc. in Tama, Iowa, where he develops and manages logistics of nongaming companies for the Meskwaki Nation Sac & Fox Tribe of the Mississippi in Iowa.

Since 2014, when he accepted the job, he’s helped establish, manage and grow 12 tribe-based enterprises, including manufacturing and distribution, construction, fuel blending, real estate, building supplies, tobacco and vaping, a travel plaza and selling Native-made wholesale and retail products such as luxury goods, hot sauce and coffee.

“What do I do as CEO?” he asked. “A little of everything. I’m usually trying to put a lot of different things together, sometimes at the same time. Especially in a fast-growing company, it’s a hodgepodge of different tasks, and they usually come in stages.”

Meskwaki Inc. is a fast-moving company. Several years ago, it employed one person. That number has since grown to 80, with plans to hire five to 10 more distribution-side staff this year, Hubble said. Including gaming enterprises, the tribe is already the largest business employer in Iowa’s Tama County. 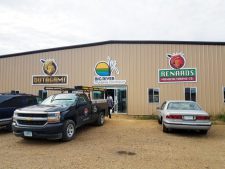 Hubble helped to oversee construction of a 30,000-square foot warehouse and manufacturing facility.

“If you think about it, they go in order,” Hubble explained. “You want to start with the stuff that’s already profitable or that you can make profitable as quickly as possible so that you have a base in which to succeed. Then, we moved to distribution, because it was the next thing we thought we could make profitable.

“The longer-term success would be in the government contracting arena. Those three will probably be our focus for some time.”

The diversity is critical to Meskwaki’s future. While known for its marquee casino and bingo hall like many other tribes, non-Native competition in many states, including Iowa, keeps growing, Hubble said.

“That’s always a challenge because, especially with tribes that have had successful casinos and have never really attempted to diversify, they had a desire but never made the leap,” he explained. “It is an education, and it’s a learning curve. It doesn’t provide the immediate results that a gaming facility often does.”

As for benchmarking business diversity, he said Citizen Potawatomi Nation is a leading model. The Meskwaki Nation Sac & Fox Tribe of the Mississippi in Iowa has between 1,300 and 1,400 enrolled members. Comparatively, global CPN membership tops 34,000.

“Right now, a lot of what I’ve been doing is traveling for business development from tribe to tribe and meeting a lot of the other tribes who want to collaborate with or purchase some of the products that we sell or partner with on certain ventures,” he said.

His background in tribal law also informs many of Hubble’s business decisions.

Before his CEO gig with Meskwaki, he was COO for the Winnebago Tribe of Nebraska’s Ho-Chunk Incorporated, where he helped grow nongaming business enterprises before becoming the tribe’s general counsel and attorney general. While there, he also earned his master’s degree at Stanford University Graduate School of Business in Palo Alto, California.

“I would fly out to California almost every two weeks,” Hubble said. “It was a busy time.”

His work with Dorsey & Whitney law firm in Minneapolis connected him with the Winnebago. Lance Morgan, who also worked with the firm, founded Ho-Chunk in 1994 and is its president and CEO.

“My career path was really affected at the Dorsey & Whitney law firm,” where he practiced Indian law, Hubble said. “Lance also worked there, and when he went down to start Ho-Chunk Inc., I started with them. And that process is what made me want to do this as well, both from a legal and then from an economic point of view, work on behalf of tribes.

Although he studied tribal advocacy law at Yale, his future crystalized after graduating. He originally majored in chemical engineering at the University of Oklahoma, with aspirations of becoming a doctor.

“But then calculus happened,” he said, then laughed. He joked that he went for an “easier” degree and ended up at Yale and Stanford, where he cultivated his passion to build and protect tribal sovereignty.

“The journey’s been anything but easy,” he said as he recounted satisfying career achievements. “I’ve worked several important cases since I started doing this — one went to the 10th Circuit Court of Appeals. The state of Kansas attempted to seize the fuel trucks and to tax tribal fuels. We had to go to U.S. District Court to get that stopped.

“The other most satisfying personal and professional achievement is in the works right now, which is diversifying the Meskwaki economy so that it’s not dependent on gaming. This work takes time, but a lot of those things are starting to come to fruition.”