Kasie Nichols recognized at Woman of the Year awards 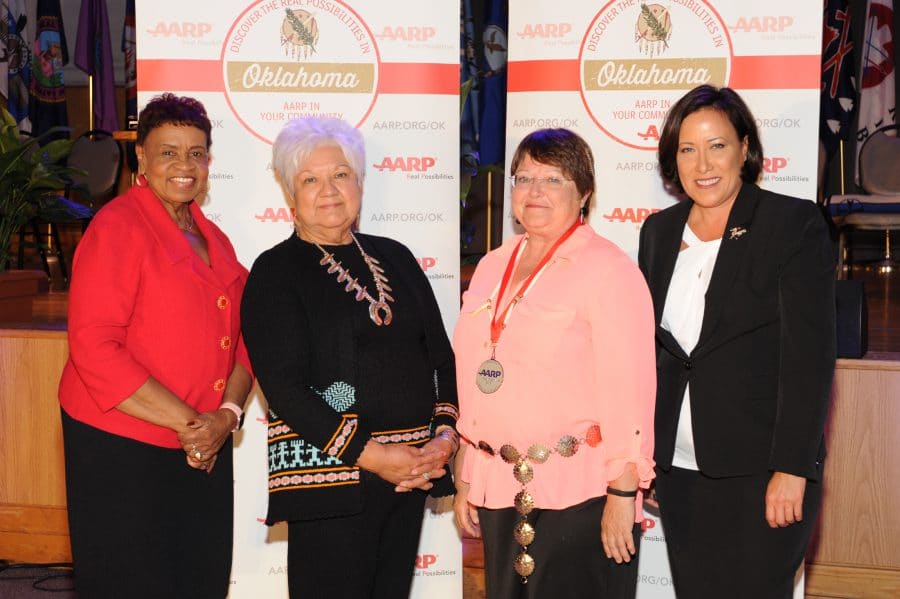 This year, Workforce Development & Social Services Assistant Director Margaret Zientek became the 14th Citizen Potawatomi Nation member named an AARP Oklahoma Indian Elder honoree. Recognized for their contribution to and sustainment of their tribes, 52 recipients received their awards during a banquet at the National Cowboy & Western Heritage Museum in Oklahoma City on Oct. 1.

In a press release, AARP Oklahoma State Director Sean Voskuhl said, “This event celebrates a lifetime of service from these distinguished elders who have positively impacted their community, family, tribe and nation. For some, their service is well-known and well-documented, but others shy away from recognition as they quietly exhibit devotion to their communities.”

After more than two decades, Zientek’s labors of love vary across a wide variety of services and purposes. She began working for CPN in 1997, searching for a job in the area following a move back to Shawnee, Oklahoma. Serving family and other Native Americans in the Workforce Development & Social Services Department quickly became a career focus.

In the late 90s, the Tribe completed the certification process to administer funds and services via the 477 program, which lifts some of the federal budgetary restraints and allows CPN to provide education and professional assistance to Native Americans within its service area. Developing that program from the beginning into the Workforce Development & Social Services department remains one of the biggest accomplishments of her time with the Nation.

Since then, she has also fought for the larger Native American community by addressing Congress and providing a tribal perspective on the importance of 477 programs and their impact throughout the United States. She regularly advocates for tribal self-governance and the rights of Native nations to use that funding as they see fit.

AARP recognized Zientek for not only her contributions as an employee but also as a leader in Tribal culture and mentor. A descendant of the Pecore family, her grandfather served as Tribal chairman decades ago, and she grew up around CPN lands. Zientek’s brother and daughter also work for CPN as department heads.

Many younger Potawatomi know her as “Mama Z.” Each summer, she lives with the new Potawatomi Leadership Program class and serves as their House Mother. Zientek teaches the 10 college students how to cultivate their Indigenous identities and become more connected to the Tribe during their intense six-week internship.

Joining the over 500 AARP Oklahoma Indian Elder alumni is only a small migwetch (thank you) to Zientek. Her name is now listed next to Chairman John “Rocky” Barrett and Vice-Chairman Linda Capps as a few of the many deserving Citizen Potawatomi bestowed the honor.