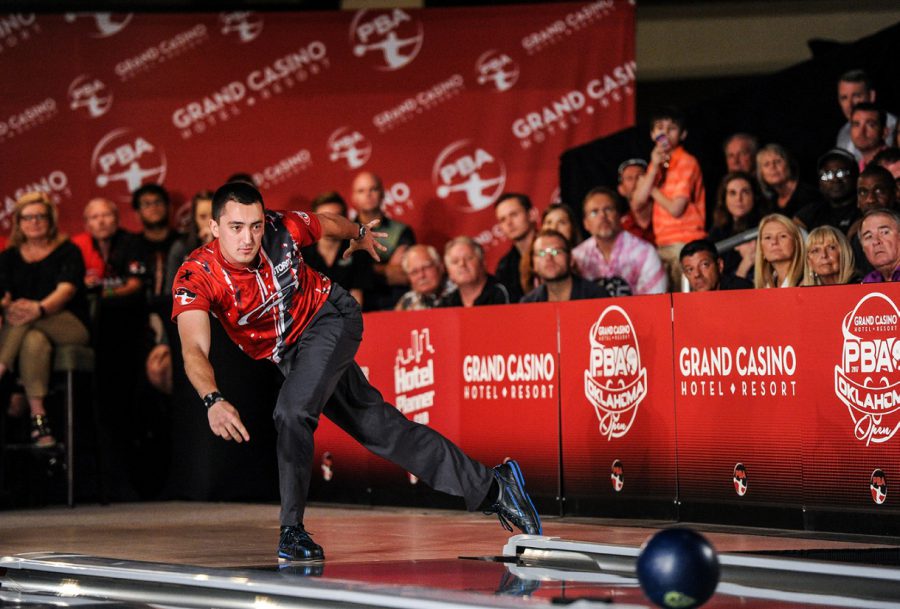 “That was a lot harder than I wanted to work,” said 24-year-old Kent, “but I’m grateful to be standing here as the winner. It’s a dream come true.”

The two competed on a live ESPN broadcast on July 2, with spectators from around the area watching two of the world’s best bowlers compete at the Grand Event Center.

Kent’s win capped off a week of bowling at Citizen Potawatomi Nation facilities, with bowlers competing in qualifying rounds at FireLake Bowling Center. The semi-finals and finals took place at the Grand Event Center, also owned by the tribe.

“This was another great showing of what Citizen Potawatomi Nation means for professional bowling,” said FireLake Bowling Center Director Blake Starr. “The tribe has committed to hosting these fantastic events, and the Oklahoma Open was just another example of the great partnership between CPN and the PBA.”

Though Kent came out on top, there were several familiar faces to regular attendees of PBA events at FireLake. Finishing second behind Barnes, was former world player of the year Jason Belmonte of Australia coming in third. Rhino Page of Orlando, Florida placed fourth and last year’s winner of the FireLake-PBA Tournament of Champions, Jesper Svensson of Sweden took fifth.

Citizen Potawatomi Nation has established itself as a premier destination for professional bowling competitions, regularly hosting large PBA-affiliated competitions at FireLake Bowling Center, FireLake Arena and the Grand Casino Hotel Resort Event Center. In 2016 and 2017 it hosted the FireLake-PBA Tournament of Champions, while in 2015 it hosted the PBA-Grand Casino Summer Swing.