Jesse rides into a new season

Colten Jesse says his love for bull riding is “in his blood.” Photo provided 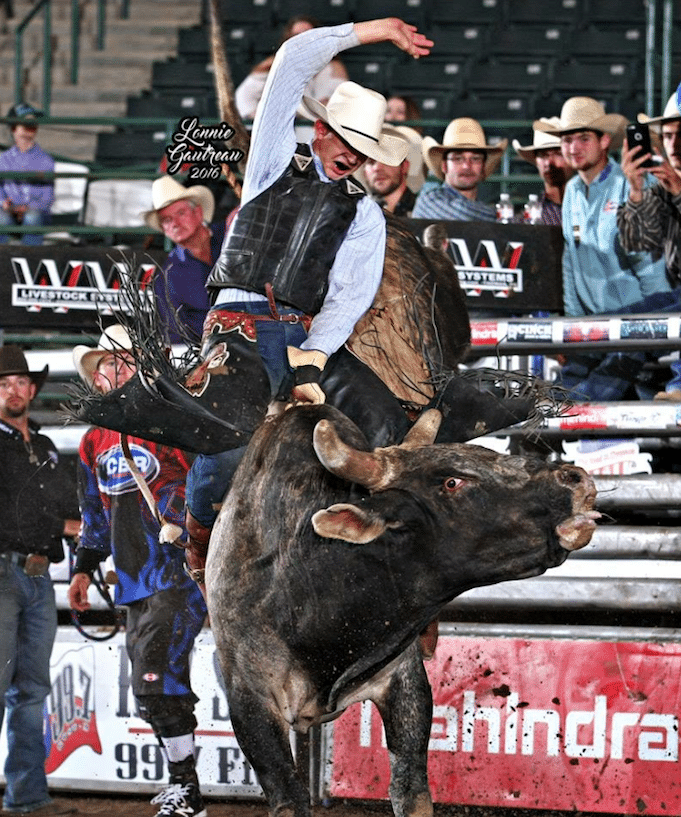 Colten Jesse says his love for bull riding is “in his blood.” Photo provided

There is a reason why bull riding is referred to as “the most dangerous eight seconds in sports.” For the everyday person, riding a 1,500-pound angry bull whose main goal is to buck you off is somewhat of a death wish, but for Colten Jesse, it’s his only wish.

“I ride bulls because I love it more than anything. It’s my passion and a deep desire within me, and I’m striving to be the best,” Jesse said. “The fact that I can make a very good living at it is just a bonus.”

Jesse has been riding his whole life. He grew up watching his father ride bulls. As the saying goes, ‘like father, like son.’ “He put me on my first sheep when I was about four years old, and I’ve been in love with it ever since,” he said.

His father is Seminole, and his mother is Potawatomi, from the Shopwatuck family.

“I’ve always been proud of my Native American background and heritage,” Jesse said.

Jesse says that his family encourages him.

“I’m extremely blessed with all the support I’ve received from my parents,” he said.

‘I love everything about this sport’

Jesse notes there is an important difference between strictly bull riding events and rodeos. In bull riding, riders are drawn a stock number assigning each a bull for the event.

A qualified ride is eight seconds. If a rider qualifies, the judges then score the ride on the bull’s bucking ability from one to 50. The rider is also scored on a scale from one to 50 and the scores are then combined to make the total ride score.

“I love everything about this sport. It’s been in my blood ever since I was born. The feeling of making a good ride and stepping off compares to no other feeling in the world,” Jesse said.

Despite the chaos that goes along with the sport, Jesse keeps a calm head. He said regardless of what his facial expressions may convey in pictures, he hardly gets too excited.

“I’m not really one to show any emotion, but that’s because I almost have none before I get on. I’m calm and relaxed, and ready to do my job,” Jesse explained.

Bull riding comes with its ups and downs, and according to Jesse, that’s just a part of it.

“I recently just came off of a hip labral repair which had me out of competition from late January to early July. Risk is always present in this sport, but the rewards are endless and abundant,” he said.

Although he didn’t win as many competitions as he hoped, Jesse still managed to do well in some major events last year. He took first in the Las Vegas, Nevada, Helldorado Days Professional Rodeo Cowboys Association, the Lovington, New Mexico, Professional Rodeo Cowboys Association, Xtreme Bulls and qualified for the Championship Bull Riding World Finals.

“There’s a lot to come, trust me on that. I’m young and just basically getting started on my professional career,” he said. “Injuries have kind of held me back. The best is yet to come, but it’s coming,” Jesse said.

Jesse said she is transitioning over to the Professional Bull Riders organization and hopes to win multiple world titles and then retire around 30 years old.