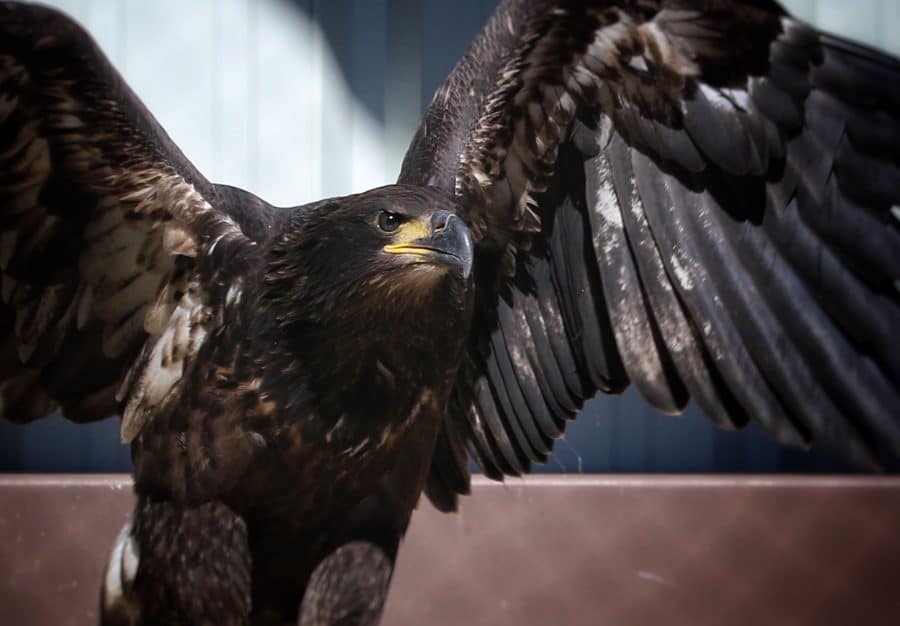 This episode focuses on art created by Tribal members, highlighting both a stop-motion animator and a painter who mixes foundations of Native American art with eclecticism. A staff member of the CPN Eagle Aviary teaches the similarities and differences between bald and golden eagles, which the aviary houses.

Oklahoma native and CPN member Stuart Sampson finds inspiration for his paintings in the feel and composition of everything from Potawatomi artifacts to post-impressionism. The Hownikan’s Mary Belle Zook discussed his artistic style, heritage and new works over coffee at Oklahoma City’s The Red Cup.

You can browse Stuart Sampson’s catalog at stuartsampsonart.com.

The bald eagle is revered in North America, both as the national animal of the United States and by Native American tribes as a warrior and messenger. However, Indigenous people across the continent feel a connection to different kinds of eagles, including the golden eagle .The Citizen Potawatomi Nation Eagle Aviary houses both species, and Aviary Manager Jennifer Randell discusses their similarities and difference.

The CPN Eagle Aviary construction was funded in part by a U.S. Fish and Wildlife Service grant. Aviary tours are available by appointment only. For more information, visit potawatomiheritage.com or email aviary@potawatomi.org.

Puppetry, instillation exhibits, painting and set design are only a few skills of artist Nicole Emmons. However, stop-motion animation is one of the highlights of the Citizen Potawatomi Nation tribal member’s filmography. It is a style of filmmaking where meticulously moving the subject matter a tiny bit at a time and photographing single frames creates the appearance of movement. Emmons discusses her ancestry, inspiration and thoughts on art.